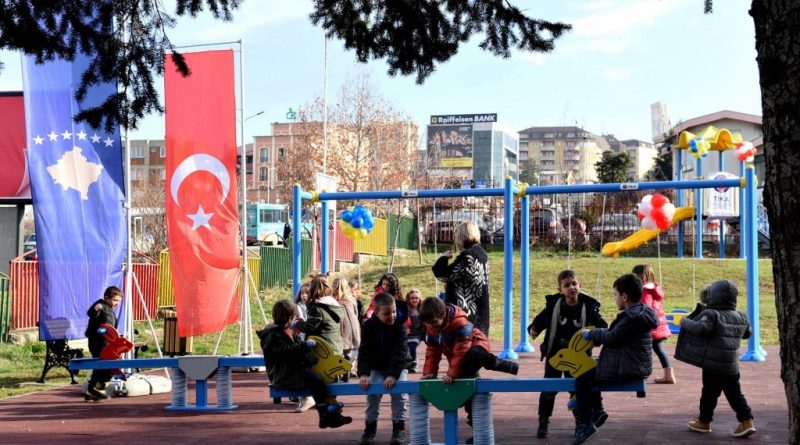 In the last decade, Turkey has become one of the most influential actors in international affairs through the provision of foreign aid. It relates to the provision of humanitarian as well as development assistance. In particular, foreign aid does not work solely but the activity is determined by the overall foreign policy. As stated by the Ministry of Foreign Affairs, the main goal is “to ensure that our region follows a robust sustainable development and peace agenda, instead of struggling perpetually with fragility and conflicts. Turkey’s Enterprising and Humanitarian Foreign Policy will continue to secure her national interests while simultaneously contributing to the common goals of humanity” (n.d.). Turkish foreign policy is set up to work according to two main principles. Firstly, it pursues the policy of „peace at home, peace in the World” and secondly it is shaped by the idea of “thinking globally but acting locally in every corner of the world” (Ministry of Foreign Affairs, n.d.).

Another characteristic is that Turkish leadership does not consider foreign aid to be just an activity of foreign policy. It is believed to be the responsibility and duty and in fact a part of Turkey’s identity based on historical and cultural traditions (Hasimi, 2014). In that matter, humanitarian aid is provided to regions and other countries affected by disasters, man made or natural. The aim is to make the international community more stable and undermine impacts of poverty and social classes that are causing humanitarian need. The provision of humanitarian aid has been on the rise, especially, since 2011 when Somalia became one of the main receivers. Nevertheless, the most pressing need activating Turkish humanitarianism has been also found within Turkey itself. It has manifested itself by the” open door policy” for Syrian refugees fleeing Syrian crisis in the Middle East. It has also caused that the number of Syrians in Turkey is more than 3.6 as of January 2019 (Ministry of Foreign Affairs, n.d.).

Western Balkans constitutes to be the prime region targeted by Turkish aid, too. It has been provided mainly to repair damages causes by severe floods in Serbia, Bosnia, Croatia and Macedonia. In the case of Kosovo, Turkish Red Crescent distributed most lately humanitarian aid in the means of food to families throughout the holy month of Ramadan (Öztürk, 2019). As has been already stated, the goal is to achieve and maintain stability and peace. That is why Western Balkans, since its proximity as well as historical and cultural relations, is particularly the region to be considered by Turkey.

On the other hand, foreign aid policy serves various other interests of Turkey. Most importantly, it helps the actor to shape the international order and its image. Foreign aid, including humanitarian or developmental, constitutes a tool of Turkish public diplomacy. It is determined by foreign policy principles and interests of Turkey which are formed into distinctively Turkish public diplomacy framework (Cevik, 2016). First of all, these soft power tools help to disseminate an ideal image about Turkey and its leaders. Secondly, it contributes to fulfill political and economic ambitions of Turkey. The prime example could be found in references to history and culture made by Turkey when it comes to humanitarian assistance. It might be understood as an effort of Turkey to redefine global order by recalling its long-forgotten legacy (Hasimi, 2014). In this matter, foreign aid policy encourages Turkish efforts to become one of the most influential and leading actors globally and regionally. Public diplomacy forms a of complex communication directed towards foreign publics and authorities and other organization with the aim to pursuit certain foreign policy initiatives. It presents positive or ideal image of Turkey through nation branding and information campaigns (Cevik, 2016).

There are various forms how the foreign aid could be distributed which may consequently determine the scope and form of the public diplomacy of Turkey. Its approach to aid provision is characterized mostly as state-centered based on the sovereignty respect principle (Gilley, 2015). In that way, personal relations and interactions play a very important role. Considering Western Balkans, Turkish public diplomacy is highly based on personal ties between president Erdogan and regional leaders. Besides bilateral cooperation, Turkey is also part of the international aid community. Namely, it is a member in the United Nations Office for Coordination of Humanitarian Affairs and the World Food Programme (Ministry of Foreign Affairs, n.d.). These create another form of a channel where Turkey may realize its ambitions on the international scale. In fact, in 2017 Turkey was named the biggest donor.

The list of main organs acting on behalf of Turkey in relations of foreign aid encompasses the Ministry of Foreign Affairs, the Disaster and Emergency Management Authority and Turkish Cooperation and Coordination Agency (TIKA). Among supporting actors are Office of Public Diplomacy, Turkish Red Crescent and Directorate of Religious Affairs (Cevik, 2016). It is another way how to demonstrate the interconnection between public diplomacy and foreign aid.  What is more, since the year of 2002 when Justice and Development Party (AKP) came to power, TIKA has been assigned with the role of conducting development cooperation policy. The Agency thus became more important in terms of foreign politics. Activities aided by TIKA were redefined and broadened in terms of area, depth and strength in order to encompass wider range of activities (Hasimi, 2014). Nowadays, TIKA, as a governmental agency, delivers foreign aid and communicates government main objectives. It is a source of a pride that Turkey is capable to support and improve lives of people around the world and presents Turkey as a great power. This ideal image is also presented in the media and via political speeches in order to disseminate the image among Turkish population (Aydintasbas, 2019).

In relation to Western Balkan, 18% of TIKA´s budget goes to the region (ibid.). It is mostly spent on renovation activities, particularly, on mosques renovation and other buildings from the Ottoman era. It is understood to be a historical responsibility that is why areas of a former Ottoman empire are frequently provided with Turkish foreign aid. The leading AK Party defines these activities as civilizing and believes that Turkey should be assigned with this role as the former Ottoman Empire had been. Moreover, it is also supported by the fact that humanitarianism as a concept has been broaden by Turkish leadership and relates to aid provided through peacebuilding and development initiatives (Gilley, 2015).This idea is pursued, particularly, via development aid used for reconstruction and rebuilding projects.

Kosovo represents the kind of an example. TIKA funds there various kinds of rebuilding projects in the area of health, education and agriculture. When it comes to education TIKA funds mostly rebuilding projects, for example to renovate students´ dormitories (TIKA, 2017). Kosovo is said to have good conditions for agriculture production; unfortunately, the economic status of the region is determined as moderate to poor. Due to these conditions TIKA contributes development aid via Agricultural Development Program to these regions in Kosovo. The aim is to revitalize the livestock industry as well as to support family economies. Consequently, it helps to increase employment rates and prevents migration out of poor economic regions. What is more, the Program provides support for women who were marked by the war in the 90s who now struggle financially, too. The Agency helps them mainly to integrate into the economy through milk industry businesses. As it states, the Agricultural Development Program has been set up to “achieve permanent friendship [between communities and farmers] and peace in Kosovo” (TIKA, n.d.).

The practice of Turkish humanitarianism is further identified through political neutrality, professionalism and pro-Islamic bias (Gilley, 2015). It means there are no rules of conditionality set up by Turkey as well as no coordination with regional or international actors. In comparison to other international donors, Turkey targets mostly Muslim countries like Bosnia, Kashmir, Myanmar, Somalia or Syria. On the one hand, as a predominantly Muslim country, it holds a functional advantage over non-Muslim donors as well as a normative justification. In the Western Balkans it relates mostly to Bosnians and Albanians. In the case of Kosovo, the prime example of the support provided to Muslim communities could be seen on TIKA´s restoration projects of Mosques (TIKA, 2017; TIKA, n.d.). On the other hand, the provision of foreign assistance to Muslim populations might serve as an entering point to establish closer cooperation with non-Muslim countries in the region.

For regional actors, such as the EU or Russia, this could be a warning sign that another actor is establishing itself in the area. In comparison to these two states, it holds some advantages as already mentioned. Firstly, Turkish foreign aid is provided with no conditions as opposed to the EU conditionality principles, for example. At the same time, Turkish foreign aid policy is a pro-active one, aiming to encourage peace and stability. Secondly, based on its Ottoman legacy, historical and cultural ties may help Turkey to enter the region. This applies, especially, to countries where Muslim community dominates. As opposed to some critiques, it is argued that cultural and religious exchange as well as development aid works to prevent radicalization tendencies in Western Balkans. In particular, one of the sources of radicalization in Kosovo is identified in poor economic performance and institutional failings. In that way, Turkish development projects in agriculture or education aim to improve these conditions (Kaminski, n.d.). Thirdly, while pursuing the foreign aid policy through principles of personal ties and locally based activities, it may work also for non-Muslim communities. Although, the influence of TIKA and Turkish foreign aid might have only limited impact in non-Muslim areas in the Balkans the goal is to change it. While pursuing the foreign aid policy, public diplomacy works in this direction, presenting Turkey as the harbor of peace and stability while preserving human dignity principle. How successful Turkish foreign aid could be and to what extent Turkey is able to establish among other regional actors in the Western Balkans we would see in the long run. The important point is also how these efforts would affect Kosovo and other Balkan states.

Aydintasbas, A. (2019): From myth to reality: how to understand Turkey´s role in the Western Balkans. European Council on Foreign Relations. Available at: