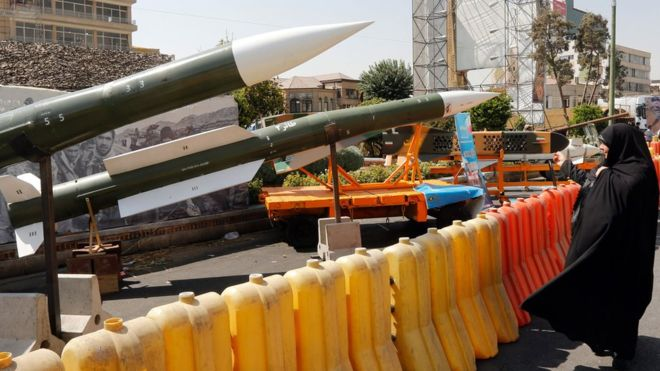 The murder of the Iranian general Qasim Solejmani at the beginning of January 2020 could cause a possible escalation of U.S-Iran tense relationship into an armed conflict. If the conflict truly occurs, is the Iranian Army equipped enough to stand a chance against not only the U.S. Army, but any other opponent in the region?

Iranian Military Industry- Before and After the 1979 Revolution

During the rule of Mohammed Reza Pahlavi, the Iranian military industry was dependent on the help from the Western countries – specifically United States and United Kingdom, who supplied Iran with their own military technologies (aircraft, armor and small arms) in exchange for oil. Later, during the 1970´s, the first co-production agreements between Iran, the USA and the UK were signed and thanks to the military know-how from the West, Iran started to manufacture licensed military equipment (aircraft, helicopters and surface-to-air missiles among others). After the events of the 1979 Islamist Revolution, the Western allies put an embargo on Iran which caused the end of military supplies form the West. On the background of the Iran-Iraq War and later the Gulf War, Iran made two decisions: turned its attention to the Eastern countries to ask for military aid (which proved to be successful) and announced a new strategy in production of military technologies: self-sufficiency. Together with the Western know-how and Eastern (mostly Russian or Chinese, the real source stays unknown) armament, Iran has started to invest into its own military factories, which would produce everything that´s needed – from ammunition to missiles (Globalsecurity 2019).                     Since 1992, Iran has been producing its own tanks (for example the Zulfiqar class, M60A1, etc.), armored personnel carriers (BTR- 60 and Boraq), missiles (see below) and a fighter plane (for example HESA Saeqeh). It is important to note that Iran produces its military equipment based on copying American or Russian technologies. Some of these technologies are a bit outdated (Mig-29 or F-5 Tiger jets, M60 Patton tank, etc.), but thanks to a little help from Russian and Chinese experts, they are still functional and can stand a good chance in a current conflict (Militaryfactory 2019). We can say that the Iranian military industry is capable of manufacturing almost everything what the Iranian army needs, including missiles or submarines, with just a little help from Russia or China. Iran is using the black market to get to modern technologies in these two countries.