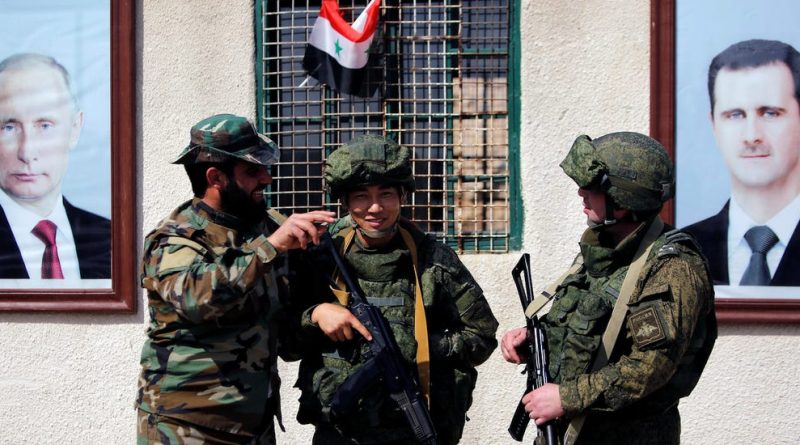 Syria has been in a situation of civil war for years now, precisely 9 years since 2011 when the conflict first began. The conflict within Syria, which has now turned into a grave international humanitarian concern has devastated infrastructures, properties, and medical facilities. It has also caused the economy to end up in tatters alongside giving birth to a serious refugee crisis with refugees and internally displaced people having to leave their homes in search of a safer haven. Though head deep in crisis, a unique dimension of the Syrian situation is the Russian Syrian partnership which has been a strong source of material as well as moral support for Syria since the very start. A factor that differentiates the crisis in Syria from the one that ensued in Libya is that the Syrian government continues to be strongly backed by long-standing alliances with Russia as well as Iran, writes Buckley ( Caitlin Alyce Buckley, 2012). Amidst such a difficult crisis, the Syrian President Bashar al-Assad has not only refused to step down but has also rejected any allegations of the Syrian security forces committing crimes against civilians. This justification by President Assad is also being strongly supported by their Russian allies nationally but also internationally. Continuous support from Russia towards the Assad government has been analyzed by theorists and scholars over the years. This support has been explained through strategic, moral as well as status quo explanations. However, with the states in the global order being reluctant to take active steps towards this ever-unfolding dangerous crisis, the conflict is only worsening. On the other hand, Russia constantly siding with the Syrian government under Assad makes it only more dangerous for civilians (Zifcak, 2012).

The present regime in Syria originated through the ‘Bath coup d’etat of March 8, 1963.’ In February 1966, the left-wing faction of the Bath Party headed by Salah Jadid and Hafiz al-Asad defeated its rival and took over state control (Caitlin Alyce Buckley, 2012). As the protests began escalating in Syria, armed insurgent groups also emerged signalling an entirely new phase in the uprising (Reinoud and Heydemann, 2012). In particular, two opposing groups emerged where the Syrian National Council (SNC) rejected dialogue with Assad’s regime and called for its immediate overthrow (Caitlin Alyce Buckley, 2012). The crisis has only gotten worse since then and has now taken the biggest turn with humanitarian suffering increasing by leaps and bound.

Recently on February 27, 2020, Syrian Idlib province faced an airstrike which ended up killing at least 33 Turkish soldiers (WFP Regional Syria Refugee Crisis Overview, 2020). In times of civil war where it often blows out of proportion and powerful actors fight to gain control, the ones caught amidst this entire power struggle are weak and helpless civilians, especially women and children. Idlib province has now become the center of the most major humanitarian crisis (TIME, 2020). Displaced, torn, and uprooted due to the Syrian civil war, the refugee crisis is massive and has left the province in shambles with 70 healthcare facilities being bombed in the area by ‘the government and its allies’ (Young, Stebbins, Frederick, Al-Shahery, 2014).

The 185-page internal report that was published by the UN on April 7, 2020, studied and analyzed such attacks on hospitals, medical facilities, children’s centers, and other humanitarian buildings within rebel led areas in Syria. The report as quoted by Bethan Mckernan of The Guardian says that these attacks were conducted by “the government of Syria and/or its allies” (The Guardian, 2020). Though such a statement hints at Russia, the report refrains from explicitly naming any country despite the evidence of partnerships that are visible to the media worldwide and to the international community.

During another recent meeting based on the subject of the humanitarian situation in Syria, members of the Security Council gathered together online on April 29 (UN News, 2020). This meeting brought out that even though there has been an announcement of a ceasefire within the country, the shelling has not stopped. The concern has further intensified with a deteriorating healthcare system and inadequate sanitation and water access especially within the refugee camps in the northeastern sides of Syria. The UN estimates that more than 900,000 people were already displaced up until December 2019 and the refugee and displaced people crisis have only been growing worse, ever since (OCHA, February 2020).

Even though the partnership between these countries had taken a halt in the year 1954 with the Egypt-Syrian merger, the Syrian Russian friendship soon became functional with the onset of the year 1966 (Theodor Tudoroiu, 2015). Scholars such as Karsh have argued that Syria has been able to rise to the status of regional power only due to the continued help from Russia, including the strategic partnership, and the continuous supply of military aid (Karsh, 2015).

Though the situation in Libya also ensued during the same time, the Syrian scenario is a lot more complicated in scope with its internal factions and states in the global order being divided on the entire issue. On one hand, Russia and China have repeatedly vetoed an UN-approved intervention into the Syrian crisis on grounds of ‘respecting and protecting the Syrian statehood and sovereignty’ (Taheri, 2013). In contrast to NATO and Western Europeans who have called for humanitarian intervention under the UN principle of ‘Right to Protect’ ( UNSC, February 2012). The Russian stakes in Syria have been quite high from the onset. Even when the news of chemical weapons possessed by Assad made headlines, Russia vehemently harped on how there has been no proof of Assad possessing or using chemical weapons against his citizens (BBC, 2018).

At present, the Russian partnership with Syria still holds strong with the two countries constantly collaborating on the ground to solve the ‘Syrian crisis.’(Kramer and Gladstone, 2012). Not just war but also with the pandemic crippling healthcare systems of even advanced countries, Syria needs to deal with its humanitarian crisis more seriously. Though the Syrian government receiving support from Putin might save Assad’s position, the fate of the crashing economy, civilian distress, and refugee crisis amidst a world pandemic such as COVID-19, is the challenge that Syrian government and its Russian ally need to asses and act upon. Despite calls for a ceasefire, shelling in parts of Syria have continued according to the UN meeting conducted (UN News on April 29). The civilian protection is the need of the hour, at present. Support from Russian ally to address terrorism may be appreciated but will the alliance come handy while there are other socio-economic issues in question? That is something the world community and the allies themselves need to look at with more attention than ever before.

About the Author: Nikkon Balial, currently pursuing a masters in International Relations from Central European University. She has worked with NGOs, think tanks and governmental projects before and interested in writing about conflict, the Middle East and Russia and foreign policy.

Leenders, Reinoud, and Steven Heydemann. „Popular mobilization in Syria: opportunity and threat, and the social networks of the early risers.“ Mediterranean Politics 17, no. 2 (2012): 139-159.

Tudoroiu, Theodor. „The reciprocal constitutive features of a Middle Eastern partnership: The Russian–Syrian bilateral relations.“ Journal of Eurasian Studies 6, no. 2 (2015): 144

Eminue, Okon, and Monday Dickson. „The United Nations resolutions on Syria: Exploration of motivation from Russia and China.“ International Affairs and Global Strategy 10 (2013): 5-13.