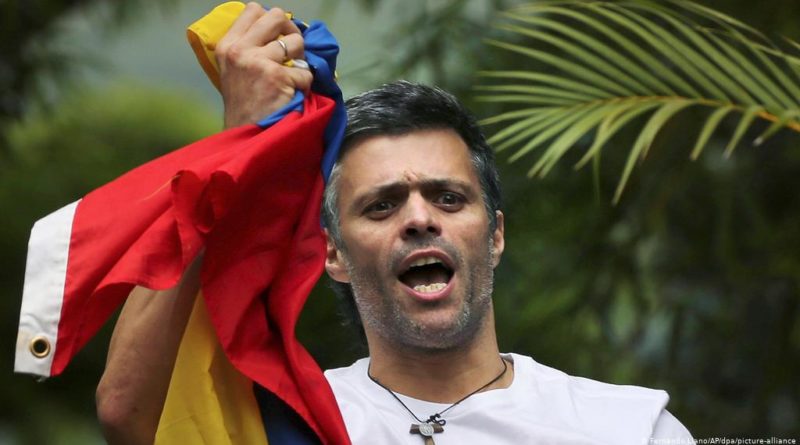 It seems that the Bolivarian Republic of Venezuela is constantly on the news, often for all the wrong reasons; and this week was not the exception. On the last 25th of October the Ministry of Foreign Affairs, European Union, and Cooperation of the Kingdom of Spain confirmed via a Press Release the arrival to Madrid of Mr. Leopoldo López[1]. This has triggered and devolved into an international incident as the Press Release does not shy away from the wording. But what exactly happened and why?

Mr. López is an active member of the Venezuela opposition to the current administration of President Nicolás Maduro, summarising his career and controversies with the government,  going all the way to a sentence from the Interamerican Court of Human Rights, questionable imprisonment following the 2014 national protests in Venezuela which sparked international outcry as a Human Rights Watch have explained out, “The Maduro government has blamed opposition leaders for the violence. Leopoldo López, one of the most prominent opposition figures, was arrested on February 18, and a judge ordered his pretrial detention on February 20. An arrest warrant had also been issued for Carlos Vecchio, another leader of Lopez’s political party, according to news reports. The government has yet to present credible evidence linking either man to any crime.”[2]

But the action that precipitated the consequent diplomatic debacle began on April 30th of 2019. Following transfer to House Arrest, Mr. Lopez arrived as a “guest” of the Spanish Ambassador at Caracas at his residence[3], a complicated political situation that pinned Venezuela against Spain in a diplomatic standoff. It’s important to note that Mr. López, as far as it is known, never formally applied for asylum during his stay with the Ambassador. He allegedly stayed there until he took “The decision of exiting the Embassy… personally and willingly”.[4](original in Spanish) He appeared in Madrid shortly after, reuniting with his family

The situation before his departure for Spain proved a big issue for Venezuela as, while he was not formally a refugee, he was still under a special status while the embassy grounds, and that is the Vienna Convention of 1961. The Convention, which has been ratified by both States, states on its article 22 that,

With that, even against the formal and unofficial wishes of the Venezuelan administration, every embassy is to be respected as it escapes the effective jurisdiction of the host State. This excludes legally the Staff appointed by the Embassy; when the news broke through that Mr. Lopez had abandoned the Embassy and had arrived at Madrid, the situation devolved from an uncomfortable situation, into an international incident. The first reaction was an inflammatory comment from the current leader of the opposition Juan Guaidó Márquez, who on his Twitter account tweeted,

“Maduro, you don’t control anything. Evading your repressive apparatus, we managed to extract to international territory our Commissioner for the Governmental Centre, Leopoldo López. His efforts for Venezuela continue from this new space of action. The fight that we give and will give withing and for Venezuela requires the maximum support of the world. The internal pressure will be reinforced and strengthened by the work of those that represent us in the different international spaces, showing their maximum potential.” [6] (Original in Spanish)

The Maduro administration was swift and severe, arrests were apparently made under orders of the Venezuelan government, meanwhile, there were also alleged intrusion in private premises of the staff, the Spanish Press Release raises the seriousness of the situation,

The accusation is a rather strong and serious one, but one that is quite founded on accepted international law. The previously cited Convention extends its effects to the embassy staff; while it could be argued against the definition of staff assigned or attached to an embassy, is important that to Spain the affected personnel is part enough of it to enjoy the protections and rights that the Vienna Convention grants. This accusation sets the ground for possible litigation if Spain wishes to do so before in the International Court of Justice for any reparations or to simply set a precedent, this is highly unlikely as, beyond the formal protest, it seems that Spain is not willing to pursue the incident further as long as they are no more breaches on the accepted protocol.

The whole incident happens in the midst of the regional isolation that the current administration endures, a tougher reaction from Spain might have been expected in a different time and different Spanish administration; the biggest issue is the ramifications of the coming to play off an important national actor inside Venezuela, now outside the reach of the Maduro administration. It’s entirely possible that further social movements are going to happen against the government, I dread not to venture on how the Venezuelan government will react following this seeming humiliation, after all, Mr. Lopez effectively bypassed the security forces and left the country, in case that renewed protests take place in the country. Finally, is not common for a State to disrespect the Vienna Conventions and as it will be reciprocated in the same manner.

The whole situation has aggravated the international standing of the Maduro administration, this alongside the damming report on the state of human rights inside the country, will likely deteriorate the effective control of the administration and might give the opposition a breath of fresh air.