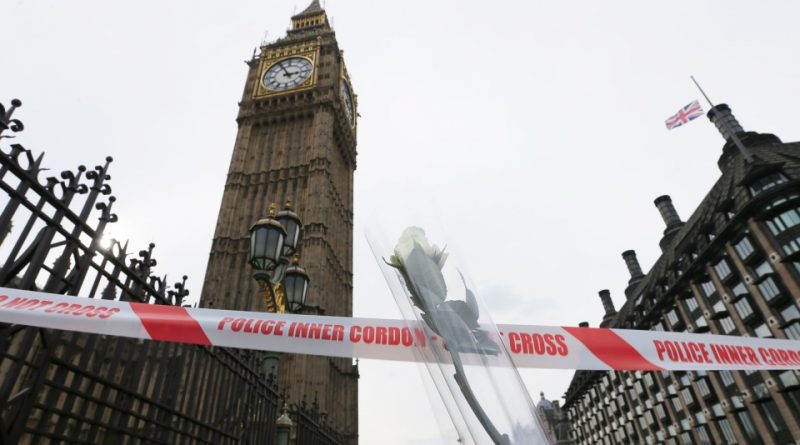 Home-grown terrorism, mostly associated with Western Europe and North America, has come to existence after the London bombings in 2005. The terrorists who executed the attack were born and raised in Great Britain; planned and carried out the attack on their own initiative without any outside help or support. The idea that individuals are being born and raised in the West (belonging) and act on their behalf without the support of militant group abroad (autonomy) are two main features of homegrown terrorists. Homegrown terrorists are believed to be autonomous, self-recruited, self-trained and self-radicalized. Homegrown terrorism is primarily targeted in Western countries, where terrorists have been born and raised. However, in many cases, homegrown terrorists obtain some kind of support and endorsement from militant organization either by international contact, visit to foreign country for ideological inspiration or a training camp. Also, being born in a Western country doesn’t necessarily mean that individuals feel that they belong in the West. Identity not always lies in the “roots” but also in “routes” and so the degree of belonging may vary in that sense. London bombers were therefore responsible for their evolution as terrorists. Before, Islamic terrorism had been connected with 9/11 attacks, which were perpetrated by foreign terrorists with direct or close connection to an organization headquarters. (Crone and Harrow, 2011: 522-523).

Most of the research that has been done on the topic of home-grown jihadism has come to a conclusion that there is no single cause for radicalization of an individual or a group. No coherent pattern can explain the emergence of mostly young men (but also women) that are willing to carry out an attack on their fellow citizens including themselves. Radicalization is not a product of one single decision, but rather a process during which a wide range of internal and external pull and push factors influence individual to commit violence at one point in the future (Schmid 2013: 4-5).

Majority of Western terrorists that were involved in attacks on European soil were second generations Muslims either born, or raised in the West since childhood; many came to Europe as students or political refugees but some of them are also European converts. However, they spoke the language of the country they were born in, they attended European schools or universities thus they had normal childhood and teenage life with Western cultural influence and no previous connection to religious practices. Many attended clubs and drank alcohol before becoming religious-minded Muslims. (Roy, 2007: 52).

There is a wide range of factors that can create infinite individual combinations leading to one’s radicalization into violent extremism. In this section, those factors are divided in three groups: background factors, trigger factors and opportunity factors.

Radicalization often begins with a person who is frustrated with his (or her) life or a society in general. Such individual believes to be on a crossroad in his life searching for a cause. There are many factors, such as alienation, exclusion, personal grievances, sense of injustice, humiliation, anger, frustration, a sense of victimhood that might drive individual to the actual radicalization process. Muslim identity crisis is yet another factor contributing to violent extremism and is connected to cultural marginalization often resulting in alienation. An individual experiences a lack of belonging to a host country, which reinforces the feeling of solidarity with other Muslims in the world fighting for their cause (RAN 2016: 3). Young people that seem to be well integrated into their host society are often more vulnerable to religious fundamentalism and jihadi culture than their immigrant parents. Typically, an individual experiencing these kind of difficulties in life meets like-minded people who make him or her less responsible for their own actions and thus more vulnerable to developing extreme attitudes, a phenomenon called group polarization (Borum, 2011: 20). Becoming a member of a group can make an individual feel more important and thus there is a higher probability that a person becomes radicalized. However, such background factors are very general and it is important to note that many people share such personal history but not all are vulnerable to actually become radicalized. Background factors themselves cannot explain an individual radicalization but they serve as all-encompassing (although very vague) “profile” of individuals that have been associated with terrorist attacks in the West (Precht 2007: 32-33).

Western foreign policy has been identified as the main trigger factor for engagement in violent extremism. Many Muslims see Western involvement in Middle East conflicts such as Afghanistan, Iraq or more recently Syrian conflict as anti-Islamic, constructing a perception of Islam as being under attack (Henderson, 2009: 64). Also, the role of a charismatic leader is very important in gathering local radicals. Often mature leader with deep knowledge of Islam can transform a person with radical attitudes into an extremist participant. Sudden personal experiences or shocks, such as divorce, racism, loss of jobs or seeing pictures of atrocities against Muslims can also can make an individual search for a new direction in life through radicalization process. Myth of Jihad and a desire for some form of activism is yet another trigger factor. Presenting Islam through propaganda as being under constant threat of the West and that every true Muslim must fight its enemy in order to go to “garden of paradise” has been very influential. (Precht, 2007: 52).

Places such as cafes, bars, mosques, Muslim bookshops or universities can become a fertile ground for the introduction to radicalization process. Internet is said to be a “virtual training camp” and it plays a very important role in a process of radicalization, especially in providing an opportunity for home-grown jihadists to perpetrate an attack on their own. It serves as a library where an individual can download different kinds of materials (encyclopedias, detailed instruction manuals, handbooks, videos etc.) and plan an attack without a real-life training. Potential terrorists can communicate through the internet with online trainers and exchange personal experiences very easily. Although a virtual training cannot be compared to real-life training and autonomous individuals often lack that experience, they managed to execute lethal attacks inside Europe, that former Al-Qaeda networks weren’t able to do (Stenersen, 2008: 216-220).

According to NYPD (2007), four phases of the radicalization process have been identified:

Pre-radicalization phase is described by the set of different background factors mentioned above that make individuals receptive to an extremist ideology before the radicalization process itself begins. In this phase, many factors of opportunity come along. Meeting opportunities in places like school, cafes, bookshops provide a fertile ground for the first engagement with radical Islam. At this point, individuals do not necessarily enter a pre- radicalization phase as radicals. Many of them do not practice Islam before radicalization process occurs. Conversion and identification phase is very important since it can result in transformation of one’s identity and behavior, which is influenced by different background factors. A person that can move from no faith, other faith or simple religious observance to a religious identity or more radical interpretation of Islam different from the one of parents’. Depending on individual, loss of job or death of a family member can trigger this change. In the third phase, conviction and indoctrination, isolation from former life takes place. Radicals start to perceive Islam as being under attack from the West and accept the worldview of militant Islam. They are convinced that violence against non-believers is the answer and that it can be justified in regard to a “higher cause”. At this point, meetings take place in more private locations, such as homes and places that not that open to public (group bonding). In the last phase – action, individuals focus on planning and perpetrating a terrorist attack. Such process of radicalization can take from few weeks to several months (Precht 2007, 34- 37).

The London attacks in 2005 and subsequent attacks in Europe have pointed out to a new threat – home-grown radicalization. Radicals embracing militant form of Islam that once used to be an external threat evolved into internal threat having weak and indirect relationship with al-Qaeda or other terrorist organization. There is no single to pathway into radicalization and violent extremism and no common profile of an individual that is susceptible to radicalization. Causes of radicalization are very complex ranging from disagreement with Western foreign policy and their continuing engagement in Middle East conflicts through identity crisis or personal grievances. Islam becomes the opportunity for some individuals to embrace themselves from an (perceived) unfortunate situation they are experiencing. There are many factors contributing to radicalization: a) personal background factors such as anger, frustration, humiliation, identity crisis, b) trigger factors that can transform one’s identity and behavior, such as Western foreign policy, myth of Jihad or a charismatic leader and c) opportunity factors providing a fertile ground for the introduction to radicalization process. Drawing from such a variety of factors contributing to home-grown radicalization it seems that Muslim communities in Europe are not well integrated and that second generation Muslims are still considered as immigrants or “others”, whose integration into society has not been very successful.

NYPD (2007) Radicalization in the West: The Homegrown threat in Precht, T. (2007) Home grown terrorism and Islamist radicalisation in Europe: From conversion to terrorism. Danish Ministry of Justice, 2007