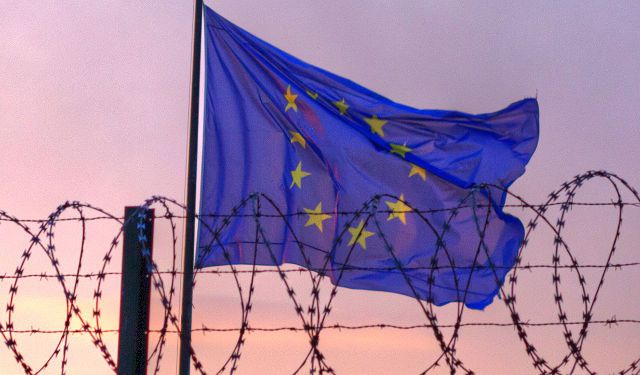 The Saarbrucken Treaty signed in 1984 by France and Germany was a significant step towards more integrated, borderless Europe with seamless Single European Market. Ever since 1985, the Member States of the Union continued with their integration to completely abolish border checks.However, even despite the general abolishment of internal borders, four options for monitoring remained in place: checks by police forces, security checks at ports and airports, the possibility to impose an obligation to hold or carry documents and the registration requirements set out in the Schengen Convention.The main consequence of the establishment of the area of 4 freedoms was that the whole European Union will secure external borders to keep this area in existence.

However, as we have been able to observe during the last months and even years, the security ofe xternal borders has not been maintained sufficiently. Because of this, the institutions of the European Union in cooperation with the Member States took several steps towards more secure Europe even though the effect has not yet been fully seen.

Over the last few years, it has become apparent that Europe is becoming the main focal point of Islamic terrorism. Specifically, the current situation related to migration and increased level of terrorist activity within the European Union often linked to the problems of foreign fighters steered the continent into an unstable situation full of visible gaps in the European security. It is estimated that 5,000 EU citizens have travelled to conflict zones and joined terrorist groups like ISIS or Al-Qaeda. When they have come back to Europe, some of these returning so-called foreign fighters have been involved in recent terrorist attacks or terrorist networks.

In this regard, some of theEuropeanstates have partially closed their borders or increased quantity of occasional checks on their territory, which can be perceived as a proper reaction. Moreover, several state authorities have been suggestinga complete enclosure of internal borders.Of course, according to the rules established by the European Commission, EU member states can reclose their borders for a period of 5 days with a possible extension up to 6 months. But is the reappearance of the internal borders between the Member States a real possibility? It is possible to argue thatit would help to protectthe European citizens and exceptionally lower the security threats states as well as the whole European Union face. Some argue that in such occasion, the state institution would become aware of all possible illegal or suspicious movements of people, weaponry or goods, which would, in turn, help them to detect and disrupt a terrorist network as well as other illegal activities. In this scenario, every state would be as much informed as possible about any movement across its own borders.

On the other hand, it needs to be noted that non-existing internal borders are the main support of the four basic freedoms maintain the Single Market, the symbol of European integration and enlargement. Their closing would have a great impact on international trade in terms of regular checks of people and goods at the borders, which would cause not only time-losses due to proper border controls, but it might cause an increase in travel costs as well. The other issue which might occur can be the negative impact on the international transport which can be delayed to the change in all of the up-to-day. This would include stopping of trains or transnational buses for a border check. Furthermore, the number of people at airport check-ups would increase enormously due to the abolishment of EU/Non-EU distinction. In practical terms, the removal of internal borders within the EU/Schengen Area would mo longer be in place.

The European institutions have taken several steps to ensure that the external borders will represent thestrength of the EU in terms of security and efficiency and that the Single market, as well as the Schengen area and their existence, will not be at risk. First signs of this policy can be seen in the Counter-Terrorism Strategy 2005 and Revised version of 2008 (call for theestablishment of Schengen Information System II (SIS II), Visa Information System (VIS) or Frontex).

For further strengthening of the external borders, there have been several newly established or refurbished agencies and units devised to ensure that the European Union, as well as its member states, will react properly to any security threats.To ensure the efficiency of external border checks and to react properly to thestill-changing situation at external borders, the EU Commission made a proposal to establish the European Border and Coast Guard (EBCG) and the European Border and Coast Guard Agency, which would supervise the aforementioned units. The European Parliament and Council approved this proposal within a record time of 9 months. The new European border guards became a reality on 6th October 2016.

Main tasks of the European Border and Coast Guards are to ensure standards for management of the external borders.They will be strictly and constantly monitoring and analyzing the situation to identify and address weak spots and gaps. These guards will be able to process the personal data of individuals suspected of involvement in criminal activities, such as smuggling, terrorism or trafficking as well as the personal data of illegal migrants. Moreover, EBCG will be monitoring and ensuring the respect for fundamental rights in all its activities. They will be also responsible for the organisation and management of joint operations and rapid interventions in those states which will be under pressure or which will not be able to handle the situation on their part of the external border. This new right of intervention is an important new addition to the agency, however, it still strictly limited to predefined conditions.

Checks at the external borders remain one of the main safeguards of the Schengen area and their proper conduct remains necessary for the continued maintenance of the borderless Europe. Systematic checks among external borders should help to prevent any threat to the internal security of the EU’s the Member States. However, these threats in terms of terrorism can occur also froman EU citizen (enjoying the free movement across the EU).Controls at the external borders must be reinforced and strengthened in order to be able to identify such persons and decrease current level ofrisks to the internal security of the Schengen area.

To enhance the cooperation between national security authorities in this area, Europol has taken some major steps forward, which includes the creation of the European Counter Terrorism Centre (ECTC), the European Migrant Smuggling Centre and the European Cybercrime Centre. The Commission will be working with Europol to further strengthen the agency’s counter-terrorism capabilities as well as its activities against illegal migration. Moreover, the improvement of Europol’s access to key databases still remains the top priority. Furthermore, the Commission encourages member states to develop some form of information exchange platform, where authorities might share information related to terrorism.

New systems and principle of proportionality

The new system called Entry and Exit Checks is based on mandatorychecks of all third country nationals as well as of EU citizensentering and exiting the European Union.The system will collect data (identity, travel document and biometrics) and register the entry and exit records at the point of crossing. This should substitute the“old-school”stamping of passports and should improve the efficiency and the quality of border controls in an attempt to curtail the number of foreign fighters as well as smugglers.

Another newly established system is called ETIAS (Establishment of European travel information and authorization system) and provides an additional layer of control over visa-exempt travellers. ETIASis devised to determine the eligibility of all visa-exempt third country nationals to travel to the Schengen Area and analyze whether the traveller represents a security or migration risk. Information on thetravellers would be gathered prior to their trip.

In the principle of proportionality, national authorities should be able to consult relevant databases without delaying border crossings. At airports, for example, passports’ validity is already virtually checked, so it is possible to expect that running the same data through additional databases will not significantly increase the waiting time. If, however, systematic checks at certain land or sea borders would have a disproportionate impact on the flow of traffic, the rules allow for some flexibility. In such cases,the Member Statescan,based on risk assessments, decide to carry out only targeted checks at some border crossings.

It is important to realize that the strength of the external border is a precondition for free movement within the Schengen area. Every year, almost 400 million EU citizens and 200 million non-EU citizens. cross the Schengen border.

In terms of the terrorist threat faced today, the efficiency of security checks is highly dependent on the exchange of information not only between thelaw enforcement authorities but also intelligence services. Effective and timely information-sharing among relevant authorities is a prerequisite for successful counter-terrorism action.To enhance such cooperation, proper function of SIS II (Schengen Information System) and VIS (Visa Information System) is necessary.

The strengthening and even re-closing of the internal borders and further reinforcement of the external borders should be perceived as necessary and justified decisions, which should have possibly been done much earlier, especially in the relation to the first Paris terrorist attack and at the beginning of the migrant crisis. Without these activities and the willingness for broader cooperation between member states, the authorities would not be able to detect the suspicious movement of people or materials which could be in turn used for illegal activities and present a threat to public health, security or policy of the EU.

The strengthening of the European agencies such as the European Border and Coast Guards or Europol is a crucial step for the security of the European Union and its citizens. Moreover, the European Counter-Terrorism Strategy, which represents an important part of the European security policy, should be properly revised in order to better focus on combating the terrorism.