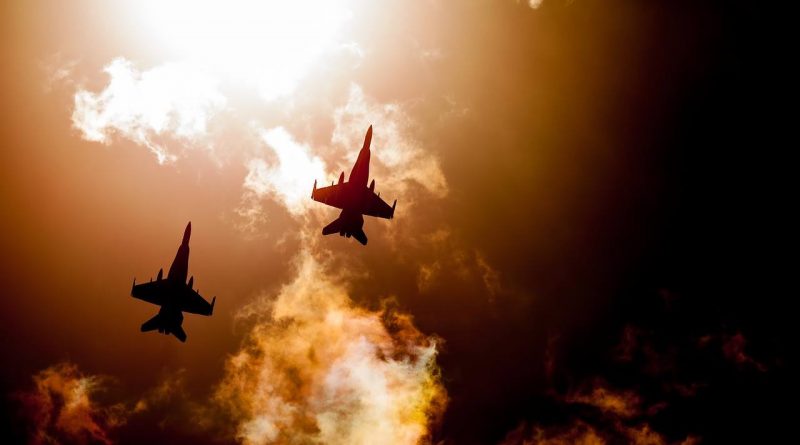 Aerial warfare has represented a significant and sometimes crucial role of warfare. There were several so-called breaking points which have had a huge impact on future development of not only aerial warfare.

Breaking point and World War I

The breaking point in the use of aircraft was before World War I, particularly in 1922 during the war near Tripoli between Italy and Turkey. However, the significant role had the aerial warfare during the World War I. In the beginning, it was used as an instrument for a broader reconnaissance of the area of conflict, in which land forces were unable to operate on their own due to the hard landscape or due to the enemy’s forces. Moreover, these aircraft were unarmed and therefore were essentially helpful in detecting the enemy’s positions and their equipment.

During this war, there was a need to extend and re-establish these air forces not only for reconnaissance or surveillance but also for their direct participation in fights. The military air equipment was based on fixed machine guns, which allowed pilots to attack within the very narrow area. There were no radars or other detecting systems, so an appropriate attack was influenced just by abilities of pilots to hide through the sunbeams. During this war, new techniques and maneuvers occurred, such as Immelmann turn, which was a specific movement of the aircraft. Pilots usually operated not as a single unit, but as couples or groups of fighters. The average of speed was not as high as today, it was only about 100 miles per hour and the communication technology was not developed yet, so basically, pilots were depended on specific signals. Battles in the night were strongly ineffective due to the absence of radar controls.

Simultaneously, aircraft were also able to provide air-ground attacks, which were based on gravity bombs dropping from the planes. On the other hand, air-to-air attacks provided the possibility to limit the enemy’s ability to make the air-ground attack and were needed to develop and manage this kind of military technology. The other very important aspect offered by aerial warfare has been the opportunity to attack enemy’s forces which are not along the front lines. Since using aircraft in warfare, it has provided an army to destroy important elements of the enemy’s military capabilities, for instance, bombing supply networks or material supplies as well as vehicles or aircraft in hangars.

After the end of World War I, there was a huge development of planes and aircraft as well as their military equipment like firepower or bombing systems. Air power was obviously perceived as a tactical ground support and the way how to do tactic surveillance.

In World War II, we could observe several innovations of aerial warfare. Firstly, we could recognize progress in speed per hour, which exceed up to 400 miles per hour and moreover, aircraft were able to operate at a higher altitude in approximately 30 000 feet. Moreover, the length of flights was also increasing. This development led to another one. Pilots were not dependent on signals, but they could count on communication from the ground thanks to the special radiotelephone. It made it easier to cooperate and to negotiate with all pilots about a strategy and changes among a front line. However, attacks made from the sun were still favored, because it was still based on surprise and could not be predicted as the communication could be detected by the enemy.

Progress and development in technologies helped pilots to react more efficiently and aggressively on the still-changing situation during the battle. They were able to turn around in a smaller range and were able to exceed their speed up to the limit in a shorter time. It provided a capacity to fire until the last moment and then fly away in a few seconds, which was very effective in a case of the battle against heavy aircraft, which were not so easy moving. It leads me to the other aspect which was seen during World War II. There were many kinds of aircraft from heavy and army equipped as well as light aircraft with just direct firepower.

In addition, pilots were not dependent on their eyes anymore, at least not all the time thanks to the development of radar stations, therefore it was easier to orientate in the air and to predict, where the enemy can be. This technological development helped to operate more efficiently during the night. It was followed by a new network of cooperation based on pilot and his navigator, which was proved by two-seat aircrafts such as Bf 110 or Luftwaffe, which was configurated primarily as a support of ground forces through gravity bombs (destroying several battleships or aircraft carriers).

Development after the World War II

Generally, the development of aerial warfare was influenced by several conflicts such as the Cold War, the Vietnam War or conflict in the Middle East, which represented mainly asymmetrical threats. Also, there has been an impact of changes within the international system.

At the end of WWII, the first jet fighter occurred. It introduced so-called jet age, in which aircraft flew approximately 660 miles per hour. This thrilling speed was used just for pursuit or escape. Simultaneously, electronic devices have helped pilots to detect the enemy earlier than within the previous years and provided an extended range of the combat. However, according to less flexibility of jet fighters, it was necessary to develop a new tactic to secure its efficiency: head fighter and other fighters as the wings. This tactic was used mainly during the Vietnam War. Another important maneuver was the scissor maneuver: two fighters executed a series of climbing turns or so-called barrel rolls.

Other problem occurred with the development of antiaircraft weapons, which represented a danger if a pilot was not able to change his direction and the speed unpredictably to avoid being easily targeted by an enemy. To obtain supremacy in the air, it was necessary to destroy air defense systems with electronic anti-air mechanisms.

Since the speed development was ended, it could be focused more on military equipment of the aircraft. For instance, U.SB-1 was designed to avoid more sensitive electronic warning systems. On the other hand, it was not efficient anymore to flight in groups because of the higher possibility of detection of radio communication or the detection by radars, which were more sensitive and technologically adaptable. New aircraft were built for an individual mission and usually built just for one pilot as the development of precise communication, technological and radar systems made it possible. Satellite systems were so sensitive that the detection has been possible in a range of hundred kilometers not only from the ground but from the aircraft as well.

Technological revolution also offered new materials, which prevent detection from the ground due to the specific materials, which can absorb radio waves and therefore the aircraft is not detected, if it is not seen directly from the enemy’s aircraft or directly from the ground. Another important equipment, which makes easier to fly over the longer distance are special planes, which provide the possibility to refuel aircraft and get back to the battle as soon as possible without landing on the ground. Obviously, it was impossible in the past and therefore this refueling has represented a huge step forward.

Nowadays, modern aircraft are equipped with several kinds of missiles such as engine rockets, precise guided munitions as well as firepower with a wide range of size of missiles. Moreover, aircraft are also able to carry nuclear warheads. Also, the 20th century was not just about aircraft, but also about newly developed helicopters such as Apache, which has been used not only as a mean of transportation, but the technology offered us the possibility to use them also as a mean of warfare through an incorporation of munitions and missiles.

We should not forget to mention well-developed materials of uniforms and special equipment for pilots, which provide them as much protection as possible during their participation in a battle.

We can observe that aerial warfare has represented a crucial aspect in a battlefield and has provided us with a protection as well as a sufficient attack not only among the front line but also hundreds of kilometers far from that. The development and progress have been influenced by conflicts as well as changes in the international system, from the bipolar to the multi-polar system according to the end of the Cold War. In addition, the important role has had also technological progress.

Aerial warfare offers us an adaptability and efficiency also during asymmetrical conflicts and rising level of terrorist organizations/groups. In addition, aircraft also represent the potential protection of every country which disposes of them, because of their fast usage and flexibility.

Royal Air Force at 100: The most famous aircraft from its history, BBC online. Available online at https://www.bbc.co.uk/newsround/43584653