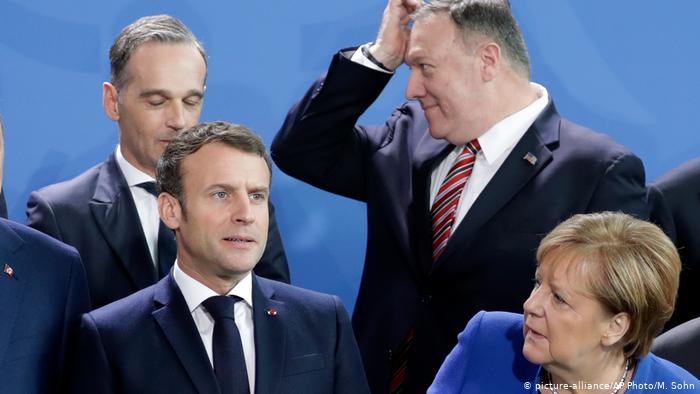 The city of Munich has once again become for three days (from 14th to 16th February 2020) a centre of international diplomacy, as the 56th Munich Security Conference (MSC) took place at Hotel Bayerischer Hof in the city. More than 40 high-ranking participants from all over the world joined the conference. Among them, we could find heads of state or government, ministers of defence or foreign affairs, and even directors of international organizations, like the Secretary-General of the OECD, José Ángel Gurría, the Secretary-General of NATO, Jens Stoltenberg or the Executive Director of the United Nations World Food Programme, David Beasley (Security conference 2020). The conference also welcomed Mark Zuckerberg, the CEO of the social network Facebook, who discussed the relationship between social media and democracy (Security conference 2020). As for the state representatives, we could see delegations of the most powerful countries in the world (USA, Russia, China, Germany, India, France), but also smaller or less powerful countries were present, which means they would also like to participate on solving the security issues of the world or of their region.

What was the agenda of the MSC? There have been many roundtables, where the current security topics were discussed- from energy, health, cyber, climate and human security, to Middle East tensions and coronavirus epidemics. Some debates were about regional relations and conflicts (Balkan region, Arctic and Nagorno-Karabakh), but one of the most discussed topics was “Westlessness”- is the position of the West in the world declining? Are there any challenges inside the West, which are weakening its position from the inside?

Topics related to “Westlessness” (together with the U.S. foreign policy) were debated every day of the conference and different views could be seen. For example, the weakening of the West is caused by different opinions of the USA and the EU about “the future of the Iran deal, the pipeline project Nord Stream 2 or NATO defence spending and transatlantic trade imbalances” (Munich Security Report 2020, 6).

Another cause of threat for the Western position lies in North Africa, which is becoming more and more disrupted, and many people are trying to emigrate through the Mediterranean Sea to Europe. Despite several EU missions and indirect actions, the EU has not yet been successful in solving the roots of economic migration from this area. As the MSC Report 2020 says, “In social and economic terms, little has been achieved since 2011: growth remains stagnant, corruption pervasive, and youth unemployment rates some of the highest in the world. On the political side, it does not look much brighter: Tunisia remains the Arab Spring’s only democratic success story, yet is at constant risk of backsliding. Other countries saw autocratic revivals or plunged into instability and war” (Munich Security Report 2020, 42).

One of the most dangerous challenges for the Western (especially European) position, which was also discussed during the conference, is a wave of rising nationalism, populism and right-wing extremism among European countries, but it is also a problem in the USA. All these movements are weakening values, which created base for the Western democracies: individual freedoms and rights, democracy, etc. If Western countries cannot defend themselves in front of these movements, how these countries can spread the same values to other global regions? This caused distrust in liberal pillars of multilateralism and multilateralism itself (Munich Security Report 2020). The only country which does not recognize declining of the position of the West, is the United States, according to which, as Mike Pompeo said it: “The West is winning” (Pravda 2020).

Thanks to the U.S. delegation, one of the most dominant topics of the whole conference was China as a rising threat, as a new enemy. The U.S. Defence Secretary Mark Esper warned U.S. international allies of Beijing taking control over emerging technologies such as 5G (Peel, Chazan and Warrell 2020). Considering China as a new enemy is one of the very little things on which could the U.S. and European representatives agree. Several European countries are afraid not just about China´s control of 5G, but also of the economic influence connected to the Chinese Road and Belt Initiative.

Munich Security Conference 2020 did not bring many solutions but outlined very important security issues of the present, which are needed to be solved on a multilateral basis. Although, one of the conclusions is, that transatlantic relations will be transformed. More and more voices of the European politicians (Macron especially) can be heard, who wish and want a stronger, united and independent Europe (von Hein 2020), which will not be a victim of the U.S.- Chinese conflict.