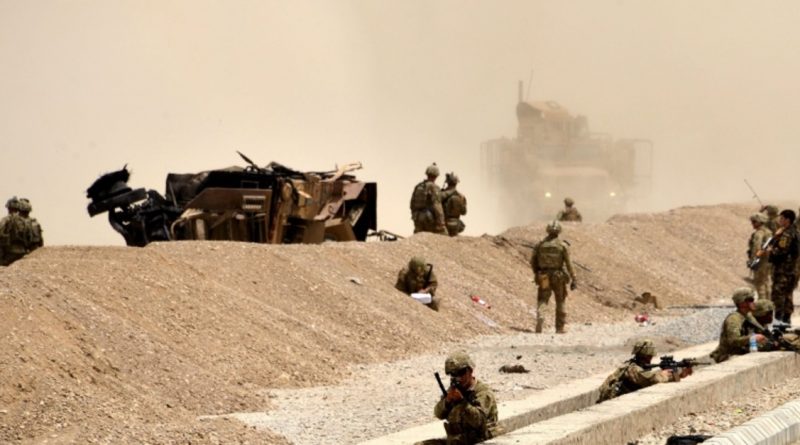 After the peace agreement between the U.S. and the Taliban was signed, the situation in Afghanistan looked promising. However, peace in the country is not guaranteed by the deal. Therefore, we should instead call it a cease deal than the peace deal.

It has been only a few days since the American and Taliban representatives made a deal; however, it does not seem to prevent violence from continuing in the country. According to a senior correspondent and deputy news editor at Foreign Policy, Michael Hirsh, Taliban fighters have not stopped their attacks on the Afghan Armed Forces (AAF). Less than 24 hours since the peace deal, the Taliban attacked various positions of the AAF. U.S. military conducted a series of retaliatory air attacks on the Taliban to show support for the Afghan allies. It is essential to mention that the U.S. – Taliban agreement does not require the Taliban to restrict attacks targeting the AAF. It is only agreed to refrain from targeting the American and allied forces, Michael Hirsh explains (Hirsh, 2020). Therefore, the agreement signed between the U.S. and the Taliban is not a peace deal. The roots of peace could be embedded only after an agreement preventing the Taliban fighters from attacking the AAF units is signed.

Ben Wolfgang from the Washington Times claims that concerning the attacks on the AAF, Taliban demands to free its 5000 fighters held in Afghan prisons (Wolfgang, 2020). If it is done so, the terrorist group promises to stop the assaults targeting the Afghan Armed Forces and to start the intra-Afghan negotiations (BBC, 2020). The issue is that this requirement was negotiated between the U.S. and the Taliban. Afghan officials have never agreed on this condition, and they are repeating their negative attitude towards this point. President Ghani admitted that the release could be a topic of intra-state negotiations (BBC, 2020). Despite this fact, president Ghani has issued a decree based on which 1500 Taliban fighters should be released. He plans to release 100 fighters every day since March 14th, 2020.

Moreover, if the Taliban agrees on intra-state negotiations, this number would have risen on 150 every day. Hirsh adds that this offer was refused by the Taliban officials (Hirsh, 2020). However, the release of such a high number of fighters could pose a considerable danger enabling the Taliban to increase its combat ability. Afghan officials should be careful, as many released Islamists are expected to join terrorist fellows in the front lines.

Another problem in Afghanistan is the political situation concerning the president of the country. Mashal, Faizi and Rahim from The New York Times explain that the newly elected president Ghani faces continuing opposition from his political opponent Abdullah Abdullah (Mashal, Faizi, Rahim, 2020). Mr. Abdullah claims his right to the presidential office, claiming that Mr. Ghani is an illegitimate leader of the country. What is more, a collective of authors from The New York Times informs that Mr. Abdullah has organized his presidential inauguration on the day of the official initiation of Mr. Ghani (Mashal, Faizi, Rahim, 2020). Thus, Afghanistan has two presidents grappling for power. The best possible scenario will be if Ghani and Abdullah find a compromise. However, this scenario is unlikely. Abdullah stated he would establish his government. His ambitions are backed by some militant groups from northern Afghanistan. What is also of concern is the fact that (important regional players) Iran, Russia and Turkey have not officially recognized Ghani as the Afghan president. Consequently, we can expect growing support for Mr. Abdullah, as each of the mentioned countries seeks to gain influence in Afghanistan.

Even though the peace deal brings hope for Afghanistan, the peace process is vulnerable and unsure. Violence continues, the political situation is unstable and Afghan administration is under pressure from the Taliban to free its fighters. The case does not seem unsolvable, but it requires a lot of effort and concessions on both sides. Even when Afghan officials decide to free the imprisoned Taliban fighters, the guarantee that attacks will halt is more than questionable. For now, the Afghan conflict continues. With the American forces withdrawing, it might be a clash that decides whether Afghanistan would fall into the Taliban´s hands after twenty years again.