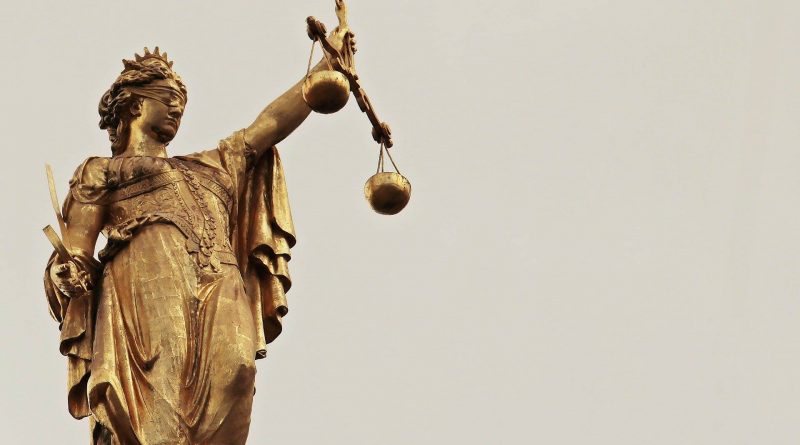 In an already flickering Europe, a critical health crisis leads to an economic crisis and contributes to the decline of democracy. The COVID-19, devastating pandemic, feeds European leaders of new dangerous powers. To fight the epidemic, many countries declared themselves in state of emergency, allowing them to take exceptional measures. However, in some cases, the thin line between safety and security and human rights is about to be crossed. What is at stake today is the respect of fundamental freedoms by the States in their fight against the coronavirus crisis. As mentioned in the European Convention on Human Rights and most of the European constitutions, the exceptional restrictions of liberties for security purposes must be proportionate. The stake during this sanitary crisis is for the States to balance the limitations with the fundamental freedoms and rights. It is hence important to examine the current situation and alert on the possible excesses in Europe.

The most recent dilemma that settled in Europe is the use of invasive data surveillance to fight the coronavirus pandemic. Most countries, such as France, Germany, Austria or Italy, rely on phone operators to screen data. However, this process can only allow governments to get a tendency of movement and prevent intrusive behaviour. More invasive alternatives are considered, inspired by apps used by South Korea and China, allowing to track people. For instance, France, Germany, the United Kingdom or Poland is working on developing its own system of surveillance and tracking. Such systems would as well prevent contagion through the screening of contact between a patient and other people. When the lockdown exit will occur, it would prevent the relapse of the disease. Nevertheless, this system would be highly invasive. Those measures, that could be seen as essential to prevent the “second wave” of the epidemic, must be taken with precautions. In the article 8 of the European Convention on Human Rights defending the right to respect for private and family life, interference by public authority can occur for the protection of health. However, as practised by the European Court of Human Rights in its decision Dudgeon v. the United Kingdom, interferences must be “proportionate to the legitimate aim pursued”.[1] Safeguards hence must be put in place, such as data protection, sharing restriction to others or deleting data once outdated[2]. Without safeguards, European countries could easily fall into systems such as the Chinese or the more recent Russian ones. Russia adopted one of the biggest surveillance camera systems in the world, using facial recognition to target people breaking the quarantine. According to the chief of police, on March 18, already 200 people were identified as violating the quarantine. The government plans to go further with a tracking system to retrace the patients’ contact. The protection of personal data is here crucial, but excesses could also occur in other aspects of human rights. Tacking decision without appropriate safeguards could lead countries where the democracy and rule of law are already unstable in Europe to become autocratic.

The examples coming there in mind are the European countries that underwent through the rise of populism and decline of rule of law those past years. Hungary is the most recent and flagrant example of the slow decrease in democracy. The coronavirus crisis, therefore, gave a strong alibi for Prime Minister Viktor Orban to grab more power without a time limit. On March 20, the Parliament adopted the law of state emergency, allowing the executive numerous measures threatening human rights, in particular civil and political ones. As Lydia Gall from Human Rights Watch wrote in a recent article on this problematic law, it could “sidestep the parliamentary process and give Orban and his government the means to exercise arbitrary and unlimited power.” For instance, through the use of decrees, the executive can implement or suspend certain laws. No elections or referendum can be held. Finally, new offences were created and added to the Criminal Code. One of these offences targets the media, well-known thorn in the Prime Minister’ side, that risks up to five years of imprisonment for publishing “false” or “distorted” facts. Under the cover of health safety measures, the freedom of press and expression is yet again at risk in Hungary. The state of emergency cannot be lifted unless two-thirds of the Parliament vote so. Fidesz, the Prime Minister’s party, currently controls two-thirds of the Parliament. It implies that this extraordinary situation could be running for a while.

The following day of the decision, the President of the European Commission Ursula von der Leyen raised concerns and warned that exceptional measures should remain as such and they “cannot undercut democracy”. She as well reminded that “Democracy cannot work without free and independent media”, targeting the newly adopted law in Hungary[3]. At the gate of the European Union, States such as Serbia declared a similar state of emergency, putting democracy at stake throughout Europe. We can as well observe such behaviour in Russia, leading to expect a slippery slope took by Hungary.

While Orban seeks to diminish the freedom of expression, the Polish powerful nationalist party Law and Justice (PiS) undertakes the rule of law and the judiciary. Despite many warnings from different international organisations, such as the Council of Europe adding Poland in its monitoring procedure on the rule of law list, the party in place is implementing dangerous measures against the judiciary. The most striking example is the disciplinary chamber of the Supreme Court. This body prevents any critics of the government by the judicial. The Court of Justice of the European Union recently suspended the activity of this new chamber, consequently questioning the state of the rule of law and the independence of justice in Poland. In light of the managing of the sanitary crisis, the Parliament does not step back from risky political decisions. For instance, the recent vote for the maintaining of the presidential elections on May 10 by postal ballot would allow for the party to continue this reform. Indeed, the current President Andrzej Duda is announced favourite in the opinion polls. The President is an ally of the ruling party Justice and Law. His re-election would, therefore, allow for the PiS to continue implementing their judiciary reforms. The coronavirus crisis does not represent a break to the political aim of the party, despite the risks that it represents for public health and the rule of law. As confided by the European Union Values and Transparency Commissioner Vera Jourova to the journal Rzeczpospolita, “I’m concerned about free and fair elections, the quality of the voting, of the legality and constitutionality of such a vote.”[4] The Parliament, through this decision, is dismissing the health risks and advice from the Council of Europe of refraining from implementing fundamental changes of electoral rules in the conducting year of the elections.

In the light of those current events, it is important to remind ourselves that populism, excess of power and decrease of democracy feed on the crisis. Populism usually gains power through legal means and grow slowly into society. According to research conducted by the Guardian published in 2018[5], in a decade, “the number of Europeans voting for populist parties in national votes has surged from 7% to more than 25%.[6]. Today, while battling against a devastating health crisis, Europe needs to be careful about the safeguards on fundamental freedoms.

About the author: Alice Griffon graduated in 2018 from the Master Program of Law of State Rebuilding in Post-Conflict Environment in Aix-Marseille University (France). After working for non-governmental organisations, including in Ukraine and Armenia, she developed an interest for Eastern Europe and the Caucasus region. Her work is mainly dedicated to human rights, transitional justice and democratic transitions.

[4] From Sokolowski C., EU commission raises concern with Poland’s decision to carry out presidential elections by post, 04.08.2020, The Globe and Mail.

[6] Henly J., How poplusim emerged as an electoral force in Europe, 11.20.2018, The Guardian (https://www.theguardian.com/world/ng-interactive/2018/nov/20/how-populism-emerged-as-electoral-force-in-europe).

Henly J., How populism emerged as an electoral force in Europe, 11.20.2018, The Guardian (https://www.theguardian.com/world/ng-interactive/2018/nov/20/how-populism-emerged-as-electoral-force-in-europe).