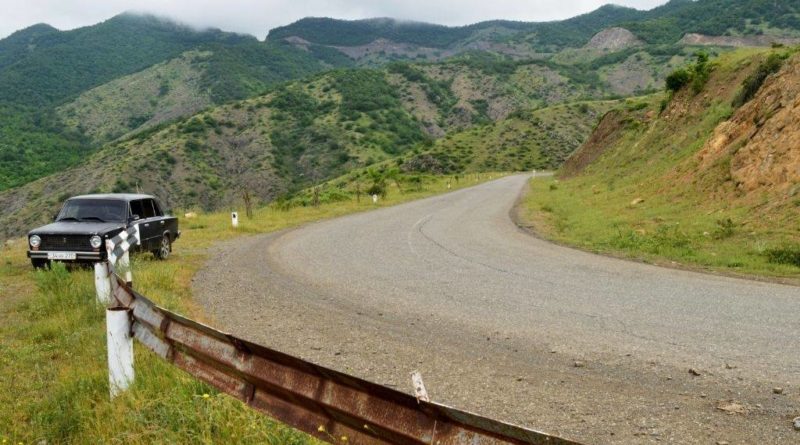 With the latest agreement on humanitarian ceasefire coming into force, featuring the two that have already failed, the meeting scheduled for October 29 in Geneva between the Co-chairs of the OSCE Minsk Group and the Armenian and Azeri foreign ministers, is an opportunity not to be missed. In light of the latest flare-up along the Lines of Contacts of the disputed territory of Nagorno-Karabakh, only a diplomacy-driven roadmap to be implemented on the ground shall slowly but surely lead the way toward a full-fledged reconciliation.

At this stage, freezing the conflict could be beneficial yet misleading for both counterparts and the international community. Reaching an elusive peace, in other words, would mean to settle only temporarily a territorial rivalry that will persist and unfold in other skirmishes. It would thereby give the groundless impression to Karabakhi Armenians and to the Armenian community as a whole to have been capable of resisting the enemy – whatever the latter will be militarily composed of, and economically supported by. More precisely, it could render Armenians unable to reflect on a long-standing war that, as we speak, is ethnically cleansing the Armenian community from Nagorno-Karabakh. Those who have fled the region, 60% of whom have found refuge in Armenia, will not easily come back to live within the region. In the same vein, an elusive peace could dangerously give credits to Azerbaijan and its maximalist position, ossifying Aliyev and his family’s power hierarchies in the country. If the national euphoria for tacking finally control of the entire region and exerting effective control from within is currently on the rise amongst Azerbaijanis, the price for finalizing the victorious end will be definitely higher than expected. Among others, Azerbaijan will witness a larger number of battlefield deaths, while its diplomatic position will undoubtedly worsen.

At present, pacifying the situation that stemmed from the warfare scenario erupted on September 27th, would postpone, once again, the settlement of the conflict. Despite the fact that the latest ceasefire agreement and truce have been centrally paramount from a humanitarian viewpoint, albeit repeatedly violated, an elusive peace would more likely bring both counterparts nowhere. On the contrary, it would leave room for a new season of vain rhetoric and speech act, which, respectively in Armenia and Azerbaijan, will render the atmosphere in the civil society more toxic than it is already.

Within both civil societies, indeed, there is no much appetite for peace. On a political level, those liberal actors and voices that used to campaign and speak up against political élites and discursive war strategies, have now aligned themselves with those they used to criticize. Both Aliyev’s maximalist approach and Pashinyan’s call for full mobilization of all Armenians have largely won the ground by reaching a consensus that both leaders have perhaps never had in the last couple of years. Mass-scale protests floating the streets of Baku, and thousands of ordinary Armenians who gathered for joining the “holy journey” with war veterans and soldiers, have not been orchestrated behind the scene. They have been rather spontaneous instead, following the exacerbation of the state of affairs. It goes without saying that at the grassroots level space for “peace talks” is simply not found as the latter has been shrinking in the last few weeks. Marginal and rather inconspicuous voices, mainly from diaspora communities, who praised coexistence and peace in the attempt to reject messages of interethnic incompatibility and enmity, are paradoxically recalling a number of claims and rights that Armenians and Azerbaijanis have stubbornly stood for and disagree on.

An elusive peace would verbalize the common idea amongst Armenians to continue their acts of resistance while waiting for the winter to come, a favourable situation that could (arguably) slow down war dynamics and casualties. At the same time, it would strengthen Azerbaijan’s willingness to discuss with Armenian leaders and maximize the results achieved on the military scene thanks to the “liberation” of villages and districts (e.g. buffer zones) previously under the control of the self-proclaimed Self-Defence Army of the Republic of Artsakh (Nagorno-Karabakh).

Under these circumstances, reconciliation is the word, not peace. Beyond doubts, reconciliation will be a daunting process, perhaps challenging and overwhelming for both communities, yet the only way to go through. Reconciliation has clearly become the conditio sine qua non (re-)imagining a solid peace and stable future for Nagorno-Karabakh. In light of the current state of affairs, only an agreement upon a reconciliation roadmap shall avoid the internationalization of the conflict while unmasking malignant foreign policies that an elusive peace may instead let regional superpowers speak subtly in praise of.

Building upon the pillars of the comprehensive transitional justice, mechanisms of reconciliation will definitely come to ask the most difficult questions imaginable in the field of law and politics to Armenia as well as Azerbaijan and their respective national populations and diaspora. In particular, war-torn communities must be prepared for welcoming an imperative of reconciliation. The latter, in fact, should be established on a diplomatic ground at first in order to lay the ground for people-to-people contact. The latter, a second, shall thus prepare both local and national politicians to hold their tongues when it will come to addressing issues and problems that reconciliation will undoubtedly unfold. Along the way, however, solid prospects of stability will succeed only if they prevail among ordinary peoples who, in turn, will perceive full-fledged reconciliation as a politically charged issue to bring further in legitimate and fair manners.

In other words, both Armenians and Azerbaijanis must begin with getting to know a future-oriented regional scenario over the highland region of Nagorno-Karabakh and beyond, that will comply and come to terms with a lose-lose position rather than a win-win situation. So far, nationalist approaches from Yerevan, Stepanakert/Xankəndi and Baku have considered a rhetorically heroic discourse of loss, phrased as follows: “We have nothing to lose but Artsakh/Qarabağ”. Instead, Karabakhi Armenians and the Armenian community as a whole shall re-consider their standpoint in Nagorno-Karabakh by widening their perspective for their future in Artsakh. The latter will consist of granting, and fully restored, the right of return to all Azerbaijani IDPs who may want to settle down in Nagorno-Karabakh, through a trustworthy mechanism of compensation concerning their properties. By the same token, it will open up a series of serious investigation of “naming and shaming” people who have committed war crimes, such as episodes in Khojali (1992) and Talish (2016) and Hadrut (2020), among others. Azerbaijanis should thus turn today’s maximalist approach toward the control of the region into a much more sustainable position for Karabakhi Armenians and their right to self-determination and self-governance. Granted demilitarisation of the region, according to the Madrid Principles both counterparts have agreed upon, a denial of the two-decade experience of self-governance of de facto Armenian institutions would mean a mistake in the process of reconciliation. In this case, Nagorno-Karabakh, or Artsakh or Qarabağ whatsoever, should be placed at the centre of a comprehensive model of transnational justice that should be understood along the lines of a philosophically and historically shared identity of the region that, in turn, shall legitimise the arrival of an institutional framework and political legitimisation.

After all, while the Armenian identity, which is deeply rooted, and embedded, in the mythical figure of Ararat and Artsakh, yet both geographically outside the national borders of the today’s Republic of Armenia, the post-Soviet Republic of Azerbaijan has never had control over the contested mountainous region. Either way, the absence of Nagorno-Karabakh has impeded neither Azerbaijan nor Armenia’s (trans-)national identity to be forged. Therefore, as a way to talk about peace in the future to come, reconciliation is the one and the only mechanism to activate as a sustainable way for pursuing a full-fledged settlement of the dispute, and securing rights and claims that both communities have verbalised, campaigned and regrettably died for.

This is why, in the very end, peace is an option to avoid at all costs, while, conversely, a full range of mechanisms and processes to coming to terms with a legacy of gross human rights violations and unforgettable atrocities, will essentially signal the way forward a renewed commitment to concrete peace, and not vice versa.

Francesco Trupia is a postdoc researcher at the Nicholas Copernicus University in Toruń where he contributes to the “Laboratory for the Study of Collective Memory in Post-Communist Europe”. He holds a PhD from the Sofia University “St Kliment Ohridksi”. Since 2014, he has worked as a researcher and NGO practitioner in Armenia, Kosovo, Bulgaria and Poland.