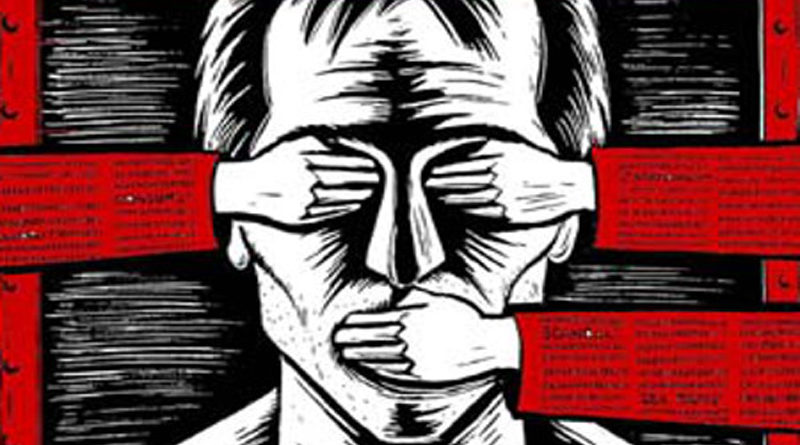 The era of digital communication raised numerous issues regarding freedom of expression and online posts containing hate speech. When the freedom of expression is interpreted similarly as hate speech in one state, this visible issue must be addressed to it on its protection of citizens’ privacy. On 21 January 2020, the Government of Pakistan passed the „Citizens’ Protection (Against Online Harm) Rules, 2020“ (Karanicolas, 2020) that obliges all social platforms like Twitter, Google, and Facebook to react by blocking, removing all the posts that are considered disagreeable by the ruling government. Pakistan approved the rules because it wants to have an invariable mechanism for removing social media posts that threaten the country’s laws and religious sentiments. The rules are defined also as one of the “Parent Acts”, together with the Pakistan Telecommunication (Re-organisation) Act, 1996 and the Prevention of Electronic Crimes Act (PECA) 2016.

Furthermore, Pakistan requires data and collected information from all Social Media Companies. All the information will be monitored with the pretext to know if the online content has to do with “terrorism, extremism, hate speech, fake news, incitement to violence and national security (UN, 2019)”. The Ministry of Information and Telecommunications of Pakistan will request from the Social Media Companies to set up a physical presence in its country and report through an appointed person by the state- the National Coordinator.

Regardless that the regulations were passed behind closed doors and hidden from the public media, Pakistan’s decision cannot be justified as a rightful act. The legislation on digital technologies should be in full compliance with international human rights. The rules need to be reviewed and adjusted in line with the freedom of expression and privacy of data. Therefore, this analysis will address the consequences of newly-established rules in Pakistan, while elaborating in more detail their impact.

The thin line between hate speech and freedom of expression

The usage of hate speech cannot ensure tranquility, peace, and order within the countries. Even though hate speech is not definitively defined or enshrined in international law, some provisions identify expressions considered as hate speech. For example, the Convention on the Prevention and Punishment of the Crime of Genocide criminalizes “direct and public incitement to commit genocide.” (Vyer, 1999). Likewise, the International Convention on the Elimination of All Forms of Racial Discrimination asks states to criminalize “all dissemination of ideas based on racial superiority or racial hatred as well as incitement to racial discrimination (Thornberry, 2015).

The adoption of the rules in 2020 is not fitting with the aforementioned conventions. For example, Rule 5 obligates Social Media Companies to establish database servers in Pakistan and record, store all data from the social platform. This particular rule endangers and threatens privacy. Another point adds up, the absence of Data protection law as an open gate to cybercrime for all the collected information. Therefore, Social Media Companies as the right organizations have qualified protection of critical information and user data via data centers. The centers are equipped with advanced IT and secure the whole system. All the qualifications and precise equipment are crucial to safeguard citizens’ privacy.

As a result of this rule, Pakistan needs to address the protection of citizens’ privacy instead of restrictions on freedom of expression. That is why such ambiguity impacted rules on hate speech to remain incompatible from the human rights perspective. Hence, it is not always advisable to have provisions and requirements without having specific mechanisms, and all the measures need to apply to human rights. Hate speech must indeed be denied and removed from the surface in cases whereas it promotes incitement, violence, genocide, all forms of dehumanization. In these cases, a legal instrument is in favor and adaptable. Nonetheless, a distinct line between hate speech and freedom of expression must be drowned.

Rule 7 denies access to citizens in today’s digital world. The establishment of Online Systems is to allow individuals to express, share, communicate, and exchange ideas on different matters. The blockage of the system is the same as blocking the right to speak. Hate speech cannot be stopped by the mean of the entire block when people express what they think and do not initiate violence. Social Media Companies are already working and removing accounts, groups that ignited hatred or violence. Their policies are well-explained and they are not harmful to citizens’ privacy. Hence, Rule 7 is not in compliance with the Constitution and exceeds the boundaries of its permission.

Moreover, Pakistan will be divided into the digital network due to the rules, people will stop benefiting from access to resources in the digital world. Additionally, the organizations shared their concern that these rules will harm the growth of Pakistan’s digital economy, and the announcement of these rules fail the belief that Pakistan is open for services to businesses and investments.

To curb the online content of social media platforms is perceived as a threat and violation of human rights guaranteed in national and international law. Not just only the rights, the lack of access to the digital world will have deeper consequences for citizens, even to the State.

The Citizens’ Protection (Against Online Harm) Rules breaches the freedom of speech clauses in Pakistan’s constitution, and exceed the „boundaries of permissible restrictions“ under Article 19 (Howie, 2017). The contradictions come after the fear of the rules’ outcome, whereas the freedom of expression might be endangered and limited for political gains. The centralization of the power upon data exacerbates restrictions and isolation of Pakistan from the global digital environment (Khokhar, Qaisrani, Liaquat, 2016).

For example, Rule 5 obligates Social Media Companies to note what is considered false by the National Coordinator. At some point, this rule clashes and breaches the freedom of forming an opinion. Because the National Coordinator plays the role of the detective for the truth. However, the government defended the rules, denying that they were created to tighten control over online political content, but rather to deal with harmful content on social media that was spreading disorder in society by propagating all hateful and unlawful content.

The government added that the rules will only help to monitor the online content and protect national security. Here is the enormous consequence, if the government was only requiring to remove that social content that might initiate any violence or unlawful action, then it can be justified. But the truth is that the rules oblige Social Media Companies to give access to the State for all social posts and decide which one to be shared or removed. This is not monitoring, it is surveillance of privacy.

The decision was criticized by AIC and human rights NGOs for the constraints of the government to control the online social media and localize everything that happens in the name of the social content. For example, the Asian Internet Coalition(AIC) expressed its concern about releasing the rules without having any consultation with stakeholders. At the same time, human rights NGOs stated that the Pakistani Government should have discussed and prepared consultations openly (AIC, 2020). Consequently, the government’s action exceeds human rights’ scope, and, rules must be reformed for further prospects. Otherwise, due to the rules, citizens will lack access to the digital world.

The rules need to be addressed and reformed, so Pakistan can implement an effective system of protecting citizens from any kind of violation. Similar actions have been in other countries such as Egypt, Saudi Arabia, and China. For example, Egypt passed a law that gives power to the State to block personal and journalistic websites. The Supreme Council of Media is responsible to regulate and control media and it has the power to block any kind of social posts and such a measure is considered a violation of the freedom of expression. Similarly, Saudi Arabia includes prohibitions on expression that “threatens” national security. Any publications, posts that it is considered by the State unlawful will be punished and you are obliged to pay the fee. That’s why the context of social media must be addressed by the Social Media Companies and removed from their platforms and not from the government. Therefore, social media posts must be analyzed if they move to the top of the hate speech pyramid. In this scenario, further action must be taken and prevent hate crime as a result of hate speech.

The consequences can be understood as a process that has been affected by the implementation of the rules. Without basic human rights guaranteed, there will be no real protection, and the threat of violating freedom of expression becomes more intense. A different strategy to tackle the issue of hate speech would be addressed to reform the rules. A major concern is that the restrictions on freedom of expression might be enforced and not used to protect people within the state. If the social media posts are defined as hate speech at the first level of the pyramid (Figure 1), then hate speech must be restricted.

In the end, the analysis concludes that the government must establish a unique and well-tailored approach that protects citizens‘ privacy, grants access to the digital system, protects freedom of expression, and clarifies when hate speech becomes restricted instead of a simple expressed opinion or thought.