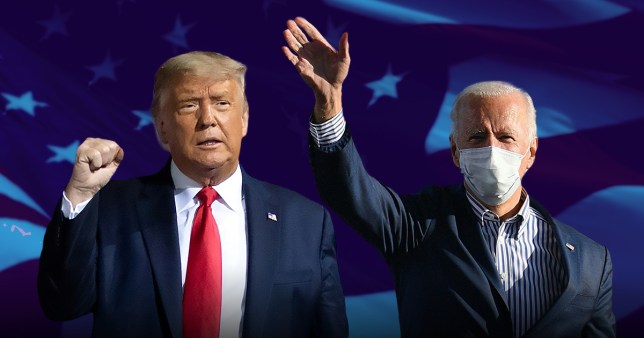 The 2020 United States presidential election was one of the most anticipated elections in the United States and globally. The race between former vice-president Joe Biden and incumbent Donald Trump felt long and tedious, even without a global pandemic coming into the mix. Four days after the official election day (3 November), Joe Biden is projected to be the winner; 279 electoral votes compared to Trump’s 214. Pennsylvania was the deciding state for the former V.P. with a 0.55% margin over Trump[i].

Before Biden can fully claim the presidency, understanding his agenda and stance towards varying challenges must be addressed and understood. During his eight-year stint as V.P. to President Barack Obama, Biden was the main legion in Latin America for Obama, making 13 trips to the region[ii]. He led the U.S.-Mexico government commission on trade and was in charge of the Central America aid task force that provided funding throughout[iii]. January 2016 would be Biden’s last trip as V.P. to Central America, where he met with then Guatemalan President Jimmy Morales. In this visit, Biden laid out his and the U.S.’s vision for the Northern Triangle countries, open societies that work together to tackle the ‚root causes‘ of migration[iv]. This specific trip demonstrated how Biden’s Latin American policy could unfold, especially after Trump’s lack of effort.

Under Trump’s administration, Latin America virtually was let alone by the U.S., something that a U.S. president hadn’t done since the late 1950s. Consequently, with the administration’s lack of understanding or involvement with the U.S. backed implemented policies towards drug trafficking, corruption, or even migration, the continent felt the blow. The Trump administration’s signature issue was the hard stance they took towards immigration, specifically illegal immigration. April 2018 witnessed Attorney General Jeff Sessions enact the „zero-tolerance policy“ on the Southwest Border that stated, „[It] prohibits both attempted illegal entry and illegal entry into the United States by an alien“[v]. While seemingly to help create a deterrent for those coming to the states, this policy abetted the increase of human smuggling. Human smuggling has shown to have increased to a $35 billion enterprise, now ranked the third-largest criminal business behind the gun and drug trafficking[vi]. In conjunction, this heavy-handed stance has the opportunity to influence children and young adults to potentially engage in criminal activities, especially when deported back to areas that hold an ample presence of organized crime and little social networks[vii].

Furthermore, the Guatemalan, Honduras, and El Salvadoran governments loss of U.S. support on „corruption and impunity“ policies gave way for criminals to take back high powered seats. Without the financial and political support of the U.S., both the Commission Against Impunity in Guatemala (CICIG) and Mission Against Corruption and Impunity in Honduras (MACCIH) slowly lost the ability to survive reinstatement[viii]. In contrast, Brazilian President Jair Bolsonaro has thrived during Trump’s time as president. By the world’s constant watching of the US, Bolsonaro has begun to achieve anti-multilateralism and anti-globalism agenda’s without paying the price[ix]. Aliening himself with far-right governments such as Poland and Hungary, Bolsonaro has been allowed to continue his attacks with the added benefit of the improvement of Brazilian stocks during this time[x].

Trump’s administration policies and actions towards Latin America were not a complete shock. Throughout Trump’s campaign, he repeatedly discussed ‚building a wall‘ on the Southwest border of the U.S. to prevent illegal crossing. His support of a right-winged government is on base with his beliefs and agenda. Therefore the questions remain, how will the relationship between Latin America and the U.S. be with Joe Biden as the next president?

In all honesty, it is unclear. While Biden has had a vast amount of experience working with leaders from Latin nations, the disappointment of the Obama administration might remain. Throughout Obama’s two terms as president, there is not much to applaud him nor outright criticize him for; Latin America is not genuinely central for U.S. foreign policy[xi]. Nonetheless, even with this history, it is ambiguous to assume whether or not it will undermine Biden’s desire for bettering relations with Latin America. In a recent interview with Ben Rhodes, a former Obama deputy national security advisor stated:

„The best way to pursue a reset in Latin America, in many ways, is just to start by listening, which the U.S. rarely does and Trump never does…The capacity to make leaders and people in Latin America feel like they’re being heard again by the United States is going to be essential after the Trump administration basically played into every negative stereotype and a generalization about how America has acted in that region for the last hundred years.“[xii]

Rhodes’s statement resonates with the projected approach Biden would take towards Latin America, a combination of foreign and domestic policies. However, Jon Lee Anderson, a highly regarded U.S. foreign correspondent for Latin America, claimed that Biden would take on what might be seen as a post-war administration. Anderson compares it to a sinking ship that needs to be righted to avoid lasting damage[xiii]. With this in mind, from the start of Biden’s campaign, he unveiled his agenda for the region; a comprehensive four year $4 billion regional strategies. The strategy calls for private sector investments for government funds and civil society organizations to fighting corruption and recognizing women as powerful forces in the region[xiv].

Joe Biden’s administration will need a sturdy base in both congresses and across Latin America to have the possibility of improving relations. Even with the background he has, it truly is unclear how the next four years might unfold or even how the next few months will. Nonetheless, with Biden in power, there might be a chance for stronger relations but also a chance for another disappointing term.

[ii] Andres Oppenheimer, Biden vowed to be better for Latin America than Trump has been. Now, he has to deliver, November 7, 2020, Miami Herald. https://www.miamiherald.com/news/local/news-columns-blogs/andres-oppenheimer/article247027457.html

[ix] Oliver Stuenkel, Why a Trump defeat would be a disaster for Bolsonaro, September 21, 2020, American Quarterly. https://www.americasquarterly.org/article/why-a-trump-defeat-would-be-a-disaster-for-bolsonaro/

[xiv] Joe Biden, The Biden plan to build security and prosperity in partnership with the people of Central America, Joe Biden Campaign. https://joebiden.com/centralamerica/