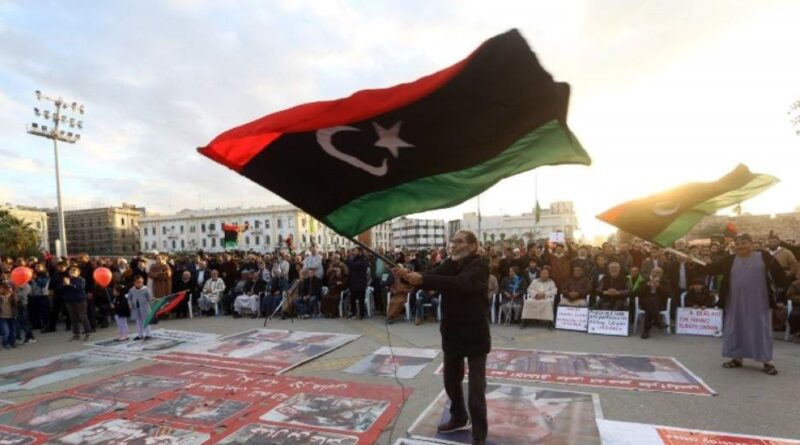 Libya has seen widespread instability since the overthrow of Muammar Qaddafi with brief truces in between. People have been killed, displaced, or impoverished. Militias run rampant, and various factions vie for control. On October 23rd, the United Nations Support Mission in Libya (UNSMIL) brokered a ceasefire between the primary factions – the internationally recognized Government of National Accord (GNA) based in Tripoli and Khalifa Haftar’s Libyan National Army (LNA) based in Tobruk. While the hope is in abundance that the terms of a sustainable peace will be implemented, this paper aims to investigate potential obstacles based on lessons learned from previous ceasefires, agreements, and geopolitical realities.

Following the 2011 Libyan Civil War that saw the overthrow of Muammar Qaddafi, Libya’s fragile government was splintering without a plan to strengthen its institutions. The elected General National Congress (GNC) faced insurmountable polarization and an inability to disarm or defend against militias occupying Tripoli. Fearing for their safety, many members of the GNC’s House of Representatives (HoR) fled to Tobruk, essentially allying themselves with General Khalifa Haftar. General Haftar, as an anti-Islamist who had cleared urban areas of Islamist militants in the east and south of Libya, was also supported by neighboring Egypt, an anti-political Islam state. The HoR fleeing led to Islamists controlling Tripoli and declaring themselves the new GNC.

The pre-Islamist GNC also faced a domestic legitimacy crisis, as low-voter turnout and obvious military inferiority to the Tobruk government laid bare a mistake of the Libyan transition process: An election held before state-building rendered the GNC incapable of unifying the nation on common ground. Furthermore, while the Tobruk government is stronger militarily than the Tripoli military, neither are capable of exerting control over the militias they are allied with. Other militias, especially in the south, are Salafi Jihadi groups that are especially concerning to Europe. The weakness of existing governments and the existence of terror groups thriving in armed conflict displaced many who subsequently fled across the Mediterranean. Diplomatic initiatives stemming from this interest led to the Skhirat Agreement of 2015.

The Skhirat Agreement or Libyan Political Agreement (LPA) was the first major ceasefire of the 2nd civil war. The Islamist GNC in Tripoli and the internationally recognized House of Representatives in Tobruk convened in Morocco with UNSMIL to agree on uniting into one new government: The Government of National Accord (GNA). The GNA is to be presided over by the Presidency Council (PC) and endorsed by the House of Representatives, with the GNC serving as a consultative body. In theory, this arrangement is a well-structured governing body. However, the HoR has failed to amend its constitution to endorse the GNA. Instead, the HoR endorsed another rival government based out of the eastern city of Bayda, also aligned with General Haftar. General Haftar meanwhile established a Central Bank and National Oil Corporation rivaling existing GNA-institutions of the same name. Meanwhile, the PC only has two of nine active members: Prime Minister Fayez al-Sarraj and his deputy Ahmed Maiteeq. GNC leadership has faced sanctions from Western powers because of continued hostility with the PC and as a result, has been forced out of Tripoli and has no power. Essentially, the LPA has been a failure highlighted by General Haftar’s 2017 announcement on the 2nd anniversary of the LPA that it had expired and that his Libyan National Army (LNA) was the “sole legitimate institution” of Libya. The GNA has continued to exist despite this declaration.

While other ceasefires were attempted, the Special Representative of the Secretary-General (SRSG) Ghassan Salamé, head of UNSMIL, called on a new plan of action following a series of human rights violations by all parties in Libya in July 2019. A truce is proposed for the holiday Eid al-Adha with various “confidence-building measures” to ensure trust. Following the truce, a summit is called containing all countries involved in the conflict to agree to respect the arms embargo and promote humanitarian practices by Libyan parties. Lastly, Libya’s leaders need to meet to discuss ways to unite a future Libya militarily, economically, and administratively. The SRSG noted that the war was principally fought over resources and therefore any solution requires economic reforms to distribute equitably the nation’s wealth.

The Eid al-Adha August 2019 truce went into effect. After this truce, concerned external states (i.e. no Libyan leaders) met in Berlin to discuss the international interference in Libya. A plan to form a joint military commission among Libyan military leaders and to once again commit themselves to the arms embargo that has been renewed annually since 2011, violations of which have provided drones and advanced weaponry to Libyan factions over the years. The European Union launched Operation Irini to enforce the arms embargo by intercepting ships delivering weapons to Libya. The Berlin conference also called upon a return to the LPA.

A second truce was agreed on January 12th, 2020. The LNA was pressured into accepting a truce by Russian leaders, but by the end of January the ceasefire had been violated 110 times by both sides. No one was quick to label this as evidence of the ceasefire has failed, but it does demonstrate the efficacity of any ceasefires signed and how little control each faction has over their respective allied militias.

Finally, the attempts to unify the Libyan political, military, and economic institutions in Libya resulted in a permanent ceasefire agreed on October 23rd and the emergence of the Libyan Political Dialogue Forum (LPDF), a series of meetings intended to bring legitimacy to eventual elections in Libya. Of note, this ceasefire was agreed during a time of widespread protests against both the LNA and the GNA concerning lack of resources amid the Covid-19 pandemic. Considering the difficulty of getting ceasefires the LNA to agree to ceasefires in the past, a permanent ceasefire might not have happened if it were not for both the international efforts and the will of Libyan protesters.

Just because a permanent ceasefire was agreed upon does not mean that the conflict has been resolved. The ceasefire remains to survive the test of time and despite the cooperative nature of the LPDF, many obstacles remain. One likely obstacle to sustained peace in Libya is foreign interference by actors who stand to lose influence in the region if their preferred faction does not win. While the GNA has had international recognition, its military assistance comes primarily from Turkey and to a lesser extent Qatar and Sudan. Without Turkey’s assistance in stopping General Haftar’s Tripoli offensive in 2019, the LNA may have conquered all territory under GNA authority. Meanwhile, General Haftar may never have had the capability to wage an offensive if it were not for the military assistance provided primarily by Russia, but also Egypt, France, and the United Arab Emirates. The geopolitical divides are clear: pro-Islamist countries support the internationally recognized Islamist-leaning GNA while anti-Islamist countries support the LNA.

But beyond the political question of Libya, there is the question of resources – what the SRSG referred to as the actual prize the war is contesting. Turkey signed Memorandums of Understanding with the GNA, one cementing a military alliance and another demarcating maritime boundary to grant Turkey the right to search and extract oil and natural gas reserves. To protect their oil explorations, Turkey used military assistance to defend Tripoli while the GNA, after defeating the LNA offensive, went on a failed offensive to capture Sirte and the oil crescent. Russia would not allow this to happen because the LNA is funded by the oil exports, and Russia would lose influence in the region unless they were to reimburse the LNA’s lost revenue.

Meanwhile, on the European front, Italy and France are both incentivized for peace in Libya under a European-led process because then they could pressure Libya to control the migrants crossing the Mediterranean. Italy also receives oil from Libya (though not currently, as any oil exports not done through the GNA’s National Oil Corporation is considered illegal), and neither Italy nor France would want Turkey or Russia to take influence from Europe in Libya as that would mean going through Turkey or Russia to address oil exports or migrants.

With Turkey, Russia, and Europe incentivized for different outcomes – Turkey for GNA supremacy to protect their oil exploration, Russia for LNA victory to gain influence and promote anti-Islamist rule, and Europe for migration authority – the UN peace process most closely aligned with European ideals is in danger of being undermined by Russian and/or Turkish efforts. Russia broke the arms embargo during the Berlin conference and Turkey broke the arms embargo numerous times over the next months, signifying neither are fully in on the UN process.

The permanent ceasefire is a hopeful and optimistic agreement. With increased cooperation between Libyan factions, Covid-19 making war less appealing, and the economic hardships suffered by Libyans translating into political demonstrations there is reason to believe the UN has achieved a lasting peace. However, foreign interference remains a large obstacle. With Russia, Turkey, and other states breaking the arms embargo with incentives to continue fighting, the current peace process is in danger of being derailed. Therefore, Europe, the United States, and other powers should enforce the arms embargo with sanctions. Russia, Turkey, the UAE, and others who continue to undermine the peace process and exacerbate the human suffering by illegally delivering weapons should be met with sanctions. The European Union should also expand Operation Irini to inspect beyond maritime deliveries and include aerial and land deliveries in its inspections because most weapon deliveries to the LNA occur overland through Egypt. However, the EU does not have the political will nor capabilities to expand in this manner. To get around this, the EU should sanction Egypt for overland weapons deliveries, even if they are not coming from Egypt, to pressure Egyptian authorities to disallow violations of the arms embargo through Egypt. To specifically de-incentivize Russian attempts to undermine the peace process, sanctions on the LNA when they are found to receive arms should be more severe to pinch the financial capabilities of General Haftar and make it costlier for Russia to support the LNA.

Until the Libyan Peace Process is left without egregious foreign interference, peace in Libya is unlikely to be attained despite the permanent ceasefire signed on October 23rd. Ceasefires have been broken numerous times throughout the conflict in Libya, but neither the LNA nor the GNA is strong enough to unite the country militarily. The UN peace process led by European states is a way to circumvent a military stalemate, but as Libya devolved into a proxy war over influence and energy resources between Turkey and Russia, incentives among both countries exist to undermine the peace process with continued violations of the arms embargo, which makes the LNA and GNA more likely to use their weapons. To de-incentivize, the EU must enforce the arms embargo more severely while political and economic institutions are built with legitimacy and a democratic process takes shape.