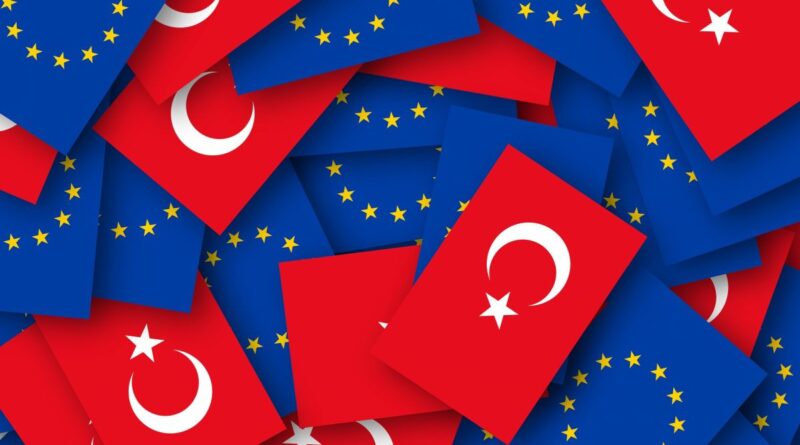 The pattern and it’s logic

The Turkish governance on migration – especially since the 2016 EU-Turkey deal – suffers from an interesting ambivalence that is illustrative of its slow (but steady) shift from a regional power to a global power [1]. A regional power simply has to handle issues and dynamics that take place close to the sphere of influence of the power in question. Conversely, a global power looks beyond and engage in issues that are farther from its normal range. This new Turkish nature is noticeable because of its bargaining power over the EU (which normally would be out of the sphere of its competence) on the matter of migrants. Being Turkey the country that hosts the vast majority of migrants fleeing from Syria, it holds a great amount on the influence that can address towards the EU in terms of funds, enlargement process, visa liberalizations, and so forth. Simultaneously, Ankara’s governance on migration also ruthlessly aims to meet as few obligations as possible. Turkey’s tactic on migration attempts indeed to keep an opportunity-cost ratio over providing services to migrants as tiny as possible, while still having much bargaining power over the EU. In other words, Ankara desires to obtain a great number of benefits (towards the EU) while undertaking as little as the possible expense for migration governance. This can be noticeable especially in a divergence of what Turkey should be legally compelled to behave with migrants (both in terms of international and domestic law) and how it behaves in practice with them.

Before examining in detail the nature of the 2016 deal to comprehend the Turkish tactic, Ankara’s migratory patterns can be comprehended and contextualized even in the earlier decades. Since the disorders in the Middle East in the 1990s, the Turkish governance on migratory flows relied much more on arbitrary decisions made by Ankara’s officials rather than on its legal framework. As a matter of fact, the Turkish domestic and international legal provisions on migration are at times too chaotic to be reliable [2]. For instance, Ankara has very loose provisions in granting refugee status. Turkey ratified the 1951 Geneva Convention on the Refugee, yet it applied a crucial reserve: the refugee status could not apply for all those individuals who were not European citizens. As a result, fundamental principles such as the non-refoulment principle are nowadays not valid for those third-countries nationals that try to apply for refugee status in Turkey. Furthermore, Ankara issued a Regulation on Migrants Treatment in 1994 which was shaped for ad hoc occurrences like people fleeing from the Gulf War. The Regulation had so vague provisions that the Turkish officers felt legitimized to arbitrarily deport or detent people: the officers could not rely much on legal tools to understand whom to accept and whom to reject, so they relied on their decisions. As can be seen, the Turkish behavioral patterns towards migrants from the Middle East have crystallized already since the 1990s. However, this approach did not change even in the light of the European concern over the area after the 2011 Syrian civil war broke out. Being the EU aware of a potential Syrian migratory flow towards its member states, the European Union made concessions to Ankara to convince it to keep the situation under control. For instance, the EU considered a visa liberalization for the Turkish nationals, which could have moved to the Member States without particular bureaucratic issues. Turkey immediately accepted. In exchange, Turkey was compelled to adopt pieces of legislation such as the Readmission Agreement (RA) and the Law on Works Permits of Foreigners (LWP). These two laws were aimed at detecting and eventually keeping the Syrians fleeing from the civil war in Turkey, once analyzed their application. Specifically, the Law on Works Permits of Foreigners provided in Article 1 that Ankara must „regulate the entry, exit and the stay of foreigners in Turkey and to establish the procedures and guidelines for the protection” [3]. However, this formal pattern represented a mere façade for Turkey, that proved to be unreliable eventually in its obligation. The majority of the RA and LWP provisions for migrants’ applications were written in an extremely vague manner. As a result, Turkish officers interpreted them very loosely it came to accept potential migrants from Syria. The officers arbitrarily either rejected back or detained several individuals even if these people were supposed to be able to lawfully apply to certain forms of protection [2]. The Turkish design on migration can be analyzed simply by these crucial years: Ankara adopts a double façade pattern, namely a legal scheme and a more informal behavior in practice. For one, the legal provisions promised clarity and certainty on migration-related issues such as migration applications; for the other, the practice prevented such provisions from being adequately implemented as officers took arbitrary decisions in accepting/rejecting Syrians despite the legal obligations. Eventually, the EU compelled Turkey to adopt clearer and more detailed provisions which found their implementation within the 2013 Law on Foreigners and International Protection (LFIP) [4]. By then, the scenario and the prospects of being accepted for migrants slightly improved: new forms of procedural guarantees were implemented [5]. However, the LFIP still could not prevent detention and deportation from remaining the most frequent practice. The 2014 Regulation on Temporary Protection (RTP) completed the work for ultimate clarity on Ankara’s migration governance. The two above-mentioned leg adjustments solicited by the EU lied in the European awareness of the unsatisfying behavior that Ankara took the previous years towards the migrants. The RTP provided additionally the Temporary Protection Status, which is not a status traditionally provided in international law. It provided only a temporary permanence within the Turkish boundaries as well as a series of guaranteed rights and services. However, this label was necessary due to the exceptionality of the Syrian mass flow: thanks to the RTP, Syrians had actually easier access to registration, services, and aid compared to other third-nationals. Additionally, they could choose in advance the cities to “temporarily settle” [6]. Regardless, these more detailed regulations will not prevent Turkey from undertaking ruthless migratory governance in the aftermath of the 2016 deal by utilizing legal loopholes and informal practices to accept as few potential applicants as possible.

Despite all the detailed provisions that the EU wanted Ankara to adopt, Turkey’s designs seemed not to change much: obtaining great benefits coming from its talks with the EU and paying little costs -in terms of acceptances and responsibilities for migrants- seemed to still be the main goal, even if this meant greater vulnerabilities for Syrians. This target did not change -but rather consolidated further- in the aftermath of the 2016 deal. The deal mostly possessed important three provisions: a regulation dictating the return of irregular migrant from Greece to Turkey; a rule providing that, for each Syrian migrant sent to Turkey from Greece, another had to be dispatched from Turkey to the EU; and a provision over financial support to improve living conditions of Syrians settled in Turkey. Ankara managed to keep its social and economical migratory burdens very low (although its benefits were rather great) in different manners. For instance, although the deal provided that its funds must be used for social programs like working permits for Syrians, Turkey granted a very low number of them: working permits were issued for those who possessed a great capital (that could thus invest within Turkey) and those whose skills were considered valuable for Ankara. The vast majority of Syrians instead had to rely on informal and illicit employment [2]. Additionally, Ankara tried to use legal tricks between the deal and its earlier legal pieces of legislation on migration as an excuse not to meet its obligations. In this sense, the provision concerning the return of Syrians from the Greek lands represents the regulation where Turkey had greater benefits in relation to its costs. A significant number of Syrians crossed the Turkish territory and reached Greece without applying for temporary protection. However, the vast majority of them are caught by the Turkish authorities in the Mediterranean, and their fate becomes extremely vague and uncertain. The 2014 Regulation on the Temporary Protection provides that an individual that crosses Turkey without applying for temporary protection, cannot apply for it anymore in case they return to Turkey. This means that Syrian crossing Turkey and reaching Greece, once they are caught, cannot apply to the temporary protection status. Although the EU provided an exception for these cases, for a subject could therefore still apply for the protection, the Turkish practice says otherwise. Many of them who are under this circumstance are prevented from applying by the Turkish officials, who referred mostly to the Regulation on Temporary Protection and not to the deal provision. As a result, these people are detained or deported to their country of origin. Another legal instrument Ankara utilizes for deporting people lies in article 57(2) of the RTP, which establishes that temporary protection must ensure by Ankara only in case the subject does not represent a domestic threat. Obviously, defining which individual represents a threat and which does not is a total prerogative of the government, that decides accordingly. As a result, Turkey is very often reported to grant temporary protection only to individuals who are considered culturally affine to the Turkish, namely Sunni Syrians. Other minorities (such as the Syrian Kurds) are very often denied the temporary protection because they could start to claim the birth of Kurdistan, which is a risk Turkey does not want to take. The Turkish process of selection of only the “non-dangerous” individuals represents the so-called Selective Humanitarianism [7]. Other than legal obstacles to the Turkish migration governance, Ankara utilized material obstacles as well. Particularly, Ankara commissioned the construction of 900 km-long walls all along the perimeter of the Turkish-Syrian borders. The walls also comprise defensive towers and watchtowers. The wall project of course is aimed at reducing the flow of people fleeing from the civil war and entering the borders [8]

The Turkish design in a nutshell

In the light of Ankara’s behavior towards the Syrian migrants, Turkey’s design appears clear. What it aims is to keep the cost-opportunity ratio in committing to its governance on migration as low as possible. Simultaneously, Turkey still behaves as its “efforts for Syrians” needs to be highly compensated with talks and negotiation on the European Union tables. The rewards at stake are several: potential EU enlargement for Turkey, visa liberalization for Turkish citizens, funds, and subsidies. In other words, Ankara wants its benefits coming from the EU (talks, soft power, negotiations) to be greater than the migratory burdens undertaken. This design of course negatively affects the humanitarian vulnerability [9] of all those individuals who either cannot enjoy out a proper application in Turkey or are deported to Syria again. In this scenario, the EU plays the role of the weaker actor as it very rarely opposes the Turkish double façade of its migratory patterns. There are very few ways out for this situation to end. Either the civil war in Syria finishes -which is still highly unlikely to happen- or the EU takes more efforts to make its voice be heard by Ankara -which is even more unlikely-.

[3]   The New Draft Law on Foreigners and International Protection in Turkey, C. Soykan

[5]   Stuck in the Labyrinth: The Status of Syrians in Turkey on the International Migration Problem, E. KurtuluşI

[7] Pragmatism, moral responsibility or policy change: the Syrian refugee crisis and selective humanitarianism in the Turkish refugee regime, U. Korkut)