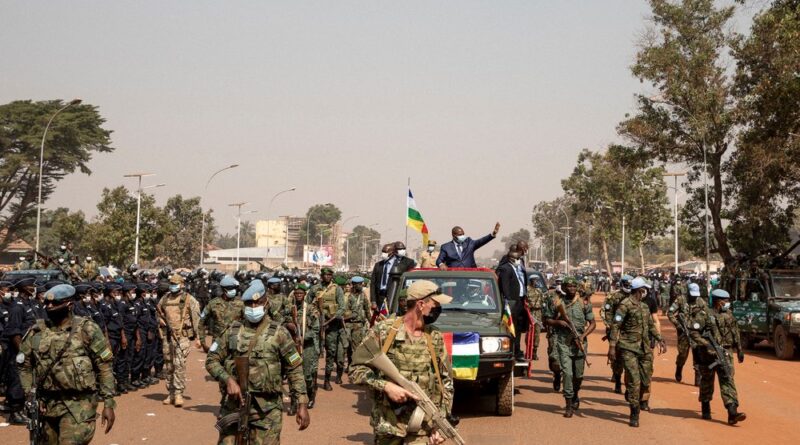 Considered by many ones of the forgotten crisis in the world, the instability in the Central African Republic (CAR) continues. After years of violence, the country doesn’t seem close to peace, and new elections put the country at risk of a civil war. Since its independence from France in 1960, CAR has faced continued turmoil, including five coup d’états. The last one in 2013, when the then-president François Bozizé was ousted by the predominantly Muslim rebel group Seleka. In response to killings and attacks committed by the Seleka, the Christian majority created a new rebel group, the Anti-balaka. In 2014 the United Nations (UN) created a special mission to CAR, the United Nations Multidimensional Integrated Stabilization Mission In The Central African Republic (MINUSCA) in order to mitigate the tensions between the two rebel groups. Thanks to international intervention, elections were held in 2016, and Faustin-Archange Touadéra was elected president.

New elections occurred on 27th December 2020, when the people of CAR went to the polls to vote for a new president. However, the road to the December elections was tumultuous. Since the coup in 2013 and the rise of the Seleka and Anti-balaka militias, the two groups split into different factions that today control two-thirds of the entire country. The former president François Bozizé is also a player in the recent instability in CAR. He returned to the country in December of 2019 after years in exile and was planning to run for president. However, the court in charge of the elections denied him the candidacy because of his pending charges for crimes against humanity by the CAR’s government, and sanctions issued by the UN for supporting the Anti-balaka militia during the insurgency in 2013. In the first weeks of December, some militias were reportedly approaching the capital Bangui, and president Touadéra accused Bozizé of inciting them and attempting a coup. During this time, a group of 14 militias created the Coalition of Patriots for Change (CPC) and accused president Touadéra of trying to commit election fraud in order to win a new term in office. Violence has continued through December, and it’s still ongoing.

Russia, the UN, and Rwanda are the main international actors present in CAR, and in their own way, they are trying to bring stability to the country. As previously mentioned, the UN mission MINUSCA has been active since 2014, helping government troops fighting militia groups. In 2018, Russia and CAR signed a cooperation agreement that provided Russian military help to CAR – 300 soldiers, training to government troops, and weapons – and ensured Russian access to CAR’s diamond and gold mines. The private Russian military company Wagner is reportedly also present in the country. In the last year, Rwanda also sent an undisclosed number of troops to CAR.

In the days before the elections, violence increased between international troops – mainly the UN – and rebel groups, who captured some cities outside Bangui and in the Western part of the country but were pushed back by UN forces. The battles left some peacekeepers from Burundi dead. This escalation of violence prompted the CPC to call a ceasefire a few days before the elections, which was supposed to last 72 hours. However the CPC called it off the next day accusing the government of not complying, but the government ignored this accusation and didn’t retaliate. The ongoing violence in the weeks before people went to the polls prompted the Democratic Opposition Coalition (COD-2020) – a coalition formed by government opposition parties – and the CPC to postpone elections until the country reached some stability, but the government rejected their call.

On Sunday 27th December, Central Africans went to the polls as scheduled, but many encountered issues. The Rainbow Network, a local independent coalition of human rights organizations declared that in “about 22 percent of cases, voters were denied access to the polls primarily due to a lack of voter cards.” [1] Intimidation was also reported in many polling stations, and due to violence, at least 800 polls remained closed. Out of the 4.7 million people officially living in CAR, only 1.8 million are registered to vote, however, many people are displaced due to the violence, and according to UNHCR 623,400 refugees are living across the border in Cameroon, Chad, the Democratic Republic of the Congo (DRC), and the Republic of the Congo. Only part of these refugees was able to vote thanks to polling stations set up in refugee camps. Election results started to come in the first week of January 2021, and on 4th January Faustin-Archange Touadéra was declared the winner, after defeating his main opponent Anicet-Georges Dologuélénow, who was reportedly supported by Bozizé, and other 17 candidates.

Violence continued after the elections, in fact, on 13th January rebel groups tried to take the capital Bangui, but were stopped outside the city by Russian, UN, and Rwandan troops. The clashes cause the death of one peacekeeper from Rwanda and the death of 30 rebels. This violence comes in response to Touadéra’s election win. In February of 2019, thanks to the cooperation between the UN, the African Union (AU), and CAR government and leaders, president Touadéra and the commanders of the majority of the rebel groups active in CAR signed a peace agreement after long peace talks in Khartoum, Sudan. Part of the deal was to include former members of the militia in the government army, and include them in government roles, however, Touadéra’s effort to involved them was weak. The peace between the two parties did not last long, and violence resumed in many parts of the country. One of the main issues when it comes to CAR is the many parties involved, both national and international, in the conflict, and the different levels of involvement. According to Moscow, Russian has troops on the ground at Touadéra’s request, however, they gain many benefits from being present in the country, like being granted access to mines and establishing political influence. Even though on the surface it looks like France – the former colonizer – lost interest in the country after it intervened in the insurrection in 2013, it’s still involved in CAR. For example, it had a disagreement with Russia over the best way to approach peace and collaboration between the hostile parties involved in the conflict. Not having a united front from foreign powers for the intervention in an unstable country creates even more chaos to the politics on the ground. The AU and the Economic Community of Central African States (ECCAS) have also been involved in the mediation between the government and militia groups in the past, however, these regional and international organizations should be more involved and invested in their members’ stability and security. It seems like none of the parties involved have been very successful at finding a long-term agreement.

It is difficult to achieve peace if the main actors in CAR’s unrest are not on the same page, and demand different things. It is important to remember that François Bozizé is reportedly supporting some rebel factions, and if the opposition and the rebel groups keep rejecting Touadéra’s win, they create instability that has the high chance of turning into a power vacuum. This would lay the perfect setup for a civil war, which would plunge the country into an even more severe political and humanitarian crisis. It is evident that rebel groups are not intimidated by the presence of foreign troops, and they are clearly ready to fight them until they control the rest of the country. If the opposition and rebel groups are not willing to accept Touadéra’s win, it is the duty of AU and ECCAS to intervene, and put serious effort into helping deliver a satisfying peace agreement for both parties.