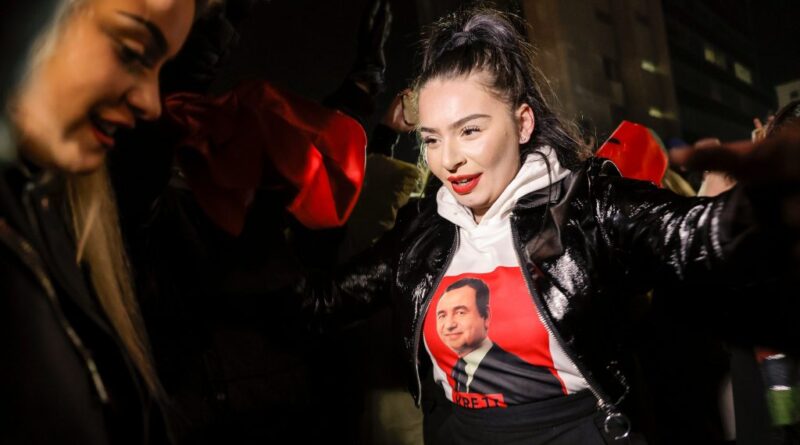 On Sunday, February 14, the Kosovans woke up in a different political landscape. Another snap election was held with a participation rate of 48.78%, but this time Albin Kurti and its party, Vetevendosje (Self-Determination), won more than 48 percent of the votes and 58 seats (50.28%), leaving the rest of the political parties so far behind with the second one, the Democratic Party (PKD), gaining only 17 percent of the votes and 19 seats, and the League of the Democratic Party (LDK) gaining 12.73% and only 15 seats. It was the first time that LDK did not get any Municipality, even in its traditional heartlands. (Jack Robinson and Eraldin Fazliu 2021)

The decay of the PKD was anticipated given that the latter is currently led by Enver Hoxhaj after the former president faces war crime charges in Hague. (Engjellushe 2021) (Mally 2021) The rest of the parties were also left behind and The Alliance of the Future of Kosovo (AAK) will be represented by 8 MPs, winning only 7.12%. (Rexha 2021) Other non-Albanian parties, such as the Serbian List got a small percentage(5,094%) but won all ten seats reserved for Kosovo Serbs in the assembly.

February’s elections took place for the second time in 18 months, a decision made by the Constitutional Court of Kosovo on December 21, 2020, as it had declared the previous parliamentary election as unlawful as it was decided that it is not in accordance with paragraph 3 of Article 95 of the constitution that concerns the election of the government. The court decision mentioned that the government did not receive the majority of votes of all deputies of the Assembly of the Republic of Kosovo as the vote of MP Etem Arifi is invalid due to its prison sentence for corruption. (Bami 2020) The campaign season had taken place amidst widespread accusations of corruption, the resignation of the previous president, Hashim Thaci, due to accusations of war crimes, and an extreme percentage of unemployment because of the coronavirus pandemic. (Obasi 2021) Therefore, with almost 50 percent of votes, Kurti enjoys more legitimacy than any Kosovan government head before him. (Daniel Braun, Granit Ternava 2021) Kurti did not run for prime minister given that he is barred from taking office as a consequence of a legal verdict in 2018 for unleashing tear gas in parliament. (France 24 2021) However, his party can still nominate him, given that the Kosovan Constitution provides for the appointment of a prime minister that is not a member of the parliament if the winning party submits the candidate to the president. (Daniel Braun, Granit Ternava 2021)

As a result, the Vetevendosje’s pledge to create jobs and tackle the endemic problem of corruption with a nationalist platform in the background proved to be the dominant concern of the Kosovans. (Cecchi 2021). Moreover, the central element of the left-wing Lëvizja Vetevendosje’s program remains the self-determination of the Kosovan people. (Cecchi 2021) More precisely, Kurti gained a lot of popularity due to its tough talk against corruption that troubles the country for years. (Đorđević 2021) Kurti had been re-elected Prime Minister in 2019, but the alliance between Vetevendosje and the Democratic League of Kosovo broke up over disagreements on how to deal with the pandemic and vote of no-confidence. Moreover, Kurti’s denial of negotiating with Serbia became a bone of contention between him and the US. Accusations of anti-Americanism from Ambassador Richard Grenell also played a role in engineering a vote of no-confidence between Kurti and its coalition partners. (European Parliament 2021) As a result, the electorate and especially young voters are opposed to a coalition between Vetevendosje and other parties, considering that the public perception is that the political-mafia establishment had unconstitutionally replaced Kurti along with his government during the previous elections. (International Institute for Middle East and Balkan Studies 2021)  

Additionally, the party in its election campaign promised a more active foreign policy with the European Union (EU), Albania, the United Kingdom, and the United States. In terms of the EU, Vetevendosje has concentrated its focus on the need to meet the European standards are required for membership approval. (Visoka 2021)

However, Vetevendosje’s anti-Serbian stance can worsen the already difficult relations with Belgrade. Moreover, the party is in favor of unification with Albania, a target that Kurti himself supported he could favor if the conditions allow it. (Cecchi 2021) Such conditions include also changing the constitution article 1.3, which states that Kosovo cannot join another country. Consequently, Kurti mentioned that a referendum could solve the issue of unification with Albania, but the constitution should be changed first. (Kurti 2021) Moreover, Vetevendosje’s stance on negotiating with Serbia is highly linked with the key issues of reparations, reciprocity as well as recognition. Such a stance will make an agreement with Belgrade more difficult. (Hehir 2021)

Even though Kurti has insisted that the dialogue with Serbia is not on his priorities, he will not be able to avoid the issue given the interrelation between a long-term solution for the matter and the European integration. (Engjellushe 2021) Furthermore, the EU’s high representative Josep Borrell and members of the European Parliament have called on Kosovo to focus on the Kosovo-Serbia dialogue. (Engjellushe 2021)   and to establish institutions as soon as possible. (Szunyog 2021)

However, the unresolved relations between Kosovo and Serbia are not the only reason that blocks Kosovo’s way to Europe. It remains undeniable that corruption and criminality still trouble Kosovo. The anti-corruption message that is cited as the central element of the party is admirable, but similar efforts in neighboring countries such as Montenegro have proved slow-moving and ineffective. (Obasi 2021) By finding a solution to those issues, Kosovo will be able to present itself as a more attractive candidate for the EU membership while it will be able to negotiate with Serbia on better terms. (Hehir 2021) Besides, the pandemic has worsened the already dire economic situation in Kosovo and, consequently, the social polarisation has deteriorated as well. Considering that opposition parties continuously refused to support legislative initiatives to respond to the crisis, a government that will be able to gain clear support will be much more capable of taking the appropriate steps to combat the pandemic. (Engjellushe 2021)

To sum up, political parties may win by votes over agendas, but nation-states need something more in order to survive in the international arena. Just because Kurti enjoys legitimacy from a larger majority than his predecessors, it does not mean he is immune to the political challenges that exist in Kosovo, with the establishment of the institutions remaining a challenge that needs to be faced. Lack of the establishment of institutions can lead up to a new round of elections and, hence, more instability. It remains to be seen if Kurti will be able to live up to Kosovans’ expectations at the moment. The overwhelming mandate bestowed on him reflects the population’s high hopes for economic growth, political stability, and a brighter future. (Daniel Braun, Granit Ternava 2021)

Rexha, Albana. (2021) The Consolidation of Institutions in Kosovo: What is the Nash Equilibrium for the Kosovar voter? European Western Balkans, March 4, 2021, accessed March 11, 2021, https://europeanwesternbalkans.com/2021/03/04/the-consolidation-of-institutions-in-kosovo-what-is-the-nash-equilibrium-for-the-kosovar-voter/.