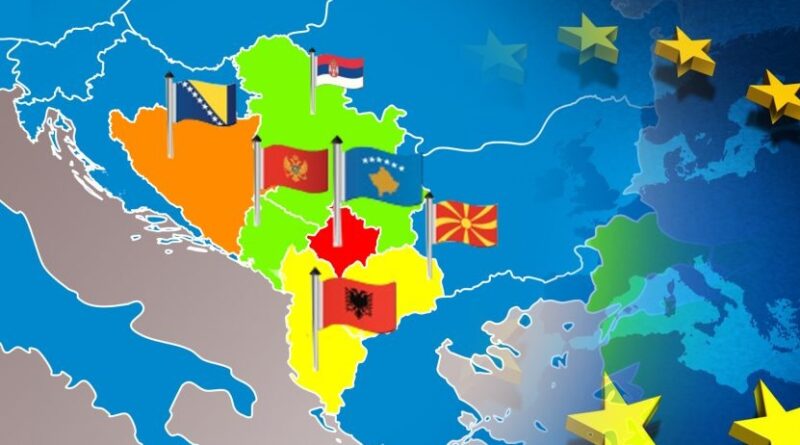 Following their meeting in Skopje, the capital of North Macedonia, on July 29, the leaders of North Macedonia, Albania and Serbia rebranded the “Mini Schengen” initiative as Open Balkan and pledged to greater regional integration. (European Western Balkan 2021b) (Radio Free Europe Radio Liberty 2021) Even though the idea of Mini Schengen came as early as in the 1990s, due to the Yugoslav Wars from 1991 to 1999, it was abandoned in the end. The idea re-emerged in 2018, after a meeting between the interested states. Therefore, in 2019, the Serbian President and the Prime Ministers of Albania and North Macedonia agreed to establish an economic zone to further enhance political and economic connections. (Mikovic 2021) The attempt may resemble a lot the Common Regional Market; however, its importance lies in the decision to cooperate on their own. (Kutuk 2020)

In the conference, it was announced that border controls between the members would be abolished by 2023, while they also signed three documents; the Memorandum of Understanding and Cooperation on Facilitating Import; the Export and Movement of Goods in the Western Balkans; the Memorandum on Free Access to the Labor Market and the Agreement on Cooperation in Disaster Protection. (European Western Balkans 2021a) The main aim is to boost the economic development of the region through foreign investment. (Radio Free Europe Radio Liberty 2021)

The meeting was followed by statements made by the attendees; the Prime Minister of North Macedonia, Zoran Zaev, stated that connectivity is essential for the growth of their economies, the development of the area and a better living for all Western Balkans citizens. The Albanian Prime Minister, Edi Rama, who initially brought back the idea for the Mini Schengen, also mentioned that the area could not move forward without progress in their relations. The President of Serbia, Aleksandar Vucic, stated that the initiative is not inclusive only to North Macedonia, Albania and Serbia and it is open to all countries that wish to join. (European Western Balkans 2021a)

Being aware that European integration is still far, the leaders of the aforementioned countries decided to start their own initiative with the aim of economic integration between them. The countries need to show improvement in certain sectors before they get the green light in the EU in the electoral, juridical, and economic sectors. However, at the same time, the three leaders have expressed their dissatisfaction with the EU as they have started to see their path to their European integration as too cumbersome. (Dunai and Pop 2021) Additionally, the overall appetite for enlargement is low amongst the European countries, which will probably only get worse once the German Chancellor, Angela Merkel, a firm supporter of the European integration, will step down in September. (Dunai and Pop 2021)

As such, even though the three countries are EU candidates, with the EU enlargement process being stalled, the initiative aims at strengthening their economic ties and establishing freedom of movement. For instance, people living in North Macedonia will be able to work in Serbia under the same conditions as Serbian citizens. (Mikovic 2021) Simultaneously, long and unpleasant delays for travelers and complicated paperwork for companies will no longer be an issue. (Marusic 2021) In the last years, there has been an increase in the number of Serbian tourists that visit Albania, which can be further boosted with the abolishment of controls between them. (Dordevic 2020)

Regarding the absence of Bosnia-Herzegovina, Montenegro, and Kosovo, the three leaders commented that everyone is welcome to join the initiative. However, even before the meeting, which saw the initiative’s name changed, Kosovo’s Prime Minister, Albin Kurti, characterized the Mini Schengen’s free economic zone as a visionless initiative and he called for further engagement with the European Union instead. (European Western Balkan 2021b) Initially, Kosovo under the Hoti government had agreed to join the previously called Mini Schengen when it inked an agreement with Serbia in Washington under the auspices of the former Trump administration. (Kutuk 2020) Avdullah Hoti committed to joining the initiative after the Washington Agreement took place. However, Pristina, under the new government of Albin Kurti, has voiced reservations about joining the initiative since it clashes with its ambition to join the EU. The latter also mentioned that the idea is more about “Open Balkans for Eastern Influences” instead of a common market initiative, referring to China’s and Russia’s presence in the region. Being the initiative’s most vocal opponent, Kurti proposed the Southeast Europe Free Trade Agreement (SEFTA), modelled on the current European Economic Area (EEA) trade agreement. (Exit News 2021)

Kosovo’s goal to stay out of regional activities beyond the EU is closely related to its dispute with Serbia. On February 17, 2008, Kosovo proclaimed independence from Serbia. It is still not recognized by Serbia and Bosnia and Herzegovina, as well as 5 of the 28 EU member states (Greece, Romania, Spain, Slovakia, and Cyprus). (Aliu 2020) As such, Kosovo argues that joining a regional effort led by Serbia, could be detrimental to its interests as it fears that Belgrade could use the initiative to create a Greater Serbia. (Kutuk 2020)

The new regional effort is seen by Montenegro as something that may disturb existing relations and a diversion from its European path. Besides, everything proposed through this project is also present in the current arrangements. (Mirkovic 2019) Bosnia Herzegovina also holds the position that any alternative to the European integration delays prospects for European integration. Moreover, Bosnia Herzegovina’s hesitation was due to its internal divisions; according to the 1995 Dayton Agreement, the three entities in the country need to have a consensus to any major foreign policy initiative. Within this framework of the dominating nationalisms of Serbs and Albanians, Bosnian Croats and Bosniaks are afraid that will be the losers. (Balkans Policy Research Group 2021) (Bakota 2019)

One of the main objections against the Mini Schengen is that it conspired to the creation of a “new” Yugoslavia. Following the violent breakup of Yugoslavia in the 1990s, Western Balkans’ countries hold different opinions regarding the Yugoslav heritage along with the contemporary cooperation between them. Hence, Yugoslavia appears as a denominator for any attempt for regional cooperation that does not involve the EU. (Bakota 2019) Moreover, the fear of the Serb-Albanian dominance in such a framework has discouraged the multi-ethnic Bosnia-Herzegovina to participate. (Bakota 2019)

Reactions also came from within the member states; for instance, Genc Pollo, the former Albanian Minister of Innovation and Information Technology and one of the founders of the Democratic Party of Albania stated that any advantages that may be obtained through the Open Balkan initiative could also be achieved through the Common Regional Market. (European Western Balkan 2021b) The Western Balkans Common Regional Market is an initiative within the EU that is centered on the four freedoms; free movement of goods, services, capital and people, while it also covers aspects of digital, investment, innovation and industry policy. (European Commission n.d.)

Nevertheless, if the initiative proves successful, Bosnia – Herzegovina, Montenegro, and Kosovo are likely to press their governments to join the Open Balkan project, given that from an economic standpoint, this new type of regional cooperation may benefit the member states. As such, unless they get solid insurance from the EU that would be the next to join the organization, Bosnia Herzegovina, Montenegro, and Kosovo are expected to join the initiative in the near future. (Mikovic 2021) Besides, due to the enlargement fatigue within the EU, it is highly unlikely that the aforementioned countries will see the light in the tunnel regarding to their EU membership. (Dunai and Pop 2021)

Such initiative could have been a step forward for the member countries. By leaving the past behind, Serbs and Albanians could reconcile with each other and move forward by focusing on economic growth. However, unlike what happened with the reconciliation between France and Germany, where the US was present and further pressured the countries to this direction, in the Balkans, different foreign actors have different interests at stake. This means that for certain of them, divide and rule appears as a better scenario that allows their political influence to be unchallenged. (Mikovic 2021) In the same pattern, the absence of political will to integrate Western Balkans can further make other potential partners more appealing. Apart from Russia and Turkey, China is also active in the region. (Dunai and Pop 2021)

There is, however, hope for an improvement in the relations between Serbs and Albanians. This means that for the time being, Belgrade, Tirana and Skopje will pursue a more pragmatic approach in their relations by focusing on economic matters. (Mikovic 2021) The Open Balkan project could provide new opportunities for the Western Balkan states, given the frustration with the lack of tangible progress towards their EU membership. As such, their goal to develop a joint growth strategy, capable of proposing itself a new scenario of unity in the long-fragmented Balkan reality, could benefit the countries involved, should the other remaining states in the region decide to get involved. (Aliu 2020) Nevertheless, smaller economies such as Bosnia-Herzegovina and Kosovo with high trade deficits fear that they will lose out due to Serbia’s economic dominance, with Mr Gerxhaliu comparing potential Serbian dominance in West Balkans to Germany’s in Europe. (Hopkins 2020)