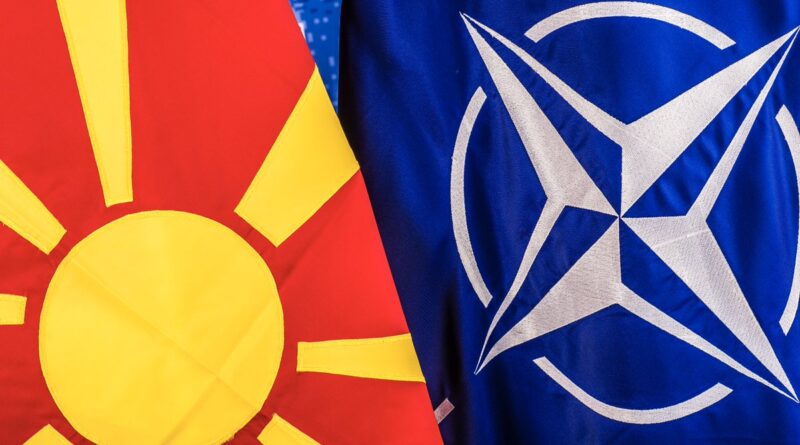 Since the breakup of Yugoslavia, NATO has made important contributions to the regional stability of the Western Balkans but even though there is not any visible threat of war and ethnic conflict, there are still some security challenges that pose a threat for new potential crises. Today’s security challenges include the dispute between Serbia and Kosovo as the latter continues to struggle for the recognition of its independence, the interethnic relations in Bosnia and Herzegovina between the Bosnians, Serbs, and Croatians, and also the interethnic relations within North Macedonia and also the issue of its unitary character.

Said in short words, regional destabilization and interethnic problems have always been present in the Western Balkans and the escalation of only one of them may have a spillover effect on all the Western Balkan countries including North Macedonia which will be used as a case study in this article.

Thus, the article will start by mentioning that North Macedonia had to forge a new foreign and security policy in order to secure its independence and to surpass these types of problems that were already mentioned above. In this way, the Euro-Atlantic integration became one of its main priorities and after the joining of Albania and Croatia in 2009 and also of Montenegro in 2017, North Macedonia became the 30th ally of the North Atlantic Alliance in 2020.

As a starting point, this article aims to give a brief overview of relations between NATO and North Macedonia with a focus on the most important moments. After that, this article intends to pay attention to the involvement of NATO in regards to the Ohrid Agreement, the Prespa Agreement with Greece, and also the Treaty on Good Neighborly Relations with Bulgaria. Additionally, another goal is the analysis of the other side of the coin and, more specifically, the last dispute between North Macedonia and Bulgaria.

Once Macedonia declared its independence, there were neighboring countries that had issues with the country’s official name. Another country like Bulgaria did not even recognize the existence of a separate Macedonian nation and language. What is more, there were still present intra-ethnic tensions as the ethnic Albanians wanted better minority rights for their population. Thus, in order to suppress the inter-ethnic conflict and to secure its independence, Macedonia shifted its foreign policy towards the west and as it was mentioned above, the Euro-Atlantic integration became the top priority of Macedonia. Therefore, in 1995, FYROM joined the program ‘Partnership for Peace’ and within a short time, Macedonia became the first post-Yugoslav republic to join NATO’s Membership Action Plan (Bechev and Marusic 2020).

However, things changed in 2001 as there was a rise of mistrust between the Macedonians and the ethnic Albanian community in regard to their minority rights; this, in turn, led to the creation of the so-called National Liberation Army and an armed campaign against the state security forces emerged. Fearing a civil war scenario, NATO together with the US and EU intervened in a unified manner and reached to prevent a conflict like in Kosovo.

Following the intervention of  NATO and of the EU, both parties involved in the conflict signed the Ohrid Framework Agreement (Slaveski and Agrotova 2017). In this way, the minority rights for the Albanian community were recognized for the first time and were also promised political reforms to guarantee these rights. From here, it can be assumed that the resolution of this conflict highlighted the central role that NATO had in the region. That is why many scholars argue that NATO had an important role in improving the situation in Macedonia (Mulchinock 2017). According to them, this agreement was a guarantee for Macedonia’s sovereignty, its unitary, and also for its multi-ethnic character.

NATO and its impact on the regional stability

Another important point is that after many years of reforms and support for NATO missions, the integration process of Macedonia in NATO was blocked for several factors. The former FYROM was in line along with Albania and Croatia but unlike these two countries, FYROM did not receive an invitation to join the alliance at the 2008 Bucharest summit. Since the beginning of this summit, Greece as a NATO member announced that it would impose the right of veto and prevent the integration of Macedonia due to the “name issue”. Consequently, the NATO allies agreed that an invitation to join the alliance would be issued to Macedonia “as soon as a mutually acceptable solution to the name issue has been reached” (NATO 2008).

Even though the “name dispute” was considered to be the biggest obstacle, there were other conditions such as the full implementation of the Ohrid Framework Agreement, the signing of an agreement on “good neighborly relations” with Bulgaria, and what is more, the NATO allies decided that Macedonia must resolve the intern political crisis as well as the issue of rule of law in order to continue its path towards the integration in the Alliance.

From here, it may be assumed that these facts explain the transformative power of NATO conditionality in regard to intra-ethnic relations and consequently to regional stability and as a result, North Macedonia joined NATO on March 27 and became the 30th member of this alliance (NATO 2020).

The other side of the coin

Even though the domestic situation in North Macedonia has been stable in recent years, there are still some historical disputes with the neighboring countries and also security challenges that still represent a risk for a potential crisis.

A clear example is the rising influence of non-Western powers like Russia, China, and other external powers. As for Russia, scholars like Strasko Stojanovskia and Dejan Marolov argue that as long as Russia remains ‘outside’, it can diminish NATO efforts for stabilization in North Macedonia as well as in the region (Stojanovskia and Marolov 2017, 281-294).

Moreover, one of the reasons why there is a fear of foreign influence is that the EU is refraining from membership talks and withdrawing North Macedonia due to Bulgaria as it continues to demand a “recognition by North Macedonia that its identity and language have Bulgarian foundations” (Bechev and Marusic 2020). However, there are beliefs that North Macedonia will not shift towards Russia or China since their foreign policy follows a western perspective.

As a response, NATO has recently undertaken the so-called “Defender-Europe” which is a multinational, joint exercise between NATO allies and partners (The Economic Times 2021). In this way, including North Macedonia, NATO allies reached to conduct exercises in many member countries and showed a response towards the exertive actions of non-Western powers.

The debates on the transformative power of NATO continue but the majority of scholars argue that North Macedonia has reached many milestones and its domestic situation is more stable. NATO has had a positive impact in regards to the mutual trust and political bonds between the ethnic Albanian minority and the government of North Macedonia as well as between the latter and its neighboring countries.

Another important point is that NATO membership is also perceived as an important step towards the integration into the European Union which is the ultimate goal of North Macedonia and other Western Balkan countries.

To conclude, it may be asserted that even though there are still some security challenges, the North Atlantic alliance together with the EU continues to play a decisive role in regard to democratic values, rule of law, intra-ethnic relations, and regional stability.

Stojanovskia, Strasko, and Dejan Marolov. 2017. „Republic of Macedonia, the 30th Member of NATO?“ International Journal of Sciences:Basic and Applied Research 281-294