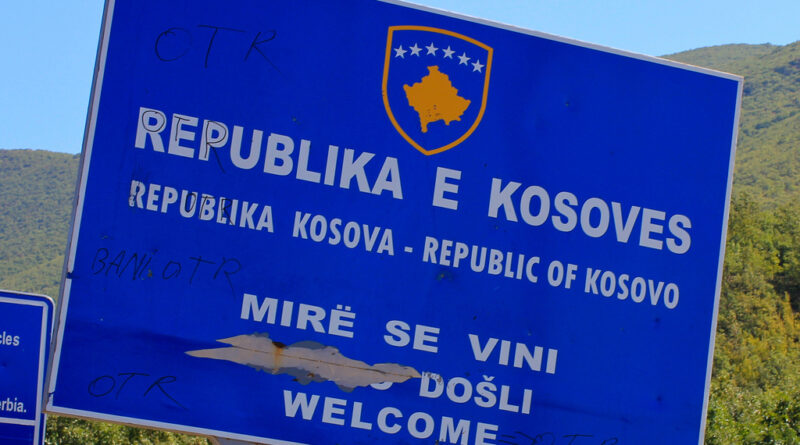 After 22 years of presence, NATO is still needed in the Balkan country

After the withdrawal from Afghanistan, the longest military mission by the North Atlantic Treaty Organization has remained the KFOR mission in Kosovo. The mission started with the bombing camping in spring 1999, and the subsequent military operation in the former Serbian province is still undergoing without signs of changes.

The NATO mission is still under the mandate of the UN Security Council resolution (1244/1999).  The mission is composed of 3,600 troops from 28 different countries. Even if the mission’s mandate seems frozen in time, the situation on the field is quite different.

The relationship between the two main parties remains very tense, without a clear path towards the resolution of the status quo.

Last year the two countries were very closed to find a solution.  While,  former US President Donald Trump, the former Kosovo Prime Minister Avdullah Hoti, and Serbian President Alexander Vucic signed the so-called Washington Agreement. The European Union and most of the analysts were very concerned about this latest agreement. Their critics of this inconclusive agreement were true.   In the last year, the provisions of the agreement were never respected, due also to a change of both administrations in the US and Kosovo. The only real news was Israel’s recognition of Kosovo as an independent country after Pristina opened its embassy in Jerusalem.

On the other hand, Serbia abstains from respecting any provision of the treaty. The only clear step made by Serbia in the last year was avoiding any policy of pressuring third states to withdraw their recognition of Kosovo.

In the meantime, Serbia, Albania, and North Macedonia are setting up a new initiative, the so-called Open Balkans. The idea shared by these three countries is to replicate the open frontier and freedoms shared by the European Union but on a Balkan scale. An initiative that has fount any appreciation from the Kosovo side or by Bosnia-Hercegovina. The action is an important step to show a swift in the region towards new solutions instead of waiting for a sign from Bruxelles. A sign that the European Union should seriously consider a review of its policy towards the Balkan region.

In the background, not neither the Bled security meeting at the end of August or the impeding new talks scheduled for September in Bruxelles made any steps in any directions. President Vucic, using a peculiar nationalistic attitude, is showing to the public the traditional position of any recognition of Kosovo as a country. Vucic keeps on with the Serbian politics of pleasing the European counterpart, pleasing the German chancellor, and expressing its will to increase the tides with the two economics.

President Vucic during the press conference regarding the dialogue with Kosovo affirmed: “It is good that little progress has been made on the issue of the missing. But there has been no other kind of progress. That was not because I will try to be gentle, the Albanian side does not want any talks. I do not know why they are doing that”[1]

On the Kosovo situation, just before the Bruxelles meeting, President Vucic reaffirmed the unwillingness for Serbia to recognise Kosovo and warned the Council of Europe of other institutions of not allowing any admission request from the former province. The one-year ban of any requests for Kosovo has ceased to exist, and probably, Pristina will search for new recognitions. Meanwhile, the two-year sentence of Ivan Todosijevic (former minister with the Sprska Lista) for denying the Serbian massacre of Reçak/Račak, has sparked, again,  the denounced of the so-called peace-mission as mentioned by President Vucic.

One of the thematics on the table of the negotiation in Bruxelles is the missing person status from the war. A September negotiation was already crippled by the cancellation of a direct meeting between president Vucic and Prime Minister Albin Kurti.

One of the issues on the table of the negotiation is the current president of the Serbia commission for the mission person Veljko Odalović. The Kosovo authorities considered Odalovic responsible for war crimes. A precondition that until solved will afflict all further negotiation between the parties.

On the Kosovo side, the deputy Prime Minister Besnik Bislimi, head negotiator, announced the withdrawal of Kosovo from the 2011 agreement with Serbia on the recognition of the Kosovo plate. Even if the decision seems in line with the previous Hoti government to stop issuing KS plate (the plate recognised by the Serbian authorities) seems more a move to show the unwillingness of Kosovo to follow with the previous policies towards the dialogue with Serbia. A decision in line with the reciprocity foreign policy idea that the Kurti government has on multiple occasions already shows its intention to take.

Moreover, Kosovo seems again to resume to pressure other nations to recognize it last week the President Vjosa Osmani called the Indian government asking for support for future recognition. Osmani later this week repeated once more in an interview with the Suddeutche Zeitung also the complete refusal of establishing any Association of Serbian Municipality in Kosovo. Overall, there are, no surprises on them, and the Kosovo policy, despite the announcement on the theme of reciprocity, seems stable and following previous set tracks.

Prime Minister Albin Kurti has in the last weeks announced the reintroduction of reciprocity measures with Serbia in the nearest future.  Until now, the measures are still to be codified. A factor sparks for the future: the relation between Albania and Kosovo is quite cold due to the Kosovo opposition to the Open Balkan forum. On the other hand, the opening of the trial in The Hague against Salih Mustafa, a former KLA fighter, can have repercussions in Pristina.

“I have written a letter to all EU governments when I have identified 11 violations of Serbia with systematic and sporadic barriers, and I am expecting their answer. The reciprocity will be introduced because there is no other way, there is no equality without reciprocity”[2] declared Prime Minister Kurti at the end of the meeting with Angela Merkel.

While Prime Minister Albi Kurti was answering the question of the parliamentarians at the first autumn session of the Kosovo Assembly, on September 20, Serbian people started to protest on the border crossing points of Jarinje and Brnjak. The protest has sparked from the decision of the Pristina authority to withdraw from the current agreement on the recognization of the Kosovo car plate and, following the reciprocity principle, asking for all the Serbian plates to be issued a temporary Kosovar plate at the border crossing point. A procedure that nowadays many Kosovars are obliged to take if they wanted to travel to Serbia. Goran Rakic, head of Sprska Lista, was presented at the protest calling for the intervention of President Vucic. His intervention arrived calling the National Security Council, denouncing Pristina, and sending some armed vehicles in the direction of the border crossing point.

A similar stand by the Serbian on the reciprocity measure was expected to happen and will bring new tension and distrust between the two parties. However, the chronology of the events after many bilateral meetings gives a clue on a possible knowledge of the implementation of this measure from Pristina. On the other hand, at the present stage is very hard to understand if the application of the reciprocity measures with Serbia will benefit the Kosovo position. The decision of the Kurti government for sure will affect the domestic public opinion strengthening its position. A similar dynamic most probably will boost the popularity of president Vucic in Serbia.

From an outside point of view, it seems that the Bruxelles negotiations meetings keep happening with indifference by both parties, as just a sign of goodwill to keep open the dialogue but nothing more. The covid situation has not helped things, and the situation in both countries is developing, and its economic and social effects will not be easy to be recover. But what seems that can change the situation right now is more a surprise move, a proposal, could be better by one of by both countries, capable of reshuffling the card on the table. Until then, most probably the situation will remain the same, with periodical meetings in Bruxelles followed by inflaming declaration against each other for then coming back a status quo. In this overall picture, what is truly missing seems more the incapacity to help the citizens who travel or how effects or business among the two countries or has still relatives messing from the war.