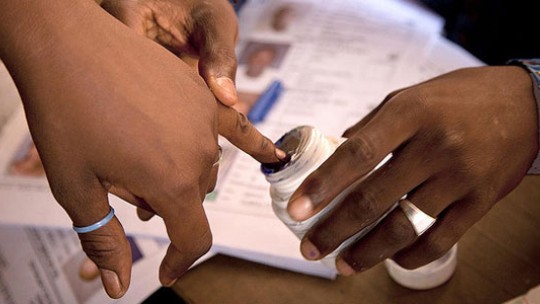 Democracy in Africa has been shaky in recent months. Three countries in Sub-saharan Africa have experienced military coups in 2021, and a third experienced a coup attempt just a few weeks ago. This year, three countries that will hold elections are the ones that currently have either a transitional government or the military in power. Other countries on the list have experienced political tensions in the past few years, so it is safe to say that the 2022 elections will be the perfect way to measure the temperature of democracy on the continent.

Different trends have been surfacing regarding democracy in Sub-saharan Africa that has been contributing to its decline. The first one sees many presidents across the continent have changed or attempted to change the constitution to extend their term in office from two to three or unlimited terms. This clearly undermines the democratic process and perpetuates their grip on power. The second trend is the rise in misinformation campaigns online and on traditional media outlets. This phenomenon has increased especially due to foreign involvement in politics across Africa. it has the risk of causing serious damage to the political stability on the continent and spiking the electorate’s skepticism towards politics. The third trend is the ongoing presence of COVID-19, which in the past few years has caused elections to be delayed in some countries. According to analysts, COVID-19 not only has been used to postpone elections in order to consolidate power with the extra time in office, like the case of Senegal, but it also has been used to reduce the election turnout and consequently prevent part of the population to express their preferences by having elections anyways, but with fewer people willing to risk becoming infected while waiting in line to cast their votes, like in the case of Mali in local elections in 2020.

Idriss Deby’s son Mahamat Deby is now the leader of the transitional military council (CMT), after the unexpected death of his father in battle in April 2021, while fighting insurgents on the border with Libya. After choosing Mahamat Deby as the leader of the junta, the CMT organized a dialogue with rebel groups present in the country, who have been fighting the central government for the past 20 years, but it has not welcomed members of the civilian leadership, making the transitional process not inclusive and unstable. The AU gave Chad 18 months to organize and hold presidential elections, but the refusal of Deby to move forward with elections and the violent repression of protests by civil society, are giving the sense that the junta is not open to dissent or change in the status quo.

Somalia’s president Farmajo –  real name Mohamed Abdullahi Mohamed – will attempt to win a second term in office on February 25th. Somalia has experienced violence and political instability for decades, and the political climate up to the elections has been turbulent. Internal rivalries between members of parliament and Farmajo have persuaded the president to consider an extension of his term in office of 2 years, but he, fortunately, did not decide to carry it out. Notwithstanding, his proposition raised doubts and prolonged tensions in the political elite, raising questions on the outcome of the elections later this month.

The situation in West Africa is probably the most alarming on the continent, after four countries either experienced coups or attempted coups in the past year and a half. Mali is the main concern because of the two coups staged by the military in less than two years, and because of the refusal of the junta to hand over power to a civilian transitional government. In August 2020, Colonel Assimi Goita led a coup against the then president Ibrahim Boubacar Keita, after protests broke out against Keita’s policies. The Economic Community of West African States (ECOWAS) invoked sanctions on the junta, demanding presidential elections in February 2022 to kick start a transitional process. But with the date approaching, Goita staged another coup in May 2021, that ousted the interim civilian government. After the coup in 2021, the  ECOWAS gave Colonel Goita, who became the leader of the junta, until February 27th 2022  to have elections and hand over power to a civilian transitional leadership. However, Goita does not seem to want to give up power, and his ambitions are to remain head of state until 2026, when he thinks the handover process to civilian rule should begin. His reasoning for postponing the election is due to the ongoing fighting between Malian troops supported by foreign powers like the European Union led by France, against Islamist groups in northen Mali. It is likely that the ECOWAS and the African Union (AU) will implement further sanctions in order to persuade Goita to call for elections this year.

Guinea is one of the countries that recently experienced a coup in September 2021, when President Alpha Conde was ousted from power after he changed the constitution to run for a third term, which he eventually won. After the coup, Colonel Mamady Doumbouya was nominated interim president by the junta, with the goal of carrying out a transition led by the military. ECOWAS gave Doumbouya until March 2022 to call for elections to nominate a civilian leadership, however, Doumbouya has given signs of hesitation in following ECOWAS demands, saying that the constitution needs revision, and consequently forcing ECOWAS to invoke sanctions. The situation is still uncertain, but there is a chance that Doumbouya and Goita could become allies against ECOWAS demands for a peaceful transfer of power.

Kenya is scheduled to go to the polls in August 2022, and for the East African country election time has always been a delicate period. Violence broke out in the 2007 elections when the country was on the brink of a civil war, and the last elections in 2017 left some people dead because of clashes between supporters of opposing parties. Current President Uhuru Kenyatta has completed the two terms the constitution allows him, but he did try to remain involved in Kenyan politics by unsuccessfully attempting to change the structure of the executive branch. Fortunately, in Kenya there seem to be functional checks and balances that prevent excessive hold of power, because Kenyatta’s attempt was rejected by the high court. In recent years, Kenya has experienced foreign involvement in online and offline misinformation, aimed at destabilizing domestic politics and creating the spread of fake news and mistrust among the electorate. There is high chance violence fueled by misinformation could break out in the next months.

The West African country recently went to the polls for municipal and regional elections that were initially scheduled for 2019, but have been postponed multiple times, also due to COVID-19. Many considered them a referendum on president Macky Sall presidency – who will face elections in 2023 after a controversial constitution change in 2016 that allows him to run for a third term. Protests broke out in March 2021 against the arrest of Ousmane Sonko, a critic and political rival of Sall, accused of sexual assuault.  COVID-19 restrictions also played a role in the protests,  which according to protestors were causing severe economic strife, especially to business owners and people in the informal economy. On January 24th, president Sall conceded his loss in Dakar and Ziguinchor, a city in the south of Senegal, where Ousmane Sonko was declared the winner of the mayor race.

Africa is clearly at a crossroads. With the rise of military coups as means of getting rid of uncomfortable and unfair leaders, a number of presidents changing the constitutions in order to maintain their grip to power, the growing spread of misinformation, and the ongoing spreading of COVID-19.  African states seem to have their hands full with challenges, and respecting elections and the democratic process appears to be the last choice for many leaders. If democracy is wanted in Africa, it is up to regional organizations like the ECOWAS and the AU, and the international community to be more assertive and find successful ways to persuade interim leaders to accept democratic and fair elections.