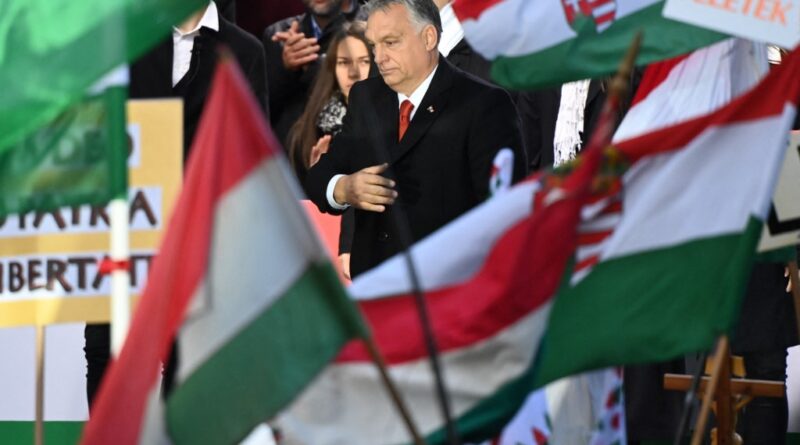 Elections persist as one of the most observed political processes, in both domestic and international settings. Yet, some elections are expected to have greater potential for change and thus become more influential than others. And while logically, one might assume supranational elections, such as those in international institutions shall be deemed as the most distinguished, as they directly impact multiple states at once, the greatest possibility of altering the international politics paradoxically often stems from individual domestic elections. Attempting to examine all the upcoming elections around the world would be highly challenging and narrowing the selection down to a single continent helps, mainly due to the geographical proximity and consequent political interconnectedness. But even in Europe, some elections gain more attention than others, often related to factors of economic and political power, strategic significance, or many others.

Viewed from such lense, two countries particularly protrude as noteworthy. The upcoming French presidential election, filled up with issues of religion and aliens, underlined by omnipresent fear and omitted liberal agenda, deserves a considerable amount of attention. Spring elections in Hungary, on the other hand, have the prospect of ending the twelve-year rule of perceived “troublemaker” Viktor Orbán, which means they also carry Europe-wide weight. This article will mainly focus on summarizing the principal features of the upcoming elections in France and Hungary while attempting to analyze their significance and potential for change in the course of both European and wider international state of affairs.

Starting with the French elections, the first section will deal with reviewing the characteristics of both the election as well as of the different presidential candidates. The second section will turn to Hungary, continuing in the similar examination of various aspirants and elections´ properties. The last, third section will endeavor to emphasize the collective importance of the elections, in the light of European and international political contexts.

Despite the country´s apparent wealth and generous social policy, the lines of candidates heavily lack left-wing representatives. Marginal rightist aspirants dominate the debate with promises of restricted entry to immigrants and other radical changes in the French way of living. The political essayist and writer, Éric Zemmour stands on the farthest right of the political spectrum, renowned for his numerous provoking television appearances. Zemmour claims himself to be “the product of colonization” and frankly admires the French culture, but some of his statements and opinions are deemed as highly problematic and as a type of excessive flag-waving.

Zemmour achieved widespread fame largely from his hatred towards Islam reflected not only in numerous controversial statements but even in contentious actions, such as when he asked a woman to remove her hijab on live television. Zemmour´s intolerance does not end with Islam, tightly connected to immigration policy but spills over to myriad other areas of interest, such as euro, gender studies, or sexual revolution, where he for instance accused LGBT school associations of “brainwashing” and “indoctrinating” children. However, while Zemmour’s chances of winning the election stand low, his open condemnation of Islam and public animosity towards the religion allowed the presidential debates to gain clear and radiant direction. Following Zemmour´s example, rightist candidates began to vie with one another in proposing greater limitations on social benefits for immigrants, greater migration regulation, and most importantly, the strictest interventions towards Islam.

In close competition stands lawyer and politician Marine Le Pen, whose third candidature seems almost habitual. Keeping to the traditional promises of restoring border controls, or the restriction on transfer of French companies to cheap-labor destinations, guarantee Le Pen with approximate 20% votes, yet, similarly to her first two candidatures, the third seems also unlikely to conclude a success. On the other hand, the next candidate, Valérie Pécresse is a breath of fresh air in the French presidential elections. The candidate, who describes herself as “two-thirds Merkel, one-third Tatcher” experienced a radical ascent in popularity, after winning the primary votes and after being chosen by Republicans as their presidential candidate.

The head of the Ile-de-France region around Paris is, according to Le Point the “Only real challenge for Macron”. Similar to the other two previous candidates, she venerates French nationalism and she further promises to reform France´s generous pension system and cut the swollen public wage bills, both Macron´s major failures. To not lag behind the other candidates, Pécresse toughened her language on immigration and identity, underlined by statements on terminating the automatic right to French citizenship for people born in France or the necessity to tighten juridical sentences in places police no longer holds full control of.

The current president Emmanuel Macron remains tough competition for any of the other candidates striving to replace him. His presidency, however, provides him with a substantial advantage. Not only do the five past years provide the voters with a realistic view of Macron´s rule and a sense of stability, his powers moreover enable him to conduct his campaign in a more elevated manner. With the current French presidency in European Council, Macron has the ability to set the official EU agenda. And Macron´s trace in the Union is often appraised by the French, mainly in the area of incessant proposals and suggestions, ranging from single minimal wage to collective European army.

And while long-term successes or failures should be the ones to decide, the majority of voters decide on their choice only on short notice before the election. Therefore, some of Macron´s most recent decisions might gain unexpected significance in the light of the upcoming vote. His latest negotiation with his Russian counterpart in Kremlin might, at first sight, seem a win-or-lose type of situation, yet, the outcome of the dealings was not so unequivocal. Unwelcoming reception, cold and distant setting of the negotiations turned out in favor of Vladimir Putin, but Macron did not return defeated. Not only did Putin not completely disregard Macron´s concrete security guarantees, but Macron´s visit to Russia further raised the question of his indispensability in Europe´s relations with Russia. Moreover, whether European leadership currently provides any better figure to take patronage over the negotiations with Vladimir Putin.

Parliamentary elections in Hungary are not only dissimilar to the French but most European elections. Making them distinct is the already expected lack of fairness and freedom, which Hungary experienced during the past two elections. The ruling right-wing and national-conservative Fidesz with Viktor Orbán seems to have declared war on independent media in Hungary, which is only one of many seamy sides of his rule. Hungary has in the past year’s experienced a shift bearing unexpected uniqueness, especially in Europe – the reverse transition, or the transition from liberal democracy to a hybrid regime. Commenced by the new constitution, the rule of Fidesz characterizes Hungary as a country based on Christian values. Orbán´s administration was also quick to introduce laws enabling the dismissal of public employees without cause possible and therefore allowing the central and local public administration to become politicized and filled with Fidesz cadres. And while the elections in years 2014 and 2018 set the benchmark of fairness low, such as by practices similar to changing the borders of constituencies, Fidesz seems to be prepared to go even further beyond it.

What serves as a notable change from the past elections, is the way Fidesz addresses the opposition. Not only do its prominent figures like László Kövér consider the opposition to be the “biggest threat to national security”, but the general shift towards tougher language suggests Fidesz no longer considers opposition deplorable, rather legitimate opponent and dangerous enemy. The success of Fidesz does not lack ambiguity and Orbán understands the trouble Fidesz has gotten into and tries to solve it by continuous financial input. Via the emergency powers derived during the COVID-19 pandemic, Orbán was able to further limit the opposition´s financing and budget. But what exactly makes Orbán and Fidesz alert?

Due to the growing popular discontent with Orban´s regime, the united opposition raised in lead with Péter Márki-Zay. The deeply religious Catholic, who also believes in the secular state appears like the genuine conservative candidate in the Hungarian election. Next to Márki-Zay, Fidesz seems a right-wing radical, exploiting ideology as an instrument for power. While the mayor of Hódmezővásárhely lacks experience in statewide politics, he is not short on his range of knowledge and experience after his five-year stay in Canada and the United States, where he worked as salesman and product manager.

But the decisive weight remains in the countryside, which is only a hardy approachable for Márki-Zay. Consisting largely of an older population, often without access to the internet (the only vital source of information, as other types of media, inform with a notable level of bias), Márki-Zay remains the candidate of Budapest and bigger cities. The united opposition remains closely pressed together, mainly due to widely accepted conviction, that Orban´s dictatorial efforts to push Hungary out of the European Union would be the worst imaginable catastrophe. But even if the opposition ends up victorious, it will be highly challenging to govern a Fidesz-bound country. Nearly impossible would be trying to bypass the Fidesz head of the judiciary, chief of the central bank, and many others. Either way, in the Hungarian polarized society, protests are inevitable whether either side wins.

The French presidential and Hungarian parliamentary elections are, however, not the only elections coming up in Europe in 2022. Earliest comes to the Serbian general election, which threatens Aleksandar Vučić, criticized for his apparent backsliding on democracy, freedom, and the rule of law. Following the French and Hungarian elections come the Slovenian parliamentary, and later in the year even presidential elections. Close Orbán ally Janez Janša faces a similar challenge, mainly in the light of the government´s questionable handling of the pandemic as well as concerns about media restrictions. Northern Ireland elections shall also gain considerable attention, largely due to the significance of the UK and EU dispute over the post-Brexit trading arrangements. And almost no deviation comes with Swedish general elections in September, where prime minister Magdalena Andersson hopes to lead Social Democrats towards a victorious triumph, yet, faces a substantial threat from the right-wing.

What seems to be a similar trend in most of the elections is the uncontrollable rise of conservatism and the right. At least in France, where the lines of potential presidential candidates omit the left completely, and in Hungary, where it seems to be a duel between more and less radical right-wing conservatism. But leaving aside the political spectrum, the European elections seem to be connected by their general direction, as identical issues of religion, fear, and COVID-19 consequences seem to prevail any others. Nevertheless what allows the  French in Hungarian elections to stand out the most are two influential factors. First is the French position in the European Union, which gained a new dimension with Brexit.

The Franco-German engine drives European integration at the moment, giving it not only much-needed stimulus but also considerable orientation and guidance. French elections are, therefore, significant for all the European institutions, in which France has a noticeable influence. Second, both the countries seem to be strategically important in relations with Russia. In regards to the pressing situation at the Ukrainian border, Europe seems to be on the brink of war. In the context of the Russian invasion threat, the dialogue might still seem a viable option to deescalate the situation. Macron´s recent visit to Russia gained attention, yet, its significance is further enhanced by preceding Orbán´s meeting with Putin. Criticized especially by the European Union, Orbán´s trip to Russia was as per his declarations an attempt to escalate natural gas supplies amid Europe´s energy price increase. His actions, however, seem to undermine joint decisions in Brussels, as he is not negotiating or developing a strategy to defend the EU or NATO. In conclusion, the nearest future might decide the actual importance of the upcoming elections in Europe. Therefore, it remains the ultimate necessity to remain alert towards their developments and results.