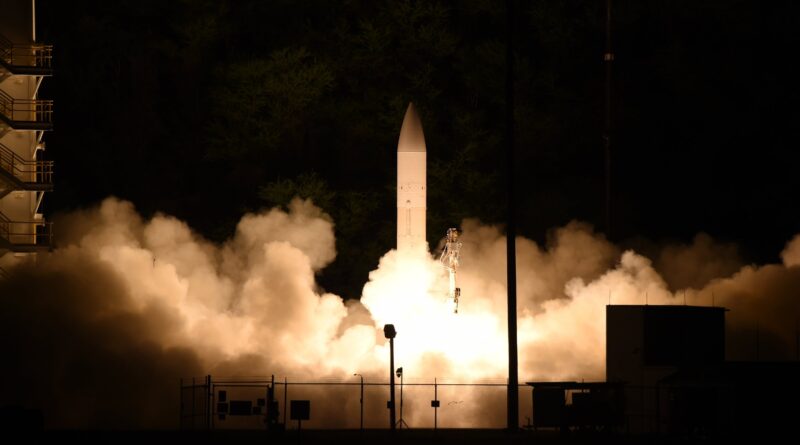 The Third Nuclear Age captured the essence of the future of strategic deterrence policies influenced by emerging technologies and its intertwined with strategic non-nuclear weapons. It is a crucial concept needed to be understood for the Indo-Pacific as the region contains deterrence with both the influences of emerging technology and the risk of an arms race on both nuclear and non-nuclear domains. This article discusses the implication of the Third Nuclear Age on the Indo-Pacific by explaining the importance of the concept of the Nuclear Ages, the third nuclear age, and the implication on the region through the characteristics of the Indo-Pacific observed.

There are two main characteristics of the Nuclear Ages that need to be understood. First, it is a “conventional wisdom” that is derived from the observation, discussion and anticipation of contributors in affairs such as decision-makers and academics. Therefore, secondly, the concept and the real-world policies are connected through an agent-driven process. Both characters implied that Nuclear Ages is nothing naturally fixed or expected; it is rather a result of a constructed conventional wisdom (Futter and Zala, 2021). This later on influences international deterrence policies resulting in the interaction and arms race dynamics that we experience from one era to another.

Nuclear Ages are commonly acknowledged as two separate eras, the First and the Second nuclear age. The First Nuclear Age generally placed itself around the World War II era, back in a time in which nuclear bombs were newly emerging, and the dynamics of such warfare derived from global superpowers and the strategic deterrence that revolved around their moves. While the Second nuclear age generally placed from the Cold War era onwards and evolved around regional powers. This does not imply that the strategic implication of nuclear deterrence policies from superpowers is no longer relevant. In contrast, it exhibits even more complicated deterrence affairs (Bracken 2013).

On the Third Nuclear Age: Foundation and Strategy

The Third Nuclear Age is relatively new compared to the first two therefore both its contributions and strategic implications are still being placed for various discussions. Nevertheless, the key trends and attributions to be acknowledged are the impacts of emerging technology on the existing deterrence dynamics as well as the relationship between the nuclear and non-nuclear effects and innovations (Naylor 2019).

The elements of the Third Nuclear age were driven by the evolution of advanced technology. Began with the increasing trust in missile defense throughout history along with the enhanced cyber capabilities, including artificial intelligence and lethal autonomous weapons throughout time. These technologies affected strike capabilities. For instance, information and strike confidence became at risk with technology advanced enough, that the offender could potentially prevent the counterstrike by jeopardizing the command-and-control system. These capabilities are therefore affecting the more complicated deterrence dynamics (Futter – Zala 2021).

The Third Nuclear Age also involved the advancement of “strategic non-nuclear weapons (SNNWs)”, also known as Non-nuclear strategic weapons (NNSWs), capabilities. As the advancing technology enhances its strike capabilities. SNNWs are not completely new in strategic affairs; however; with their increasing advancement it is becoming closer to legitimate threats to more deterrence policy, nuclear forces included. Such weapons created both a new set of risks and challenged existing trust and understanding regarding first-strike capabilities (Futter and Zala 2021).

Although the SNNWs are still in process of development and most of the capabilities are still uncertain, it is worth understanding that with states that are already under a certain level of conflict, especially with nuclear weapons states, this might have the potential to escalate to the whole fight. The common existing strategic risk is a miscalculation, meaning the states‘ certain acts are strategically misperceived as threatening and could potentially escalate to a bigger and more violent conflict.

Therefore it is possible to see that the arrival of the Third Nuclear Age is composing the dynamics of the new challenges regarding technological advancement which include the factor resulting from and complementing it, for instance, the government’s commitment to research and development regarding the defense industry all the way to security cooperation and the knowledge available for such development, it is also posting the challenge to the deterrence policies and its context that we used to know and therefore it is important for us to understand.

The Indo-Pacific and the Third Nuclear Age

The Indo-Pacific is gaining strategists‘ attention around the world as it has become a prominent strategic stand-off arena for the superpowers. The region itself contains significant attribution, which makes it even more complicated when looking into the Third Nuclear Age implication.

As the Indo-Pacific itself is a geopolitical term with a power politics implication (Tamer  2021), one of the most crucial elements influencing deterrence dynamics, especially in the nuclear domain, in the region are the strategic forces and interaction between nuclear powers and the attempt to influence and/or to form the allies against each other using other states. middle-powers, developing countries, etc., in the region.

Such a strategic power play is inevitably impacted by the existence of two Nuclear-Weapon-Free Zones (NWFZs) forcing states to work on its deterrence strategies around the committed agreement, or at least to remain within the agreement. All these forces created the deterrence dynamics which can be discussed from the Third Nuclear Age perspective.

Under one of the most, if the most, important nuclear non-proliferation regime – Treaty on the Non-Proliferation of Nuclear Weapons (NPT), states are divided into two categories; nuclear weapon states (NWS), and non-nuclear weapon states (NNWS), both differentiated by its possession of nuclear weapons. Under the NPT, the NNWS member states are prohibited to develop and will not acquire nuclear weapons while NWS will commit to the disarmament effort and prohibited to support the NNWS with the nuclear weapons or related technology, unless they are for peaceful purposes, which will be under the inspection and agreement of International Atomic Energy Agency (IAEA) safeguards. (NTI 2021)

In addition, the Nuclear-Weapons-Free Zones (NWFZs) is the regional efforts for nuclear non-proliferation. It is defined by the related- UN General Assembly resolution as “… any zone recognized as such by the General Assembly of the United Nations whereby the statute of total absence of nuclear weapons to which the zone shall be subject, including the procedure for the delimitation of the zone, is defined…” (United Nations Office for Disarmament Affairs n.d.). To put it simply, it is the global regional zone in which its member states signed an agreement, recognized by the United Nations, not to acquire or develop nuclear weapons. There are currently five NWFZs in the world; more than half of them are in the Asia and Asia-Pacific region (Arms control Association 2022).

The potential application and reliance on strategic non-nuclear weapons and the development of technological advancements will become more important than ever before; for the Third Nuclear Age’s impact on the region. We have already been witnessing the development and advancement of SNNWs such as hypersonic technology in the Indo-Pacific. Together with the trend of global military spending, which continues to rise against the pandemic background (Stockholm International Peace Research Institute 2022), it is only suggesting the increasing technological arms race in the region.

Additionally, as the region also contains both the medium-power countries and developing countries without as advancing technology as superpowers – yet desire to acquire more, this indicates the opportunity and the intention for more security cooperation, regarding technological transfer or arms trade deals; with superpowers, which could result in the arms race, forcing the region to be divided into sides.

The U.S. and China are unquestionably one of the most crucial influences on the deterrence dynamic in the Indo-Pacific. Both of them, although not the only superpowers in the region, possess one of the most advanced military technologies, if not the most, in the world. As the region became more of a strategic stand-off arena, it implied the pressure of strategic balance for other less-powerful states in the region.

Both crisis instability and arms race instability, the opposite of the element of strategic stability (Williams 2021), motivated the decision regarding technological development on the military front, and are undeniably driven by the strategic tensions each state faced. The Indo-Pacific region is home to various existing conflicts among sub-regions such as the South China Sea, South Asia, Korean Peninsula, etc., and the increasing demand for military technological advancement; therefore a technological arms race is inevitably on the edge of escalation. And while the demand for military technology continues to rise, yet national research can hardly keep up, the opportunity for technological transfer from superpowers to other states, such as middle-powers, also increases.

There are now emerging opportunities for both NNWSs and NWSs to seek benefits from one another; the NNWSs seek to develop the SNNWs with the help of technology transfer from superpowers, while the NWS seek to gain their influence in the region. These affairs are indicating instability in the region in the Third Nuclear Age. Such a military technological transfer, along with the potential strategic tension and arms race risk it will cause, comes with costs that lie beyond the financial aspect.

On China and the Third Nuclear Age

One of China’s stances on deterrence also exhibits China’s motivation on developing advanced technological capacities such as cyberspace. This, however, does not imply the stop or slow down on its nuclear force domain, it only suggests that there are motivations and evidence indicating China’s efforts to develop its capacity in other domains. It has also been pointed out that current strategic stability dynamics are being focused less on the “arms control” front and therefore leaving much wilder room for such a state to develop more strategic weapons and much more complicated deterrence dynamics (Saalman, 2022).

AUKUS partnership and the NPT Loophole

The Australia-UK-US security partnership or the AUKUS (Find out more here) is a prominent example of the Third Nuclear Age scenario in the Indo-Pacific. The nuclear-powered submarine, multiple types of advancing missiles development programs; a technological transfer from the U.S. and UK to Australia as the strategic deterrence to China’s influences on the Indo-Pacific, is proving the case of how the NWSs could cooperate with the NNWSs in the region, regardless the existence or its membership of the NPT and NWFZs, helping the latter to acquire nuclear technology; exercising the NPT loophole regarding the dual-use attribution of nuclear technology.

It is also a case that exhibits the increasing strategic significance of SNNWs as one of the crucial countering the NPT agreement prohibiting the development and the transfer of nuclear technology – unless it is for peaceful use, and not for weapons; therefore, it is an equivalence of an opportunity to acquire significant weapons, in some level capable of deterring nuclear weapons states, without having to break an agreement made as part of the non-proliferation regime. Australia marked the first country to ever exercise such a loophole in 50 years, and now that other states have learned, there are already states expressing the desire to do the same (Murphy 2022).

The various attributions of the regions indicate the complicated challenges that existed and arrived. For instance, the intertwined between the nuclear non-proliferation regimes loopholes exploited by the dynamics of the nuclear forces, Nuclear-Weapon States (NWS), the Nuclear-Weapon-Free Zones (NWFZs), and the non-nuclear weapons states. The regional-internal conflict among sub-region states also indicates the potential implication of the Third Nuclear Age in the region, proving not only its existence but also the need for policy implications to be explored and strategic affairs, in this particular perspective, to be observed.