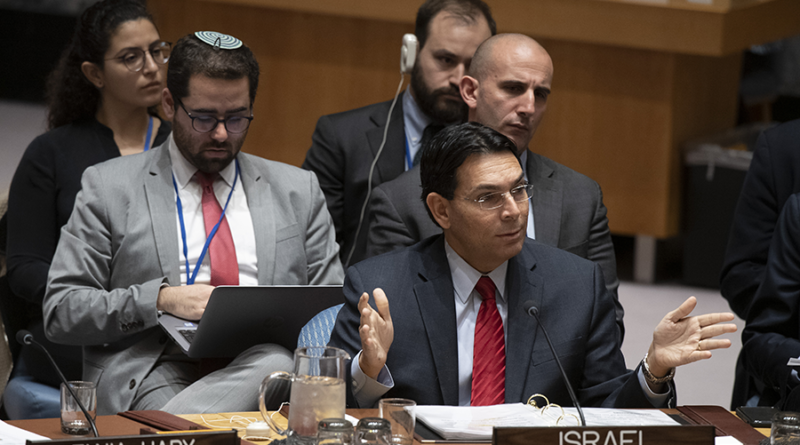 Weapons of Mass Destruction-Free-Zone in the Middle East has been on the non-proliferation affairs discussion table for decades. However, due to its complexity amid the Middle East security affairs, such a zone has yet to exist and is still causing stubborn obstacles toward the global non-proliferation goal. As in terms of regional conflict and security issues concerning the Middle East are well explained in various platforms including here on the CBAP official Website. This article aims to introduce solely the significance of the WMDFZ along with its potential and challenges.

Nuclear Weapons Free-Zone (NWFZ) is, in the simplest narrative, a group of states coming to an agreement not to acquire and/or possess nuclear weapons. The agreement on what exactly is prohibited, i.e. devices, nuclear materials, and so on, depends on each zone’s agreement. The “zone”, although mostly geographically defined, has no finite definition. It usually covers states with intertwined security issues. The NWFZs are, by far with all the existing ones, established by treaty as an international law/relations instrument. NWFZs itself is supported by the Treaty of the Non-proliferation of Nuclear Weapons (NPT). As stated by the UN General Assembly in 1975, NWFZ has two key elements: the total absence of nuclear weapons in the zone and the existence of the verification mechanism (Roscini 2013).

The NWFZ and the Weapons of Mass Destruction Free-Zone (WMDFZ) are different by the category of weapons the zone covers, as defined/will be defined in its relevance treaty. For WMDFZ, the zone supposedly must include “Biological weapons” and “Chemical Weapons” in its prohibition and relevant verification conduction. For the discussion on the Middle East, as mentioned, the need for such zones is not solely on the prohibition of nuclear weapons but all kinds of weapons of mass destruction (WMD), therefore when discussing the “free zone” in the Middle East it is rather the Middle East Weapons of Mass Destruction Free Zone (ME-WMDFZ not NWFZ).

Thus much deeper and more complex solutions are required for the establishment and whether lessons learned from the establishment and operation of the existing NWFZs can be used for the case of WMDFZ or not is still an ongoing debate. However, it is worth noting that most basic elements, such as those regarding security, trust among nations, verification regimes, and so on, are shared among both kinds of weapons of mass destruction prohibited agreements/zones.

Each existed NWFZs, although all linked back to the Treaty on the Non-Proliferation of Nuclear Weapons (NPT) as mentioned, undertaking their own rules from the negotiated agreement. The NWFZs most significant element is not only on the prohibition of nuclear weapons but rather its foundation and involvement with regional security and political issues. The NWFZs is a tailor-made disarmament effort for the world from a regional perspective and therefore carrying, in a way, more efficient and effective disarmament efforts and negotiations that contribute tremendously to the global nuclear non-proliferation goal.

One of the required elements for such a zone to work, for both NWFZ and WMDFZ, is the verification regime which is basically a contribution based on and as a confidence- and security-building-measure created to foster trust among nations. The existing global verification regimes, for nuclear weapons, are carried out by prominent international organizations such as the International Atomic Energy Agency (IAEA) and the Comprehensive Nuclear-Test-Ban Treaty Organization (CTBTO).

For the MEWMDFZ to be established, the attention and decision for such a zone begin from the most basic element – state parties. Which group of countries should be part of the zone? Followed by the next question – what would be the requirement for the treaty to enter into force?  Do all the states parties need to ratify the treaty first? On the potential state parties, there are suggestions from prominent international organizations however – they all seem to share the concerns necessary for the MEWMDFZ to cover Israel and Iran, along with the Arab League as these nations are the key player in both the Middle East security along with the nuclear affairs. There are at least four fault lines in the regions: the Arab – Israeli (on the issue of Palestine), the Israel – Iran (conflict triggered since 1978), the Iran – Sunnite kingdoms (regional rivalry), and the Inter – Arab disputes which are variously occurred (Muller and Muller, 2015).

Conclusion: MEWMDFZ – Where else to Look?

There are various issues relevant to the MEWMDFZ, from the Middle East intertwined with weapons of mass destruction to the obstacles presented with various international non-proliferation regimes (one of the recent issues is regarding the Joint Comprehensive Plan of Action (JCPOA) which will be covered here in the future articles). Besides the zone itself, it is also important to look at its neighbor, both as the contributor to regional security and its relations to the zone. The international dispute in the past, especially from an international law perspective, spotlighted the importance of terms and their clarifications – what exactly will be prohibited under (what) treaty obligations? What does it mean to break the rules? And so on. The observations on affairs among key players on regional security are of the essence.

Source of the picture: Evan Schneider/UN

Fahmy, Nabil (2022): Nuclear Non-Proliferation and Disarmament in the Middle East. Journal for Peace and Nuclear Disarmament, Vol. 5, No. 1, pp.1–13.

Shaker, Mohamed (2015): The Main Elements of a WMD-free Zone in the Middle East. In: Muller, Harald and Muller, Daniel (eds.): WMD Arms Control in the Middle East: Prospects, Obstacles and Options. Oxfordshire: Routledge.