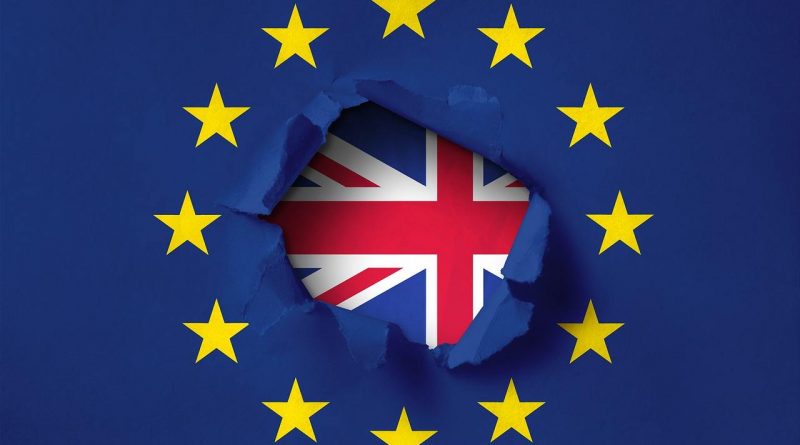 The United Kingdom has represented a state that has been one of the most important contributors to the defense budget and EU budget as such. Furthermore, it has always been one of the biggest supporters of EU-NATO partnership. It should not be forgotten that the UK has been one of the main military power in the EU which spend about 2 % of GDP on defense. Since Brexit has been a very scary reality after the referendum in June 2016, the European Union has had to counter with a completely new situation. What will happen after the Brexit? How can it influence security and defense in Europe?

This pro-US and pro-NATO position has relevance also for the Berlin Plus Agreement of which the UK has been the main supporter. There can be two views on this cooperation. Firstly, NATO has been given more legitimacy and secondly, the European Union has developed military power. NATO has helped the EU to establish its own military power and forces. In 2016, these two global actors thanks to Warsaw summit came together and started to focus on a proper implementation of Berlin Plus Agreement. The 27 heads of states were discussing political and practical implications of the withdrawal of the UK. This summit was crucial for improving partnership between NATO and the EU. It is a step towards new relationship after the Brexit will have a full impact.

As for the European level and the UK relationships with other EU states, Brexit should not affect interconnections between the UK and Germany – these two states have been cooperating in terms of military equipment. Generally, defense industry is almost fully based on national decisions that are not influenced or determined by EU integration. Furthermore, as was mentioned several times, the UK is leaving the EU, but not Europe as such. The decision to leave the European Union is made on the bases of staying independent and autonomous during decision making processes. The UK is prepared to continue in cooperation with EU states and of course with NATO.

The question is which state will substitute the UK in its role within the European Union? Of course, there has been a strong improvement of the position of Germany as it has participated in military operations. However, for such step, it would be needed to gain support from France and partially from Italy. Moreover, the UK has been able to provide nuclear equipment, military forces, but has been also a very strong initiator for improving common operational and crisis management.

However, Germany is not the only state which would desire to become “the important state” in defense. French representatives travelled to the USA in 2016 to discuss the possible situation after the Brexit in terms of French position in defense. France has been sure about its military capabilities and has represented itself as a new ally for the USA. Both Germany and France also promoted a new pact to react on UK’s decision to leave the EU.

The outcome from these tensions and promotions of developing European army is PESCO (Permanent Structured Cooperation). The main purpose is to maintain collective defense, and to build the EU military industry. The long-term goal is to become complementary to NATO, which will stay a crucial partner. PESCO should also serve as a support for European armies. They should cooperate during operations among European military groups. Even though such military and defense cooperation are defined in Lisbon Treaty, nothing really happened until Brexit.

Of course, there were some disputes between Germany and France, mainly because of different idea about the cooperation. Germany wanted broader cooperation, but France hoped for a tight and more efficient cooperation of smaller militarily well-equipped states. From the UK perspective, it has never wanted to establish common European army and therefore will not directly participate. However, the UK would like to cooperate with the EU in defending Europe.The UK, after the referendum about leaving the European Union, declared that Brexit should not affect state security so much, as it should be each state’s responsibility to maintain appropriate security level. However, they would like to cooperate with the EU in terms of close cooperation with Europol, VIS, Schengen Area and other databases including information such as DNA or fingerprints.

Brexit as a next step in European integration, in this case disintegration, is not something to be solved within months. It will take several years to establish new structures, to find a new actor who would replace the UK’s position in defense and military activities. EU defense budget and Common security and defense policy will lose one of the major members as the UK has represented approximately 20% of investments in the European Union.

Current situation shows that the European Union will lose one of the most important contributor for a defense budget. The defense and military cooperation can still continue thanks to not only Berlin Plus Agreement, but also through bilateral or separate multilateral agreements between states. As far as the global security situation requires unified operations, cooperation between NATO and the EU should be strengthened even though the Brexit is taking place. Berlin Plus Agreement between the EU and NATO will represent more important way how to cooperate and how to build a defense capabilities and earnings without the participation of the UK.

Black, James, Hall A. and coll. (2017) Defense and security after Brexit: Understanding the possible implications of the UK’s decision to leave the EU – Compendium report, RAND Corporation, 207 pp.