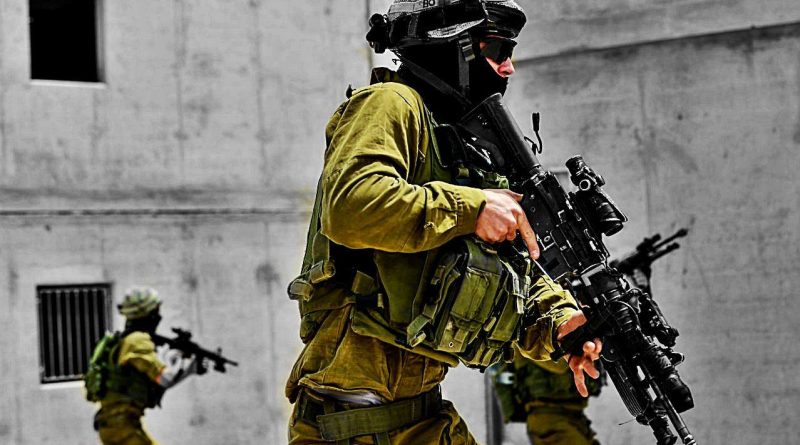 Benjamin Netanyahu won the elections in 1996. “Netanyahu was declared the winner with a scant 30,000 vote margin” (Bickerton, Klausner, 2015, p.330). Netanyahu claimed that while terrorist attacks continue the peace talks cannot. “Upon victory Netanyahu rejected Rabin’s policy of divorcing terrorism from the peace process” (Byman, 2011, p.88). Netanyahu insisted that terrorist attacks are the obstacles on the way towards peace. Also, Palestinians did not perceive Netanyahu and his politics as somebody fitting for making peace. 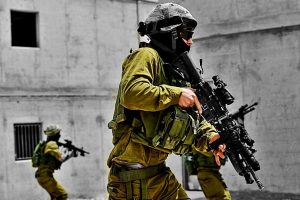 Terrorism during the Netanyahu’s period

After the electoral victory, one of the first actions of Benjamin Netanyahu was the excavation of one of the holiest places of Islam and Judaism, the Temple Mount, which outraged the Palestinians. Riots broke out. Arafat supported the uprisings, which made them more coordinated and less manageable for the Israel Defense Forces (IDF) forces. Palestinian security forces did not disperse the demonstrators but joined them. Moreover, on July 1997, sixteen Israelis died during a terrorist attack on the Mahane Jehuda Market in Jerusalem. Such events required Israeli retaliation (Byman, 2011).

Israeli counterterrorism during the Netanyahu’s period

After opening the border for some time, Netanyahu decided to seal Gaza once again. As in the previous period, sealing of the Palestinian border was a reaction to the attacks coming from the Palestinian territories. Moreover, it helped to detect the attackers trying to get into Israel, what means they were not able to perpetrate attacks (Byman, 2011).

Thus, the nature of the reactive strategy embodied in the sealing of the border and detection of potential terrorists (later brought in front of a court and imprisoned) was fulfilled once again. Moreover, their detection and imprisonment also met the nature of the pre-emptive strategy (to make the attacks the least feasible or unable to perpetrate for their designers and perpetrators). Although, it is clear that the sealing of the Palestinian territories cannot be a long-term solution, it could be used for the handling of the attacks that are perpetrated as an immediate reaction to the targeted killings of the highly ranked Palestinian terrorists. Thus, a question arises, whether this strategy could not have been used after the assassination of Ayyash in order to handle the above mentioned wave of suicide bombing. Such action could perhaps fulfill the goals of the pre-emptive strategy by decreasing the number of terrorists crossing the border.

However, it was not enough for Israeli society, and Netanyahu knew it. Targeted assassination was used once again. The head of Mossad, Danny Yatom, was asked to provide the targets which could be eliminated (Byman, 2011). The leader of Hamas Khaled Mishal was chosen. However, the Mossad agents were captured in Jordan, and the whole operation was compromised. The ramifications of the activity were significant. Jordan cut intelligence cooperation with Israel. Mossad lost one of the most critical partners providing information about the terrorist activities aimed at Israel. “Indeed Jordanian intelligence officials told me that the assassination attempt shattered their relationship with Mossad for several years” (Byman, 2011, p. 92). On the other hand, the failed assassination brought at least one positive impact. Some Hamas terrorists and designers were intimidated by the failed assassination and fled to countries further from Israel. However, it is good to ask whether the planned assassination was worth the loss of a significant source of intelligence about terrorism planned to hit Israel. Based on the above examples it must have been clear to Israelis that the assassination of Mishal would not have any significant impact on further Hamas actions. Reason being as the above example clearly proves that Hamas was able to replace the assassinated mastermind.

It is important to emphasize that the primary goal of the reactive strategy was not fulfilled by Mishal’s failed assassination. Mishal survived and was not brought in front of a court in Israel. However, the goal of the pre-emptive strategy was embodied in the impact of the attempted assassination, when many Hamas terrorists escaped far from Israel or became so deterred they did not continue in their terrorist activities. Therefore, deterrence was the central aspect of the pre-emptive strategy after the failed assassination making terrorist attacks less feasible. This claim could be supported by the numbers of Israeli casualties which played for Netanyahu. 1996 left 56 Israelis dead, the year 1997 left 41 dead, in 1998 sixteen were killed, and in 1999 only 8 Israelis were killed during attacks (Byman, 2011, p.110). On the other hand, the number of the Israeli civilian casualties did not drop significantly before 1998, two years later. Hence, the reason of the drop in the civilian casualties in 1998 and 1999 could rather be attributed to the actions described in the following paragraph.

Another counterterrorism policy was directly aimed at Yasser Arafat. Netanyahu and his strict politics made Arafat more active in the case of fighting terrorism, at least for a while. Netanyahu ordered many raids on the homes of the highest Palestinian proponents and openly complained about Arafat’s inactivity to fight terrorism. In addition, Netanyahu provided information which proved Arafat’s support for terrorism despite the signature of the Oslo Accords. Therefore, Arafat was forced to cooperate. Otherwise, he would have lost support of the international community (Byman, 2011). In addition, many “Palestinian and Israeli security officials even conducted joint operations in 1999” (Byman, 2011, p.109). Palestinian security forces proved to be crucial in the preventing of terrorism aimed at Israel in 1999. However, apparent cooperation with Israel was exactly what Arafat had wanted in order to prepare the Palestinian terrorist organisations for more violent and large scale attacks.

During this rare cooperation, highly ranked Palestinians provided the intelligence about the whereabouts of the wanted terrorists. According to this information, Israel could find and imprison some of the Palestinian terrorists. Furthermore, some Palestinian terrorists were detected by Palestinian police and imprisoned. As mentioned in the previous paragraph, it would be strange to see Arafat cooperating with Israelis with no ulterior motive. Arafat was a master of the “door revolving policy”. It means that Arafat provided some information about the whereabouts of the wanted terrorists. However, immediately after a terrorist was detected and imprisoned, Arafat released the other terrorists sitting in the Palestinian prisons. “A substantial number the detainees were released after a short period once a superficial interrogation had been conducted and without their preparations for terrorist attacks having been foiled” (IICC, 2007, p.2). In addition, his Fatah actively sponsored summer camps of terrorism for young Palestinians. Simply said, he directly raised new Palestinian martyrs.

In principle, we can find the features of both strategies. When Netanyahu forced Arafat to bolster the cooperation, he reacted to the previous events which left behind Israeli casualties. The information provided by Arafat helped bring some of the wanted terrorists in front of a court in Israel or their elimination. Thus, once the wanted terrorists are imprisoned or killed, they are punished by Israeli laws, which means the primary goal of the reactive strategy is met. Moreover, they are not able to continue in their activities which fulfills the nature of the pre-emptive strategy. However, in practice, the effectivity of this tactic is doubtful. Terrorists imprisoned in the Palestinian jails usually spent only a few weeks or months there. After, they were released and could continue in terrorism. Although the effectiveness of these strategies could be seemingly questioned, keeping the masterminds imprisoned at least for few weeks enabled the Israelis to disrupt the actions of the Palestinian militants. The planning of terrorist attacks was continuously interrupted and thus, could not be finalized. This is one of the strategies which is more plausible to have been behind the drop on the civilian casualties in 1998 and 1999.

The sealing of the Palestinian border proved to be a well-tried counterterrorism strategy which could be understood as reactive and pre-emptive simultaneously. On the other hand, the attempt to kill Mishal showed that targeted killing could become an international fiasco which causes significant ramifications and undermines intelligence cooperation with bordering states. On the other hand, despite Mossad’s failure, targeted killing, in this case, spread fear among terrorists who discontinued in their terrorist activities, fulfilling the goals of the pre-emptive counterterrorism strategies. Also, the last part of this chapter explains that cooperation with an enemy could be a double-edged sword.  From a short-term perspective these tactics proved to be efficient because it disrupted the activities of Palestinian terrorists and allowed Israelis to obtain vital information from the imprisoned terrorists. On the other hand, these tactics were not sustainable from a long-term perspective because Arafat continued to release the ostensibly imprisoned terrorists.

The Detention and Rush Release of Terrorists: The Revolving Door Policy under Arafat. (2007). Retrieved June 14, 2017, from IICC: www.terrorism-info.org.il