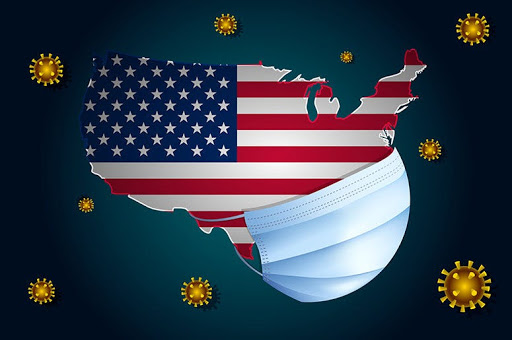 The COVID-19 global pandemic has left very few countries untouched. While the Western European States have effectively been hit the hardest collectively, the United States (US) doesn’t trail far behind. However, what vastly differs is how different countries’ leaders have attempted to mitigate the impact of COVID-19. Many of the decisions made by the current administration have come under fire. Specifically, President Trump has been criticized for failing to implement measures to mitigate the physical threat of COVID-19 and prioritizing the status of the economy over the health and wellbeing of the people. More recently, he has gained the ire of a large portion of the country for publicly spreading disinformation and deepening the divide between the right and left during a period of grave emergency.

The first visible COVID-19 cases in the US materialized in Washington State during late January and were met with great scepticism by the President, media, and political commenters alike from both sides of the political aisle. The downplay of the pandemic aided the spread of the contagion, as citizens continued their everyday life with the belief that COVID-19 was not as big as a threat as it was in Europe and elsewhere. Fast forward to March 13, and the Trump administration started sounding the alarm on COVID-19, declaring a national emergency; however, this did not do much to prevent its spread as New York City became an outbreak epicentre by late March. The COVID-19 pandemic quickly began to spiral out of control as stocks plummeted, and the oil market rapidly destabilized.

Today, there are over one million identified COVID-19 cases nationwide, with well over 60,000 COVID-19 related deaths as of April 30, mostly concentrated in the east coast states of New Jersey, New York, and Massachusetts. The rapid development of the pandemic has brought heavy criticism, much of it levelled against President Trump. Political commentators were quick to point out that Trump had partially gutted the Global Health Security and Biodefense unit two years ago, leaving the US less prepared to confront a future pandemic. Further, critics have been quick to point out that Trump, as well as other politicians, may have been responsible for helping spread COVID-19 by downplaying the threat early on in the pandemic timeline. Meanwhile, many have been left disconcerted by the lack of coordination between the local, state, and the federal government, as they are frequently at odds regarding mitigation efforts and next steps. Moreover, COVID-19 has revealed cracks in the security apparatus. Despite early warnings, hundreds of sailors on the USS Theodore Roosevelt became infected by COVID-19, leading to calls for an in-depth probe.

As millions file for unemployment with each passing week, there is a clear indication that there will be long term effects on the economy, with fears that it will undoubtedly fall into a recession. This will not only reverse recent economic gains that began under President Barrack Obama and continued under President Trump but more so, will have an effect on the 2020 Presidential election. Meanwhile, right-wing protests have been popping up state by state, as a combination of furloughed workers and self-invented freedom fighters rally against stay-at-home measures, which may have the unintended consequences of spreading the virus further. The economic stimulus package which has focused on stabilizing the economy and keeping small businesses afloat has failed to address the economic insecurity felt by those living paycheck to paycheck.

Although hardcore loyalists will continue to support him, Trump could lose a portion of his more moderate base, due to his failure in addressing and mitigating the impact of COVID-19 early on, with disaffected supporters instead possibly turning to Democratic nominee Joe Biden if economic uncertainty continues. In response, the Trump administration can be expected to continue to throw money at the situation in an attempt to mitigate the impact of COVID-19 on the economy. However, in Trump’s rush to reopen states where social trouble is brewing over stay at home orders, may very well lead to the second wave of COVID-19. As many states throughout the US begin to ease shelter-in-place restrictions this month, only time will tell how quickly the country will rebound from the pandemic and whether the current administration will be able to weather its latest storm.

About the Author: Aaron Taylor is an Intelligence Analyst with expertise in the Levant, Sahel and Maghreb regions. His passion for examining how conflict resolution and grassroots solutions can be used to mitigate conflicts led him to pursue a  Master’s in Public Policy from Tel Aviv University with a focus on Conflict Resolution and regional expertise in the Middle East and Turkey as well as a Bachelor’s in Diplomacy and International Relations from Seton Hall University. His professional background includes helping governments and organizations better understand and prepare for geopolitical security risks and works as an intelligence analyst focusing on the Middle East and Americas region.