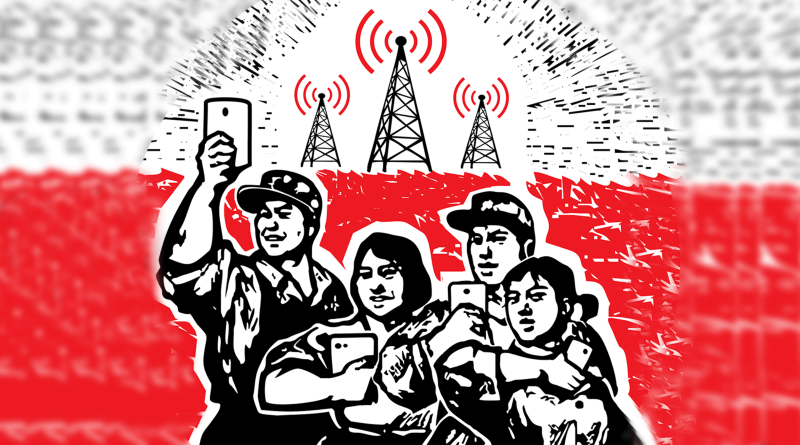 Covid-19 Pandemic has hit China’s ambitious Belt and Road initiative (BRI) quite hard. World’s largest and perhaps the most ambitious infrastructure project of our times that looks to connect Asia with Africa and Europe through land and maritime networks along six corridors was launched in 2013, as the signature foreign policy of China’s President Xi Jinping to bolster the country’s influence.

As of January 2020, a total of 2,951 projects are in progress across the world, involving 2,630 companies valuing a whopping US$3.87 trillion. However, most of the 138 countries that signed up for the initiative are developing nations and are reeling under the impact of lockdowns.

Supply chains have been disrupted and flow of Chinese workers and construction supplies have been shut. Important projects like the China-Pakistan economic corridor (CPEC), Cambodia’s Sihanoukville Special Economic Zone (SSEZ), and other projects in Indonesia, Myanmar and Malaysia have been drastically impeded.

For a short while thus the ambitious Chinese BRI is likely to be stalled although a quick bounce back shouldn’t be surprising. China, after all, is not that naive that it would leave its decades-long inward and outward economic growth uninsured against situations like these.

So, when it reported its first-ever contraction on record-a 6.8 per cent drop in economic output for 2020’s first quarter, a plan commissioned in 2010 to risk assess and prepare for grave economic scenarios kicked in.

While the policymakers in Beijing are working on twisting and turning that plan into works China may consider packages for countries involved in BRI asking for debt relief and financial support.

But it is not just the land and maritime networks that China is looking to keep afloat, this pandemic could prove to be an exceptional prospect for China to expand its digital footprint and rise as a tech giant by providing digital infrastructure globally establishing what it calls ‘digital silk route’.

A white paper “Information Silk Road” jointly presented by the National Development and Reform Commission, Ministry of Foreign Affairs and Ministry of Commerce of the People’s Republic of China in March 2015 paved the way for Digital silk route. The paper called for strengthening internet infrastructure, deepening space cooperation, developing common technology standards, and improving the efficiency of policing systems among the Belt and Road countries. Many China-based companies like Huawei, Tancent, Alibaba, Inspur, Hikvision and Haier have been on the forefront with expanding markets across the Globe.

Some of the companies are also producing important gadgets used to fight Covid-19 which includes thermal screening systems, health applications and other medical equipment.

The concept of Digital Silk route has evolved over the years, here is a timeline:

A colossal project that China is equally keen on pushing ahead as its partners along the BRI seeks to stabilize their economies post-pandemic. Having invested billions of dollars into developing its digital capabilities over several years China has remained unfettered in its ambitions in this space.

It has on its display some very native successes in Huawei, Tencent, and Alibaba that are fast establishing abroad like Europe. The recent conquest of Mount Everest by establishing 5G coverage on the summit of Mount Everest is a small point in the example. State-owned China mobile along with Huawei has successfully built three base stations along the climbing route of Mount Everest’s north face, the side of the mountain facing China at an altitude of 6,500 meters above sea level.

Its prospects like these, however small or big that China will show-off to attract consent from reliant nations to push through its strategic digital expansion. It is not just the tech giants, several countries would also like to emulate some other models too, that have become relevant in contemporary times and China having pioneered them.

China became the first country to launch large-scale trials on electronic currency across provinces, companies and institutions. The e- Renminbi (e-rmb) is the biggest and the boldest step in China’s economic history.

Covid -19 has further pushed the need for the trial of such currency which is expected to curtail human resource involvement, make businesses and commerce agile and speed-up transactions eventually leading to cutting costs drastically.

The currency has also positioned itself as a great challenge to the existence of Dollar in Chinese trading and may fall against Chinese Yuan affecting Global markets.  Amid the narrative of blowback to Globalisation or globalisation in the reverse, this move by china facilitates its financial globalisation. It also secures it against any politically inspired disruption in markets.

Countries (including those in BRI) wanting to pace-up their recuperation will most certainly welcome these technological transfers boosting Chinese presence significantly. Given the fact that Covid-19 pandemic has accelerated the urgency of digital industrialization and industrial digitalization- Digital Silk Road will be a game-changer in this century.

As the lockdowns are lifted gradually around the globe and countries start realizing the actual extent of damages done, curtains will also raise on a new China that’s more out and about compared to the pre-Covid 19 eras. China will be offering its ‘helping hand’ to willing countries as they seek stable economies. Penetrating the Chinese will be into whatever space there is and most importantly eating into the strategic cracks that the US is increasingly leaving and shrinking out of.

The author is a Geo-Political Risk Analyst based in Jammu and Kashmir, India. He also holds a degree in Law and is currently volunteering as a consultant in an NGO fighting against Covid19 in his region. email:mughalzaid@gmail.com