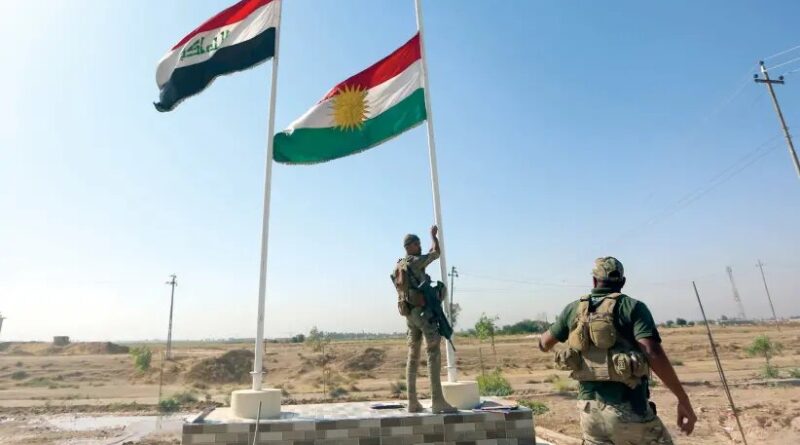 The current dynamics of the domestic politics in Kurdistan have been forged and enforced by the First Gulf War. After the end of the war, efforts were made to institutionalize the peshmerga however, political parties retained control over the forces (Feike 2018). Moreover, during the lead-up to the US invasion of Iraq, there were already two well-established factions that had to be wooed in order to fight against the forces of Saddam Hussein. The heads of these factions in the lead-up to the US-led invasion were Massoud Barzani who was the President of the Kurdish Democratic Party (KDP) and Jalal Talabani who was the President of the Patriotic Union of Kurdistan (PUK) (Maenza 2019). KDP and PUK have persisted and have held on to power since 1992 undeterred even by the protests in 2011 and subsequent crackdowns (Salam 2020). Both parties have been subject to criticism regarding the patronage that they have encouraged including in government jobs to promote party loyalty in order to boost absolute reliance on either of the parties. Furthermore, each of the parties has peshmerga forces that have pledged their fealty to the parties rather than to the state. Subsequently, both the PUK and KDP separately formed their own “security, intelligence, gendarmerie and counter-terrorism” (Feike 2018) entities.

Notably, the battleground of PUK and KDP, the semi-autonomous Kurdistan Region of Iraq (KRI) has been subject to demonstrations as well as strikes. Commentators have attributed the malcontent of the demonstrators in large part to the flawed political structure of the KRI which has been essentially controlled as well as sustained by the Barzani family of the KDP and the Talabani family of the PUK (Salam 2020). KDP has also utilized the fabled name of Mullah Mustafa Barzani who was the father of Masoud Barzani to advance its political position in addition to receiving backing from the Barzani tribe as well as influential tribal leaders in Iraqi Kurdistan whereas the PUK has positioned itself to stand in as the opposition to the KDP (Gunter 2008).

The struggle for power between the KDP and PUK culminated in a civil war from 1994 to 1997 (Abdulla 2019). In 1998, the KDP and the PUK were able to agree and sign an agreement that focused on the equal allocation of political power and governmental income. However, the caveat included a security assurance from the US for the entirety of the Iraqi Kurdish region.

Nevertheless, experts have opined that Kurds have repeatedly battled with central governments to achieve the “most basic rights” (Radpey 2016). These hardships have compelled Kurds to set up autonomous territorial regions including Iraq and Syria. These concerns are further exacerbated by the exploitation by KDP and PUK of the resources of KRI including the illegal allotment of land to the members of their respective parties, cohorts, and family members to prop up their regime. Notably, scholars have also observed that the power-sharing arrangement has weakened the democratic procedure through the exclusive benefitting of KDP and PUK.

The rivalry between KDP and PUK has also contributed and emerged as another factor in the stagnation of the Kurdish economy. KDP and PUK have indulged in favoritism, exploitation, and misconduct to retain their power along with increasing the dependence of the Kurdish economy on hydrocarbons. Consequently, in 2017, the loss of hydrocarbon reserves in Kirkuk led to an “intra-Kurdish crisis” (International Crisis Group, 2020) between the PUK and the KDP. Furthermore, the ineffectiveness of the parties has also resulted in public infrastructure which is inadequate to address the needs of its citizens due to the expenditure of propping up the patronage system supported by the parties. This has further magnified the inequalities between the citizens especially the youth where the levels of unemployment are disproportionately high (Salam 2020).

Furthermore, convergences between the government of KRI and Turkey had also been witnessed in energy (Roberts 2018), trade, and investments (Xinhua 2019). This increased collaboration between the two comes at a time when Turkey has been focused on achieving its neo-ottoman aspirations and has turned militarily against the Kurds (Ahmad 2020).  There are multiple other challenges facing the Kurds as well. These challenges include the right to self-determination and the geographical location of “Greater Kurdistan”. The statelessness status contributes to the disenfranchisement of representation on the international stage.

The foremost challenge concerns political geography. Greater Kurdistan is a landlocked expanse divided between Iran, Iraq, Syria, and Turkey. The separation of the Kurdish population in different countries has led to their being reduced to a minority albeit they are the fourth largest group in West Asia. This further exacerbates their access to public utilities and dilutes their political power. Additionally, strategic analysts have observed that the central governments of Iran, Iraq, Syria, and Turkey have collaborated in order to smother Kurdish resistance in other countries.

Still, the Kurdish political topography is ruled by the KDP along with PUK in Iraq and the Kurdistan Workers‘ Party (PKK) which is the leading Kurdish political party in Turkey and Syria. However, PKK has a narrow appeal for the Kurds in Iraq and Iran while being considered a terror organization by foreign powers. The appeal of PKK lingers and remains part of the political, societal, and commercial fabric in countries where it is functioning through multiple supporting affiliates.

The KDP, on the other hand, leads in Syria, Iran, and KRG alongside Turkey with limited backing. Control in KRG has also provided the KDP with legitimacy and capital especially from Western governments (Yildiz 2019). Furthermore, KRG is the recipient of US aid alongside Kurds in Syria. Moreover, KDP when in power and in holding the KRG has in tandem with the central government in Iraq deployed defense forces against the PKK (Daily Sabah 2020).

Concomitantly, there has been an appearance of a new party that was in the process of wrestling power away from the two dominant parties known as the Change Movement or (Gorran). However, the “wanning of populism” (Jasm Bakr 2019) has resulted in the sidelining of the party in the Kurdish political milieu. The Gorran Movement pushed for the institutionalization of relations between the central government in Iraq and KRI, devolution of power, improved judicial power as well enhanced focus on the educational sector of the KRI. Gorran was also seen to be an alternative Kurdish political collaborator in a Shia-led ruling coalition with an added advantage of overcoming ethno-sectarian markers (Hiltermann 2010).

Consequently, the attention of Gorran leadership was on an agreement with the KDP to form the government for KRG. This had parallels with the coalition in 1992 when the dominant KDP and the PUK, and quite a few minor political parties formed a coalition. However, both KDP and PUK cherry-picked the bulk of the ministerial portfolios among themselves and sidelined the smaller parties (Hama 2020). Furthermore, key leaders from Gorran left the party behind to form a new “opposition” (Habeeb 2018) party called the New Generation Movement (NGM) thereby expanding the futility of Gorran to be able to attain its aims. There are also other parties that have come together to form Services and Reform wherein two are Islamist parties that emerged during the Civil War and the other two are secular socialist parties with the focus being on anti-corruption (Xinhua 2019). Democratic Union Party (PYD) has also been working to limit the influence of the Barzani family in the region at large by denying the participation of parties allied with the family. Nevertheless, the Kurdish political arena remains dominated by KDP and PUK in KRI. Other parties such as Kurdish National Council in Syria (KNC or ENKS) are also closely aligned with the ruling Barzani family of the KDP thereby further increasing the dynastic grip on political power in the region (Jasm Bakr 2020).

Moreover, both parties have been focused on shifting responsibility for the referendum of 2017 which was detrimental to the Kurdish interests on the other (Wahab 2019). Subsequently, scholars have opined that the KDP and PUK have become so deeply entrenched in the KRI partly owing to the transfer of military aid to partisan militias and thereby exacerbated the need for democratic reforms (Jasm Bakr 2020). These events along with corruption have put a strain on PUK where there are multiple centers of power “within its leadership” (Saeed, 2019). The fact that the different centers of power in both political command their own soldiers likewise endangered the solidity of the KRI (Jasm Bakr 2020). The power-sharing agreements have further exacerbated the tensions as in Iraq, the President of Iraq has to be Kurd while according to the power-sharing agreement in KRI, the President has to be from PUK. This position has also been utilized as a bargaining chip to gain concessions.

Some alternate views have been put forth which state that the control of the Barzani family of the KDP and the Talabani family of the PUK provides stability and unity within the parties as well as of democracy in KRI and Iraq as a whole. This becomes extremely substantial as PUK has played a key role in arbitrating between “Shia religious and political forces in Baghdad” (Yerevan, 2019). Furthermore, the KDP and PUK’s participation in regional ruling alliances has been vital to ensuring the parties‘ claims to Kurdish regions of the contested lands. Regional alliances have also signaled greater cooperation at the national level as well as across ethnic and sectarian divides. This also strengthens the bargaining position of the KRI with Baghdad (Connelly, 2019). Nevertheless, PUK and KDP have not accepted the global community’s security sector reform (SSR) program which makes a future conflict probable.