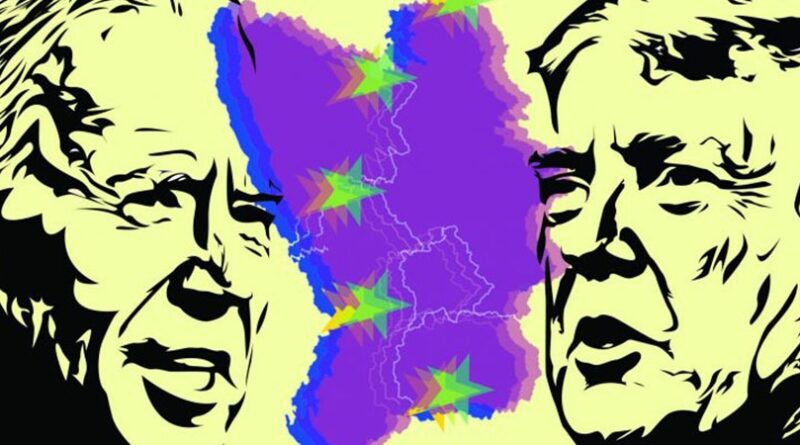 Following a difficult four-year hiatus, the election of Joe Biden as President of the United States provides an impetus for Europeans and Americans to rekindle their regional partnership, particularly restoring their strong ties in the Western Balkans. Unlike Donald’s Trump administration, Biden will not try to undermine the EU and NATO, as he is a firm believer that the international institutions, and hence, multilateral cooperation, serves rather than undermines the US interests. (Scazzieri 2021) In comparison with Trump’s administration quick fix approach concerning the Western Balkans, Ambassador Nickolas Burns called for a return to serving the long-term political goal for the US in the area, related to late President George H.W. Bush vision of “Europe whole and free”. (Hartwell 2020)

In particular, the Biden’s administration in cooperation with Brussels should step up their efforts by offering a firmer anchorage to countries that are still under transition, and consequently vulnerable to conflict, corruption, and violence in the Western Balkans. (Rosa Balfour, Thomas De Waal 2021) Besides, Biden’s first encounter with the Balkans was in a time when conflict troubled the area. In the early 90s, he managed to meet with political and religious leaders while establishing close relations with some of them. In confidential letters, he has called for inter-ethnic cohesion and religious tolerance. For instance, Biden asked Ramush Haradinaj, founder of the Alliance For the Future of Kosovo (AAK), in a confidential letter in 2002 to protect the monastery of Visoki Decani, a medieval Serbian Orthodox monastery. Moreover, he has even expressed his condolences to the Serbs for the NATO bombings in 1999 and earlier this February he urged Serbia to recognize Kosovo in a letter to Aleksandar Vucic, the country’s president. (Engjelluse Morina, Vessela Tcherneva 2021) (Ozturk 2021)

Moreover, the US and the EU need to be united and persistent in the policies for the region by focusing on economic development and democratic progress in order to diminish the influence of other actors in the region, such as Russia and China. (Baboi 2021) Biden’s special relationship with the Western Balkans, in comparison with Trump’s instrumentalization of them, should promote the peaceful Euro-Atlantic integration of the area. (Engjelluse Morina, Vessela Tcherneva 2021) Trump’s lack of interest in an engagement with Europe meant that the governments in the Western Balkans could make self-interested decisions without fear of repercussions, a decision made due to the lack of making progress with the European integration – a state of affairs that will change now that there is a new administration. (Baboi 2021)

During Trump’s administration, American diplomacy was focused on taking independent actions without synchronized with the European Union. Such was the case of Serbia which moved its embassy from Tel Aviv to Jerusalem, as specified in the economic agreement with Kosovo. (Lachert 2020) At the same time, the declarations submitted in the Washington Agreement, which is seen as the most unilateral act of Trump, by Kosovo and Serbia are identical apart from their commitments towards Israel. More precisely, Kosovo also committed to recognize Israel and decided to move its embassy in Jerusalem, and Israel separately to recognize Kosovo. (Muharremi 2021) The Western Balkans Euro-Atlantic unification mechanism has been hampered by a lack of cooperation between the US and the EU. While the September agreement could have fulfilled the Trump administration’s foreign policy objectives, it poses a challenge for the EU’s enlargement agenda as Kosovo’s decision to move its embassy in Jerusalem has been criticized not only by the EU, but also from Arab and other Islamic countries. (Blewett-Mundy 2021)  (Muharremi 2021)

However, without finding a compromise between Belgrade and Pristina, the EU will not be able to continue with the integration process of Western Balkans. To Washington, instability in the area can pose a threat to the American interests as it could expand China’s and Russia’s role in the area. Therefore, in cooperation with the European Union, a new approach should be adopted concerning the Belgrade – Pristina dialogue. (Lachert 2020) Under the new administration, there will not be a separate dialogue between Washington, Pristina, and Belgrade; the dialogue will be in Brussels, under the formal mediation of the EU. (Maksimović 2021)

Moreover, expectations are high in Bosnia, which is considered to be important to Biden himself due to his previous engagement in the region. Daniel Serwer, a US mediator between hostile parties in the late stages of the Bosnian war in the 1990s, is one of those now giving guidance to the new administration based on his firsthand experience from the region. Serwer has proposed several potential proposals to the regional media in recent comments, ostensibly aimed at reforming the Dayton agreement. The latter has called for more centralization, which would limit the powers of Bosnia’s ethnically defined entities and cantons. (Cermak 2021) Even though such an attempt will be met with opposition from the Bosnian Serbs and Croats who seek more ethnic autonomy, as Horowitz has argued, the consociational approach that the Dayton agreement was based on is particularly inadequate.  When leaders compromise across ethnic lines in the face of severe and simple decisions, there is usually a high price to pay, given that counter-elites will arise, referring to any possible compromise as a sell-out. As such, the centrifugal competition for group allegiance does not facilitate compromise, which is evident in Bosnia as well. (Horowitz 2002) As such, Biden’s administration alongside the EU should recognize that type of reform needed is not solving a frozen conflict, but that of a frozen state capture and the most effective way of dealing with the instability in the country is to reverse the state capture by political leaders who use ethnic divisions as a method of distraction. (Ruge 2020)

Given the internal problems the US is facing right now and other external priorities regarding China, Iran, and Russia, the Western Balkans cannot be one of the key priorities of the administration, with the US focusing its diplomacy on issues that are considered more important. However, they will not be out of the radar completely; the most probable scenario is that Biden’s administration will coordinate its actions in the region with the EU. (Maksimović 2021) Nevertheless, the Western Balkans remain within the scope of China’s economic interests, Biden’s administration will have to keep an eye on it. As a result, despite the differences between the former and the current administration, Biden’s approach in the region will have some consistency with Trump’s and will continue trying to drive Chinese technology firms out of allied countries in the area. (Lachert 2020)

Under Trump’s administration, the Western Balkans shifted towards China and Serbia, a trend that needs to be reversed. For instance, the US and the EU should find ways to counter China’s debt-trap diplomacy in the region. Specifically, China has loaned €800 million to construct a highway in Montenegro. A clause in the arrangement specifies that if Montenegro defaults on debt, China will be granted access to Montenegrin property as collateral, implying a method of taking properties in the event of default. (Chaudhury 2021) Moreover, Belgrade has boosted its ties with Beijing since Vucic took office. The US and the EU will have to offer both sticks and carrots to Serbia to increase their influence at the expense of China’s presence. Both actors should pool their financial resources and deliver governments and residents infrastructure, health, and environmental programmes that are essential to them. (Vuksanovic 2021)

In sum, the long-standing issues in the Balkans and Europe cannot be solved by a Biden government. Biden, as an experienced politician, remains a high hope for the area but he cannot do miracles. However, both the US and the EU must use their financial and political clout to hold elected leaders accountable for their actions. With his decades of granular experience in the region, Biden is more suitable for the Long Game in the Balkans and he is more suitable for pushing forward the Euro-Atlantic integration of the area. Hopefully, amid a slew of other foreign policy and security agendas, his administration would set aside the modest political capital needed to restore transatlantic prestige in the region. (Ruge 2020)

Balfour, Rosa, and Waal, Thomas De. (2021). „Getting Back on Track in Eastern Europe and the Western Balkans,“ Carnegie Endowment for International Peace, accessed April 21, 2021, https://carnegieeurope.eu/2021/01/26/getting-back-on-track-in-eastern-europe-and-western-balkans-pub-83561.

Hartwell, Leon. (2020). “ The Biden Administration Will Return to the Long Game in the Balkans,“ Balkan Insider, accessed April 25, 2021, https://www.balkaninsider.com/biden-administration-in-the-balkans/.