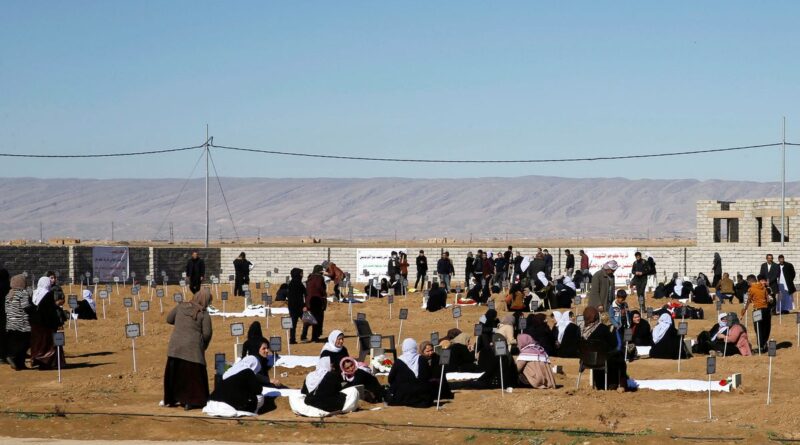 It has been almost 7 years since the massacre in Sinjar happened. The time full of insecurity, instability, sexual violence, and open war conflict, which affected the whole region. ISIS has been very specific in targeting a specific group of minorities (religious as well as national) and in the application of violent as well as psychological tactics during the war. It has put the importance of social security to a higher level due to its establishment of the system of sexual slavery, which has been one of the main weapons against, in this case, the Yazidi minority. Till then, social security in the region was put aside in comparison to military or political security.

The system of sexual slavery has been established in 2014 in Sinjar, with a very specific classification for girls and women, and with certain death for boys and men among the Yazidi minority. However, several cases of sexual torture of very young boys have occurred as well. More than 6000 girls and women have been in captivity of ISIS or have been sold to further supporters of ISIS. The destiny of those could be divided into 5 main categories– staying alive and being sexually, physically, and psychologically tortured directly by ISIS or its supporters, death as the result of it, suicide attempts which have been pretty often “successful”, death due to the resistance to ISIS (publicly killed by ISIS in a horrific way), or, for those who have been lucky, being freed by ISIS itself or by underground secret units.

The length of this way of violence and waging conflict on a social level have lasted from days, weeks to several years. Unfortunately, several hundreds of girls and women have been still missing without any indications of their location. The latest decrease in ISIS activities has caused also the absence of surveillance possibilities and the inability to identify potential locations where Yazidi girls and women could be.

Since 2014, the existence of genocide has been stressed out several times by many international organizations or by people living in the region. Furthermore, the U.N. in 2016 recognized it as a valid perception of the situation. Fortunately, as the activities of ISIS have been partially terminated and this terrorist group has been perceived as almost defeated, it has been a little bit easier to start an investigation regarding its activities against humanity.

The latest update and extremely important statement from the UN investigation group called UNITAD (United Nations Investigative Team to Promote Accountability for Crimes Committed by Da’esh/Islamic State in Iraq and the Levant) have represented an essential step towards justice for the Yazidi minority. It has been clearly said that the investigation finally confirmed the existence of still-ongoing genocide of the Yazidi minority, by using a diverse scope of strategies, but moreover, there has been clear evidence of the usage of weapons of mass destruction (weaponized chlorine or mustard gas) not only against Yazidi minority but also others living in the region.

One of the main sources, which have helped investigators – apart from information from victims or their relatives or those surviving the massacre – has been a discovery of mass graves in Syria and Iraq. It has affirmed the cruelty and horrific violent tactics of ISIS. It has shown different kinds of physical torture including rape.

The main outcome regarding the justice for the Yazidi minority, and future strategy should be prosecutions within Iraqi territory, which should cover war crimes, genocide, and crimes against human rights/humanity. Predicted timing has been suggested for the year 2022. However, another very important step is to be made. The Iraqi government has already been discussing the legislative steps towards prosecutions. Moreover, in Kurdistan, legislation has been already presented with the intention to establish an international court.

The question which arises is whether the U.N. Security Council is going to consider also the option for an international tribunal, as it was seen in the case of Rwanda or Bosna and Hercegovina. Many survivors, and not only from the Yazidi minority, have been calling for this international legislative act. Hopefully, Iraq will at least adopt appropriate legislation for starting the international court.

Abandoned camps and cultural disputes within the Yazidi community

Even though ISIS activities have decreased and the situation could be seen as being improved, the truth is different.

First of all, the original location of the Yazidi minority has been destroyed not only by ISIS and continuing conflict between the government and other military groups but also due to the presence of the Turkish army in the Northern part of Syria. The Turkish army is not only committing crimes against humanity but also has been destroying holy places, graves, and shrines. There might be seen some kind of similarity with the behavior of ISIS, but in this case, the main aim is to force the rest of Yazidi to leave this location, or, probably, to convert to Islam. Those, who are already in refugee camps or those who are under the protection of local organizations, feel that they do not have anywhere to go. Furthermore, Afrin, during the last two years, has seen a mass decrease of minorities in general.

Thousands of Yazidi, those who were freed from ISIS captivity or those luckier, who were able to leave before the massacre in Sinjar and onwards, are currently settled among refugee camps, especially in Khanke Camp. Even though it might be perceived as they are safe for now and their basic needs are fulfilled, it is not like that.

There is a great lack of medical and psychological help for victims of the sexual system of slavery or other violent tactics. Many Yazidi people are forced to deal with their experiences and situation by themselves. Unfortunately, during the last months, it has caused a mass increase of suicide attempts not only among girls and women but also among men. Within the Middle East, it is not so common to talk about such experiences, even with family members. Nevertheless, some Yazidi women and girls have been incredibly brave and stand against classic cultural standards, and have publicly expressed their feelings, and have attended the first round of trials in Iraq to witness what they have experienced.

Speaking about girls and women who were freed from ISIS captivity, many of them are currently facing intercultural disputes and personal emotional clashes. As it has been generally accepted within the Yazidi minority, one should not have sexual intercourse with someone who does not belong to the Yazidi minority, as it has been a rule within their society for the whole history and has been part of their traditions. Many women and girls, however, have children coming from such intercourse, as they were part of the system of sexual slavery. Many of them have had to make an incredibly difficult decision between joining their family and the society while abandoning their child, or staying with the child and never see their families and relatives again. Their children have been in several cases perceived not only as the outcome of inadequate sexual intercourse but also as the children of ISIS and therefore having its predominantly inherited behavior. Many of these children have been under the supervision of an orphanage in the North of Syria.

Fortunately, the Iraqi government confirmed the establishment of new legislation covering support and services helping with the reintegration into the society and social rehabilitation to Yazidi, Turkman, Christian, and Shabaks minorities. On the other hand, the re-integration into Yazidi society is probably impossible as even Iraqi legislation considers these children as Muslims.

The complexity of this cultural and social issue is a long-term matter and will take time to re-establish the Yazidi society and negotiate the possibilities for these children, to reunite them with their mothers and families. Furthermore, the official recognition of the genocide of not only the Yazidi minority should definitely lead to international tribunals as it was seen in the past.

From the Responsibility to Protect (R2P) perspective, participated states in the war should support international humanitarian organizations as well as local projects and groups in their way of providing medical, social, educational, and psychological help to all victims of ISIS. Even though the stability in Syria and Iraq is uncertain or none, state officials should take such steps which would lead to the establishment of proper legislation and a supportive state system.