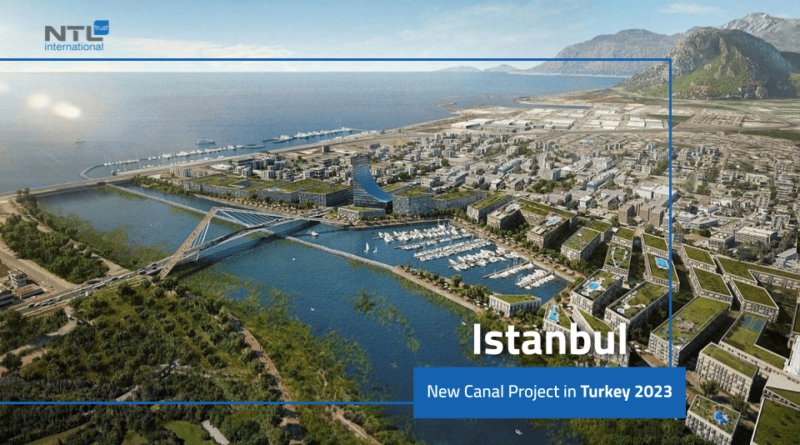 The Turkish aspirations for a more paramount role on the international chessboard became factual over the last decades. A new hint of its interest to incarnate a regional power can be identified in its tactics over the Bosporus canal extension by 45 km claimed by Erdogan during the past months. According to Ankara, such a new strip of the sea would be exempted from the naval transit regulations settled in the 1938 Montreux Convention: this would essentially let Turkey arbitrarily decide which military vessel can enter the Black Sea. The new Turkish infrastructural project might hide a subtle plan involving Ankara’s regional power aspirations, Russia, and the US. Specifically, Turkey’s NATO participation might suggest significant advantages for the US if such projects would come to completion. In exchange, Turkey might find new elements for negotiations with the US in areas like Libya.

Over the last decades, Ankara has desired to overcome its centuries-long marginal role in the international scenario. Ankara’s presence in different areas of the MENA represents the Turkish shift from a middle power to a more regionally committed role: its diplomacy in the Nagorno-Karabakh region and its military presence in the Libyan conflict (specifically in areas such as Tripolitania) are illustrative examples of the Ankara’s growing role. However, the Turkish strategy in a more intense involvement of its surrounding area does not simply concern lands but seas too. This article illustrates how the latest Erdogan’s infrastructural plan in the Black Sea is part of a broader strategy for Ankara’s growing power.

Erdogan has recently contemplated the launch of another megaproject over the Bosphorus Canal: an extension of the length of the Canal by 40-45km next to Istanbul. Ankara’s administration is not new to ambitious infrastructural plans: the 2018 inauguration of one of the world’s biggest airport in Istanbul represents an illustrative example. However, the reasons why the Bosporus extension worries regard economic and diplomatic elements. From the point of view of diplomacy, the extension might jeopardize the 1936 Montreux Convention Regarding the Regime of the Straits. The convention coordinated the transit of both cargo vessels and vessels of war through the Straits of the Dardanelles, the Sea of Marmora and the Bosphorus. According to the convention, Turkey had little voice over the transit of the military ships transit: warships belonging to countries facing the Black Sea could transit freely; conversely, warships not related to Black Sea countries such as the American navy could enter the Black Sea but they could stay within for only 21 days. However, the Montreux regime would not comprise the new Istanbul Canal towards the Black Sea, as Erdogan himself stated. The possible exemption of this area from the Convention might permit Turkey to decide which navy (even not belonging to the Black Sea countries) could enter and exit the area. This threatens the stability of the Black Sea area:  Russia does not appreciate the idea of Turkey having its autonomous regime of warships transiting the new canal. Turkey -as a member of NATO- can potentially transit American battleships through. As a result, this might raise tensions at the Black Sea level.  Fears for further conflicts incarnated into an open letter signed by more than 120 Turkish ambassadors who realized how complex the Black Sea scenario would become if the mega-projects took place. If Turkey had absolute jurisdiction over the new canal, the balance on the area would exacerbate: the Turkish role in that neutral transit area would be compromised. The opponents to the project stated that the Montreux Convention and the Lausanne Treaty determined the bulk of the current Turkish borders: questioning one of these agreements implies questioning the Turkish borders as they are known in the time being. There are also complaints on the economic implications of the project: the Bosphorus extension, estimated at approximately 10bn dollars, brought several points of criticism among Erdogan’s dissidents. According to them, an extension of the Bosphorus is considered not advantageous because the number of ships utilizing the Canal dropped significantly in the last decade: thus, there would be no use to increase the room for transit. The failure to meet the expected returns out of the megaproject might therefore force Ankara to guarantee for the involved companies’ contracts. Such a scenario would further exacerbate the devaluation of the Turkish lira, whose inflation rate skyrocketed after Erdogan sacked the Turkish central bank governor during the previous months. Despite the significant number of attacks, Erdogan seemed not to be intimidated by criticism since the government decided to detain 10 retired admirals who opposed the mega-project. The Turkish president appeared to send a clear and definite message to its nation: despite all the critical issues, the project has aims that go beyond ordinary comprehension. What the critics do not notice is that Erdogan’s tactic over the Bosphorus goes beyond economic or diplomatic implications. Pressure over the Black Sea represents a powerful instrument to increase the Turkish presence over the international scenario and reach the status of regional power.

The creation -or the supposed creation- of the Bosporus extension might be geopolitically beneficial for Turkey: it confers to Ankara some bargaining power with the US. Despite recent inflammatory statements of the Biden administration against the lack of democracy in Turkey, Biden firmly believes in the Turkish alliance through its NATO membership. The US could take full profit from the above-mentioned project in the Black Sea if Turkey let the American warships transit freely in it. After all, the reasons for a recent increased interest of the US in the Black Sea are well-founded. First, the progressive military presence of the Russian Federation next to the Ukrainian borders concerned the US administration: it might exacerbate the fragile stability in the area. The NATO officials have classified the new Russian military buildup next to Ukraine as the largest since the occurrences in Crimea. Secondly, Biden launched a new wave of sanctions against human rights abuses; against the alleged cyberattack on the US government; and against the Russian presence in Crimea. Finally, personal tensions between Biden and Putin because Putin supported Trump electoral campaign: Biden defined Putin as a “killer” increased a negative perception on both sides. These tensions find perfect timing with the Turkish tactic. Turkey seems inclined to lure the American ally at the exact moment the US needs support in the area against Russia. This behaviour -in geopolitical terms- fully illustrates the new switch (from a regional power to a middle power) Turkey recently tries to undertake. The canal extension in the Black Sea might convince the US to grant Ankara an increasingly active role over the current geopolitical scenarios where Turkey is involved. One of these scenarios might consist of the Libyan battlefield, where Turkish forces are significantly active. Turkish-backed foreign fighters and Syrian mercenaries are reported to support the Government of National Accord in territories like Tripolitania. At the beginning of 2021, Turkey did not possess the favour of its NATO ally: the US ambassadors Mills required -in vain- the withdrawal of all the foreign military personnel in the light of the ceasefire established in October 2020. However, the Turkish withdrawal seems not to be happening insofar, as the Turkish Foreign Minister Cavusoglu underlined in his statements. The American rejection of the Turkish presence in areas like Tripolitania can change by the time Turkey has something in exchange to offer. Being present on the Black Sea for longer than 21 days (thanks to the new potential Istanbul project) sounds inviting to the US, in the light of the above-mentioned issues with Russia over Ukraine. Thus, a higher American flexibility for the Turkish involvement in certain scenarios might not be far from occurring.

Turkey’s current strategy consists of an attempted switch from its middle power role to a more committed status. In pursuing it, Ankara engages in different tactics over its potential area of influence: it is present in the Azerbaijani-Armenian tensions; in Syria; in Libya and so forth. The increased participation of Ankara threatens the presence of the US in the MENA. The two countries are linked by NATO, yet they experienced years of tensions because of Erdogan’s current spirit: while the United States reorient the conception of their systemic rival towards China (while still keeping complicated relations with Russia), Turkey became sceptical over the West-centric rule of the world. Turkey seems willing to keep an ambiguous role and alternates its support depending on the circumstances. An example of the Turkish new approach lies in its purchase of the S-400 air defence system from the Russian Federation. Ankara seems to be intended to keep a certain geopolitical balance in the international role. Despite this ambiguousness, Ankara might be eventually able to win the American favour back thanks to the new project in the Black Sea: the canal would allow the US to obtain a deeper military intensity against the Russian rival especially in the light of the recent occurrences in Ukraine. In exchange, the United States can be more rational in the way they perceive Turkey, granting more concessions such as broader room for action in areas like Libya.

Convention regarding the Regime of the Straits (1936) (https://cil.nus.edu.sg/wp-content/uploads/formidable/18/1936-Convention-Regarding-the-Regime-of-the-Straits.pdf 20/07/36)

Intellinews (2021). BEYOND THE BOSPORUS: Erdogan struggles to hold on to the narrative 6.02.21(https://www.intellinews.com/beyond-the-bosporus-erdogan-struggles-to-hold-on-to-the-narrative-202236/?source=turkey 6.02.21)