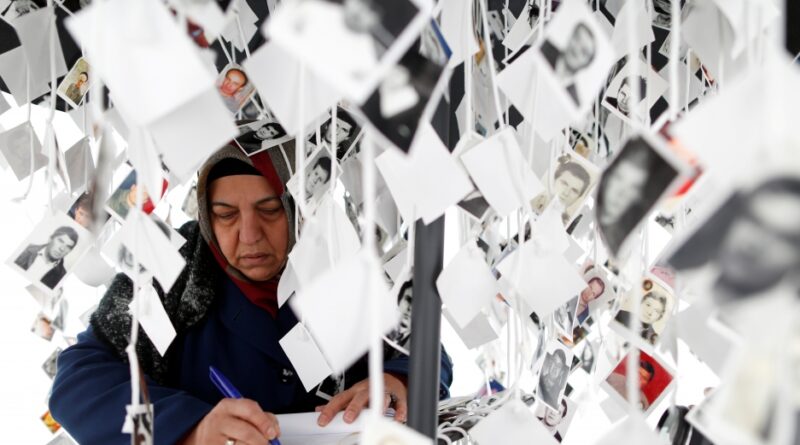 Since the disintegration of Yugoslavia, situations created in the Western Balkans were always critical through prejudices and war crimes surrounding the post-war period. Even today, the missing persons, genocide term, war crimes are some of the few concepts used to describe what truly Western Balkans faces. (Gall 2017)

On 8th June 2021, the final verdict about the ex-commander of Bosnian Serb forces, Ratko Mladic, came to light, mothers of 8,000 victims respected the decision for his brutal acts in former war. (Brey, 2020). When a person helps impunity for war crimes and kills innocent people just for the sake of “humanitarian aid”, then for sure justice should come. Based on statistics, 23,000 were forced and raped, and in the end deported, while killing innocent people unarmed as a sign of humanitarian action cannot be judged or labeled only as a simple war crime. That is why a final verdict as it was taken, gives hope and reduces the waiting period for justice to be served as it should have been before.

The imprisonment of Mladic created new hope for Western Balkans to look ahead and navigate justice for all the wrongdoings in their irrespective countries. For more than enough, those crimes were undoubted remarked as one of the horrifying crimes in humanity. Finally, after tentative appeals, the final decision came and put him in jail for the rest of his remaining life. Will this be enough to have hope for the justice system? Or there is the need for other regional measures?

Brutality started with an individual, serving his military career in former Yugoslavia and later leading the Army of the Republika Srpska in Bosnia during the war. What was judged was the way Mladic conducted military actions by reinforcing hatred, rage towards innocent people. (Nilsson 2018). Given the statistical reports, the Bosnia war is considered one of the horrifying atrocities after the harmful events of World War II. The war left many scars, including Dutch people that were referred to as cowards, letting an evil scenario in Srebrenica. They faced a long-term shameless naming due to letting genocide occur. (Corder 2018)

Nonetheless, in 2019, the Dutch Supreme Court ruled out that Netherlands’ participation in the Bosnia War is partially liable. (Holligan 2019). Moreover, the court added that the present Dutch peacekeepers back in that time evacuated to prevent damages or murder from the Bosnia Serb forces. However, from a Dutch perspective, what failed in Bosnia was not Dutchbat rather than was United Nations itself that failed to secure a “safe zone.” Hence, the term genocide is also absent in Dutch textbooks or rarely mentioned. This stresses out that this article strives to empathize the term genocide as a proven concept. Nevertheless, history itself does not stump only with the imprisonment of Mladic in the Western Balkans. There will be the necessity to open a new chapter for each country.

Therefore, a victory over Mladic brings flashbacks on how justice should be and what is needed in the future. For sure, it indisputable that the United Nation decision against Mladic is to repay past debts, even that responsibility was under Dutch, and for a long time, they lived under a shameful memory. (Koster 2020)

What does remain a challenge for Western Balkans as a whole is the acceptance of genocide. Even that Serbia apologized for what happened previously, the term genocide was not mentioned. However, the term was limited to the actions taken and numbers of killing innocent people based on their religion. It takes time to come to terms with historical background, whereas Bosnia continues to have ethnic division even today. (Pasch 2012)

Whether there is a case of genocide in Western Balkans, judgment arises. This ongoing debate is still present, thus, according to international law, states are legally bound to respect human rights and to be held responsible in case of severe damages or harm. When it is related to human rights, forced displacement, a major violation of all mentioned, responsibility should fall upon states. Not only Mladic’s imprisonment for eternity brings closure to all the open wounds in the society since the 90s missing bodies remain an enormous challenge for states to cope and restore relations in the entire region.

In addition, states continue toward crucial steps in the Western Balkans, to bring at least justice and serve what is right for the wrongdoings in the war. War crimes in the entire region remain a challenge on how to proceed further with all the countries. The initiatives should be taken both from state actors and non-states as it has continued by local NGOs doing major work of finding missing bodies. Moreover, states in Western Balkans are adjusting their internal policies to accept by improving minority rights and discrimination laws. Following this kind of initiative, it ensures that the cooperation and prosecution of war crimes will contribute to compromising cooperation in the region.

A good example to be followed by all the states is to draw attention to the past and create a political agenda focusing mainly on strengthening relations between each other by bringing before justice all the responsible persons during the war. When states decide to stop pending cases of missing persons and prioritize war victims, families with prompt and adequate reparations, then it will enable connectivity and reduction of division. Amplifying ethnic division with a legal provision that intensifies crime against civilians should be banned and removed even from the public statements or visuality. This referral determines states and individuals’ actions.

To achieve this cooperation, a regional initiative must be taken. Thus, all the countries in the Western Balkans suffered from similar damages and need to improve internal and external policies against war crimes. It doesn’t mean that it should be focused only on regional cooperation, public awareness must be promoted across the region, whereas young generations will be informed by appreciating values of tolerance through respecting human rights and condemning war crimes. A clear promotion is to enhance young generations‘ actions needed and which wrongdoings of Mladic should be judged as unlawful towards human rights. When states within their sovereignty achieve to eradicate glorious action towards war crimes, then perhaps regional cooperation can come along by closing old wounds. In the end, there is no neutrality in genocide and war crimes.

A manifestation of the justice

For many world leaders, the decision done by the United Nations has been judged positively to achieve a final resolution in the region. Apart from the missing bodies, the international community believes that this step is forward to another point of resolving ongoing issues in the Western Balkans. According to the international community, it remains important for the governments to strive for justice and leave behind glorying action for criminals in their territory. This action was praised highly by public officials starting from the United Nations, Michelle Bachelet stated that this action proves international justice’s determination and urged officials to refrain from any spread of revisionist narratives. Moreover, the President of the US, Biden declared that this act shows that any person held responsible for wrongdoings, in the end, will take get what deserves. He added that this action ensures the prevention of such atrocities to take place in our lives.

While mainly official figures appreciated international justice’s action, others still believe that there is a lot to be done. According to Arnesa Buljusmic-Kustura, the verdict will only fuel even more ethnic division and raise nationalism more than it was. Mixed feelings were one of the terms used to describe the final verdict and what happened. It can be justified as mixed feelings due to the unresolved issues in the region. Therefore, this final verdict is not a resolution or an action to forget the past.

Whether discussed problems in the Western Balkans, there is more than membership in an international organization, the capture of the states, corruption, organized crimes, there is the need to restore relations and imply good neighborhood policy for a prosperous outcome. For all of this action to happen, it requires politicians, civilians, everyone that has an impact in constructing and maintain positive relations within the region. For years, international organizations are trying to reconstruct what was left behind, to one extent the European Values on sharing common democracy, collaboration, acceptance, and forgiveness. Nevertheless, it takes time to achieve and remove previous impunity done against innocent civilians.

A stall position towards reconciliation continues and touches ethnic division in the entire region. As long there are politicians and statements about denial of genocide, war crimes together with protection of war criminals exacerbate ethnic segregation and spread revisionist narratives in normal life. As long there are statements/actions glorying war crimes and criminals, a reconciliation will be delayed together with challenges in long term.

Overcoming past wounds requires political leaders to work together while addressing past issues and resolving them with a common perception of the future in the region. One final verdict taken in 2021, should serve as a catalysator to push forward the whole reconciliation process and transit justice to its required position. Nevertheless, whether there is dialogue, it is always a presence mentioning missing persons, war crimes, genocide, and archives. Until these statements are present, a genuine political resolution at the regional level will not be achieved. Therefore, the conflict between states in the region circles war crimes and accusations against each other.

A strong political will is needed, the strategy should be prudent. Settlement of disputes against neighbors must be prioritized because it is not enough only to ensure membership or benefits to be part of a regional organization, it enables effective regional cooperation and introduction of finally overcoming past wounds. In the end, to have a peaceful co-existence, justice should come faster and not three decades. Waiting to resolve all war crimes within a long period only halts the process of collaboration and restoring relations in general. Ergo, final verdicts are welcomed but not as much as states and politicians’ initiatives to cooperate.

Hajdinjak, Marko. (2004). The Root Cause of Instability in the Balkans: Ethnic Hatred or Trans-Border Crime?, International Centre for Minority Studies and Intercultural Relations (IMIR), accessed May 7, 2021, http://pdc.ceu.hu/archive/00003865/01/Root_Causes_of_Instability.pdf

Koster, Marjolein. (2020). The Netherlands Looks Again at its Controversial Role in Srebrenica, accessed May 10, 2021, https://balkaninsight.com/2020/07/10/the-netherlands-looks-again-at-its-controversial-role-in-srebrenica/

Ryngaert, Cedric. (2017). Peacekeepers Facilitating Human Rights Violations: The Liability of the Dutch State in the Mothers of Srebrenica Cases, accessed May 10, 2021, https://www.researchgate.net/publication/321759574_Peacekeepers_Facilitating_Human_Rights_Violations_The_Liability_of_the_Dut ch_State_in_the_Mothers_of_Srebrenica_Cases