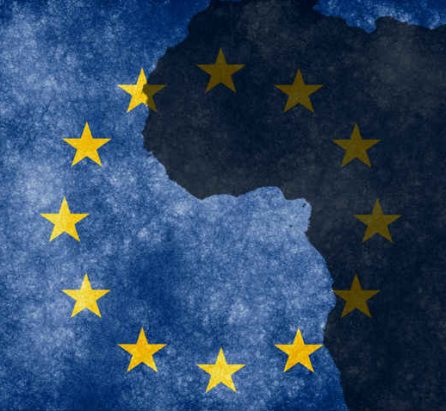 The European Union (EU) has been involved in the promotion of peace and security in Africa for at least the past decade. A new budget introduced by the EU in March 2021, aims to change the organization’s involvement on the African continent, and it shifts the approach to prevent conflict and ensure peace.

The EU interest in Africa has changed in recent years. Until 2017 the main focus of EU members, especially the southern states, was immigration, and its relations to security in Europe. After 2017, the focus of EU members has changed to focus on jihadist groups’ activity, and the increasing influence of China and Russia in different African regions. The EU priority regions for fighting jihadism and focus on conflict prevention are the Sahel, where for the past decade the number of rebel groups affiliated to either Al-Qaeda or ISIS have increased, and the Lake Chad basin where Boko Haram is still present; the Horn of Africa due to the presence of the jihadist group Al-Shabab; the military presence of China in Djibouti; the political instability in the Sudans; the delicate stability in the Central African Republic (CAR) and Russia’s military presence; and finally Mozambique where the rise of violence caused by the jihadist group in the Cabo Delgado region has caused hundreds of victims.

The EU first implemented a budget and program to support peace and security in Africa in 2004, when the Africa Peace Facility (APF) was created to provide financial support to the African Union (AU) in peace and conflict prevention missions on the continent. The AU had a budget of € 2.5 billion to be spent with other continental organizations. Included in the  € 2.5 billion were transport for troops, living expenses for soldiers, communication infrastructure, and necessary medical evacuation. The budget did not include salary for soldiers, weapons or ammunition, and equipment. Under the APF the AU carried out 16 missions, including the African Union Mission in Somalia (AMISOM), the longest and most expensive – € 1.94 billion spent from 2007 and 2019 – AU mission on the continent.

The new budget named the European Peace Facility (EPF), increased funding to € 5 billion for the 2021-2027 period, and has the broader goal of supporting all EU missions around the world, and not only in Africa. The EPF will start on 1st July 2021, and it will change rules for funding military operations, in fact with the new scheme, EU members can directly fund missions on the continent without having to fund the AU. They can also provide troops on the ground with weapons and ammunition, something that was not possible with the APF. If some states do not want to provide a specific type of support to a mission, they can opt out and not sponsor the parts of the mission they do not support. The EPF plans to fund the following missions in Africa: the Somali army to support AMISON; the G5 Sahel Joint Force; the African Union Military Observers Mission to the Central African Republic (MOUACA); and the European Union Training Missions (EUTM) in CAR, Mali, and Somalia.

The broader scope of the new EPF aims to position the EU in a more important role globally, in order to make it a stronger and more influential power. Officially, the EU members’ decision to provide weapons and ammunition to states’ military was taken to enable local armies to be properly equipped after their training. In the past the EU trained African militaries, but since the APF did not allow the supply of weapons, the troops were left trained, but with a lack of proper equipment to fulfill their missions.  Countries like Russia and the United Arabs Emirates (UAE) stepped in and provided them with weapons, opening the door to political influence. A concrete example is the situation in CAR, where after the EU and French troops trained the local army, Russia supplied them with weapons, and now has significant leverage on the military and the government in Bangui. It is clear that the decision of the EU to supply weapons to African armies is not only due to the lack of adequate equipment, but it is also a strategy to counteract Russia’s influence.

Many have expressed their concern on the decision of supplying weapons, ammunition, and equipment to local armies. This decision has the possibility of creating a high risk of mismanagement and an escalation of violence and conflicts, defeating the purpose of the missions. If the EU trains soldiers and provides them with arms, the risk of coup d’etats and other illegitimate acts of force become very high. A clear example of this is the military coup in Mali in August of 2020, and the second coup in May 2021. The Malian military was trained by the EU mission in the Sahel for years in order to gain skills to fight Al Qaeda in the Islamic Maghreb (AQIM). Similar use of force or worse could occur in undemocratic African states, especially if the army is well armed. The EU efforts of training local troops is also related to the fact that European states, like France for example, are no longer willing to send a high number of their own soldiers on the battlefield. By training local soldiers European troops will not be in the direct line of fire, and the number of EU members’ casualties will decrease.

The EPF will also significantly affect the AU. With the previous APF scheme, all EU funds to operations in Africa had to go through the AU, making the EU one of the main donors of the AU peacekeeping missions across the continent, as we have previously seen with ANISOM. With the EPF, the AU will not be the main recipient of EU funds, and this will greatly affect its budget. Without the EU, the AU will need to find new ways to receive funds in order to continue its peacekeeping mission across Africa, because it will have a new competitor, and its role as main Africa-led peacekeeper risks being compromised. An example is the decision of the EU to start training soldiers in Mozambique to counteract the jihadists presence in the Cabo Ligado region. Both the AU and the Southern African Development Community (SADC) have had difficulties tackling the insurgency, and with no funds from the EU, the AU will be even less involved in the mission in Mozambique. The AU will also lose the role of advisor to the EU on risk assessment and regional knowledge on the continent’s conflicts. This is probably something that will affect the EU more, since it needs regional knowledge in order to carry out successful operations.

The EU’s new strategy was also introduced to have more freedom to pursue self interests on the continent, which was not really possible by having to go through the AU in order to be involved in a mission on the ground. As mentioned before, the EU interests in Africa have changed in the last few years, and they are now more than before connected to managing conflict and violence in loco in order to preserve security in Europe. This shows how the EPF, and previously the APF, focus too much efforts on conflict management through military action, rather than conflict prevention through alternative ways. In the long run, this will probably negatively affect local politics and will allow conflicts to linger. It is clear that the EU is only concerned about its own security and not the security of Africans; as long as the conflict is away from Europe, it is fine.

Overall, the EPF is bound to shake things up in Africa. It will give the EU more freedom to fund missions that strictly align with its interests on the continent, but it will highly affect the AU budget and influence in peacekeeping. We will have to wait and see if the EPF is a step forward for African peace and security, or if the EU interests will have negative repercussions on African stability.

How to Spend It: New EU Funding for African Peace and Security. (2021, March 22). Retrieved from https://www.crisisgroup.org/africa/african-union-regional-bodies/297-how-spend-it-new-eu-funding-african-peace-and-security

Vines, A. (2020, December 3). The Need for EU-Russia Dialogue on Africa. Retrieved from https://www.chathamhouse.org/2020/12/need-eu-russia-dialogue-africa