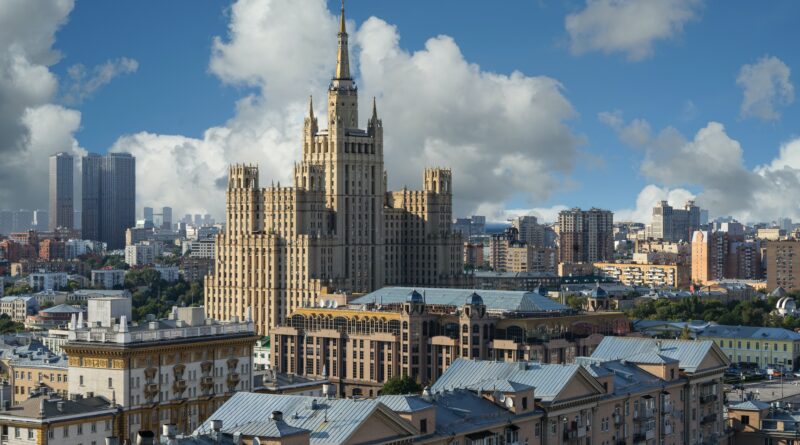 2021 has witnessed a relevant evolution of the diplomatic relations between the Russian Federation and the West. While the Euro-American strategic community was suspect of a constant amassment of Russian troops along Ukraine’s eastern borders, about 100.000 units have been currently deployed (Reuters 2021). Nevertheless, Moscow’s political-military establishment began a diplomatic campaign aimed at finding a ‘compromise’ with the North Atlantic Treaty Organization.

Such a campaign has been carried out along two parallel paths. The first relies on the figure of the Russian President, Vladimir Putin, while the second one is posited in the hands of the Russian Foreign Ministry. Even if separately conducted, the two strands of this strategic path are deeply interlinked.

Putin’s arrival to power at the dawn of the new millennium was characterized by a unique style of government for the Russian Federation due to a strong degree of personalization. Likewise, what happened between December 2021 and the first days of January 2022 has not been an exception: the former KGB agent has continued to play a prominent role in the current confrontation with the West, looking at both either as a hawk or simulating the fly of a dove.

The two summits with his American counterpart may be collocated within the latter ‘dove’ approach. During both meetings, dominated by the theme of the military build-up along the borders with the Ukrainian territory, the Russian President has constantly reassured the American president about the purely defensive scope of the maneuvers along the Russian side of the Ukrainian border. Relatedly, he has insisted on pursuing a system of security guarantees within the European theatre (Renshaw, Soldatkin 2021; Holland, Osborn, Shalal 2021).

In retrospect, the same contents of the talks between Putin and Biden may be slavishly found in the habitual end-of-the-year speech given by the Russian President on December 23rd. With no substance changed whatsoever, Putin’s ‘dove’ simulation has turned out to appear the attack of a ‘hawk’. During the speech, in fact, Vladimir Putin has lashed out at the West for its threatening the Russian Federation through its military and diplomatic support toward Kyiv. At the same time, he has addressed NATO along a series of important demands aimed at easing the tension along the borders between Russia and Ukraine (Euronews 2021).

Normally, such kind of acting would have been disdained by the West, but this time the situation has been quite different. A few days before the speech, the Russian Ministry of Foreign Affairs has made public the drafts of two different agreements concerning the maintenance of security in the European theatre. The articles of these agreements outlined exactly the same requests, readily defined as unacceptable by the Western counterpart.

Hence, Putin would have repeated them in less than a week in his speech, including a stop of the Atlantic Alliance enlargement eastward. In addition, an immediate block of any foreign military activity in the countries bordering the Russian Federation that joined the Atlantic Alliance after 1997 (formula aimed at indicating all the countries that had been party to the Warsaw Pact) was brought on the table. Yet another demand – namely, the interruption of the supply of military equipment to the Ukrainian central government (Mackinnon 2022), was also raised.

It is very difficult to think that proposals of this magnitude could be seriously considered by Western governments, just as it is to suppose that personalities of the caliber of Lavrov or Vladimir Putin himself may have truly believed in the feasibility of such requests. On the one hand, this move may be interpreted as a single action within a broader negotiation process that Moscow intends to undertake with the West. Approaching the diplomatic confrontation from such a high starting point gives to Putin and his diplomatic corps both a higher margin for lowballing during the talks and a stronger bargaining power; such advantage becomes even stronger, considering the fragile situation currently in fieri within the Ukrainian theatre. The numerous diplomatic appointments, both bilateral and multilateral, scheduled for the first half of January seem to suggest that this may be the perspective with which the Russian Federation approaches the issue.

However, the same care with which Moscow has decided to organize all these diplomatic tables may also have an exactly opposed significance. Years of heavy economic and political confrontation with the hegemonic West may have finally convinced the Russian leadership, which is the only one to have a true and complete picture of the situation in which the Russian Federation finds itself, to close such confrontation with the NATO countries, thus freeing up precious resources which would be re-destinated to dealing with internal problems within Russia itself. The strong square demonstrations that are taking place during these days in Kazakhstan represent a strong alarm signal for the growing instability of the entire system of influence in Moscow, a system which is definitely broader than how is usually depicted in the Western vision(s).

A final possible lens of interpretation of Putin’s and Lavrov’s behavior is that of deception – also well-known as maskirovka. One of the leitmotifs of the current Russian President in the conduct of his foreign policy is the intention to purposely muddle the waters. With the scope of giving to competitors a less clear view of Moscow’s actual intentions, Moscow would more likely maintain a greater room for maneuver rather than clearly signaling its strong intention. To reach an agreement, however, the Kremlin may be aiming to reduce Western interest in an expensive military engagement in the border regions, thereby making any possible coup by the Russian armed forces against Kiev de facto more feasible.

The above are some possible reasons that explain the renewed (and perhaps apparent) Russian interest in cooperating with the West. However, it should be pointed out that they are not absolutely disconnected from each other, but it is very likely coexistence of them within Moscow’s foreign approach in its entirety. Under such unstable circumstances, one cannot overlook that the evolution of the context may lead to the achievement of a different result from that initially desired by the Kremlin.