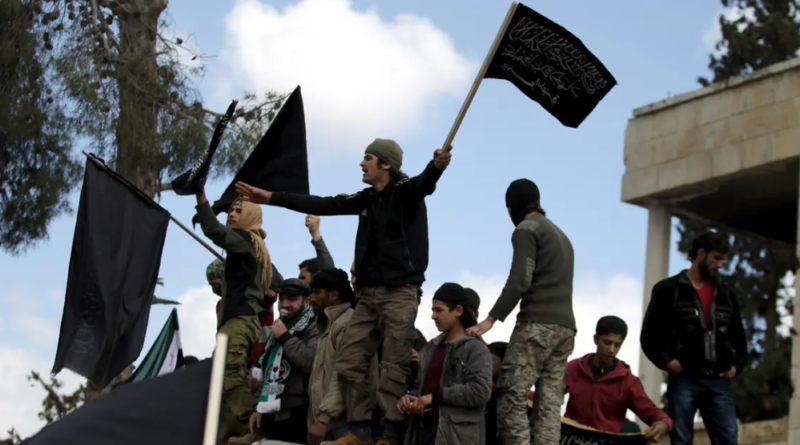 In the current 21st-century Islamic jihadist groups represent an integral part of the international system and order in a wide array of policy areas such as security, human rights, diplomacy, energy, climate, economic development, religion, etc. Such a phenomenon started after the terrorist attacks on 9/11/01, which clearly changed the discourse of many academic fields and state policies. At the same time, al-Qaeda has become the most condemned actor in the context of Islamic jihadist groups and only the so-called Islamic State challenged its position. Nevertheless, al-Qaeda was able to survive both the fall of Osama bin Laden and the mentioned success of the Islamic State; and still represents one of the most threatening non-state armed groups, concretely jihadist Sunni pan-Islamic group. How al-Qaeda was able to manage such survive? And how al-Qaeda compared to ISIS has succeeded?

As was already mentioned, both organizations represent ones of the deadliest groups in the field of non-state armed actors from a policy perspective as well as from the academy. Al-Qaeda is mostly defined as a jihadist Sunni pan-Islamic group, which operates since the 1980s and carried out the terrorist attacks from 9/11/01. It led to a new war called the “War on terror” and the phenomenon of counter-terrorism, started by the U.S. Many counter-actions by states were successful – for example the killing of the notoriously famous al-Qaeda leader Osama bin Laden. Despite his death groups survived and continued in their operations. Today, we can describe al-Qaeda as a decentralized unit with the central organization in Afghanistan/Pakistan and other (mainly) five regional affiliates in Arabian Peninsula, Islamic Maghreb, East Africa, the Indian subcontinent, and the Middle East [1].

On the other hand, the so-called Islamic State in Iraq and Syria (ISIS) represented a kind of continuous organization to the previous al-Qaeda in Iraq and the Islamic State in Iraq, which is mostly defined as a Salafist Sunni jihadist group. After its origin, the organization’s priority was to undermine regimes, especially in the Middle East, and take control over the territory in a seek to create its own caliphate. By doing so, the group’s territorial expanse consisted of around 33% of Syrian and 40% of Iraqi territory, totalling, at one time, more than 60,000 square miles with more than 11 million people lived under its control until its territorial defeat in 2019 [2]. However, during these days the group still holds some territories in Syria and thanks to its franchise model, ISIS still has affiliates in an array of locations such as Afghanistan, Indonesia, Pakistan, the Philippines or for example Tunisia.

Both introduced groups in the Islamic world represent a crucial phenomenon in the context of jihadist radical ideology and the “holy war” against the West. While no one doubt, that al-Qaeda played a prim in this field after the attacks on 9/11/01, such a situation was discussable after the death of Osama bin Laden and the rise of the second organization – the Islamic State. During the peak of the Islamic State in the Middle East al-Qaeda slowly started to be in its shadow, when radical jihadist movements worldwide cast their eyes on ISIS and many of them switched their alliances. ISIS replaced al-Qaeda as the leader of the jihadist world until its main defeat and territorial loss in 2019. However, al-Qaeda did not disappear. The following text will reveal where and how the group survived and why it is still a bigger security threat than ISIS.

Global strategies as the “same old story”: where to find differences?

It is well-known and common knowledge, that both organizations have a similar goal in their global strategy, which is to spread the jihad ideology and inspire other franchise groups, allies, and actors to fight against current regimes and the greatest enemy, who’s the West with the U.S. in the frontline. The final resolution of this strategy is to establish a global caliphate with a strict rule of sharia.

In the international system, both organizations are successfully present already in long-term periods. Their political fight is funded by many legal and illegal economic activities which groups are able to do worldwide as well. Their revisionist goal (to change the system within their religion) is amplified both by (1) systematized violence at all levels (local, state, system) and (2) by systematic propaganda via media:

(1) Both groups have long carried out violent armed attacks on the international stage. In the context of al-Qaeda, there is no need to highlight its terrorist events from 9/11/01 and others. In the case of the ISIS, it is important to note that the group also showed its foreign capacity in early 2016, when its fighters shot down a Russian plane over the Sinai Peninsula, detonated bombs in Paris in a series of coordinated attacks, and carried out bombings at a Belgian airport and metro station, etc. [3].

(2) Social media have become a modern weapon for such groups. Both organizations use internet social networks to promote their ideology, recruit new members, raise funds, trade weapons, reach out to other groups, etc. At the same time, they serve to coordinate attacks. For example, ISIS, through its media, has actively called for attacks by individuals, providing them with detailed instructions on how to make a bomb at home and how to mortally wound someone with a stabbing object. Last but not least, these media serve groups to spread fear (see recordings of executions, etc.) [4].

Undoubtedly and after all, briefly mentioned above, al-Qaeda and the ISIS represent strong destabilizing factors and uncertainty across different regions. However, the international arena just represents the top of the mountain. So, if we would like to understand why and how al-Qaeda survived such events mentioned above, we have to step down from the mountain to its roots, where it all begins – local communities.

Based on empirical evidence, it is true, that ISIS on its held territory established its own justice courts, social services (water, electricity, healthcare, education), local authorities, etc, but such a move was following strict rules with an extreme interpretation of the Islamic faith for civilians, which meant considerable regulation of previous rights. For example, the group prevented most women from taking a job or men from shaving and regulated the length and material of women’s clothing as well. At the same time, high taxes were first imposed on the non-Sunni population (Christians, Shiites) under threat of torture, followed by the forcible confiscation of the property of these communities. After all, ISIS fought hard against anyone who did not join him. Strategies of coercion and violence prevailed in ISIS propaganda, such the mass killings, executions, and postings of videos and photographs of bodies on social networks. ISIS brutally committed Yazidis, Shiites, and other minorities, and in the end, his Sunni community was often no exception [5]. Such intense religious rules, physical and psychological violence, the exploitation of women as sex slaves, or the use of child soldiers led to a massive departure of the population from IS-controlled territories. For example, ISIS has displaced more than 3.3 million people in Iraq and contributed to the growing refugee crisis in Syria [6].

Al-Qaeda on the other side stands as a different storyteller. Due to analytics al-Qaeda stepped down to a pragmatic strategy with a long-term goal with local communities. Such a move started already during its fight against the USSR in Afghanistan when the group did social services to locals [7] and it’s applicating to the current days. The main goal of al-Qaeda is to build up a strong supportive community in different countries worldwide and represent itself as an actor with higher moral values. Group on this path seeks to set up alliances with both local communities and local militant groups [8]. Such steps are amplified with marriages between al-Qaeda militants and members of local tribes and clans, providing access to water or electricity, goods, and social services and public goods, or own courts. Good examples of such behaviour are represented with Pashtun clans in Afghanistan and Pakistan, and also by franchise al-Qaeda affiliates with Dardic clans in Somalia, Tuaregs in the Sahel, or local tribes in Yemen [9].

As it is evident, both organizations use different jihadist models and strategies on a local level, which also differently affects their ability to act in the international arena. Al-Qaeda is building something to call a bottom-up model of network organization, inspired by a Maoist strategy. It means, that al-Qaeda firstly seeks to create allies and cells with local communities around the world, and only then moves to its work. In contrast, ISIS chooses an up-bottom model, i.e., the rapid territorial expansion and the creation of a strong base, and only then building alliances.

Conclusion: al-Qaeda´s operation “hearts and minds” as a key to success?

While from the long-term perspective the ISIS has chosen and chooses a strategy of fear in the meaning of „who is not with us is against us„, al-Qaeda consistently uses the method called „to win hearts and minds„. With such a strategy, al-Qaeda tries to prevent potential foci of confrontation. Such a pragmatic move allows al-Qaeda to operate openly on the local level as well as worldwide more smoothly and focus on its long-term goal of reforming society and governing under a strict interpretation of Sharia law, etc. It prevented its leaders as well as militants, and the group is able to operate smoothly without unexpected aggression “from behind”.

Such reality means a more difficult position for proper counter-politics. While territorialized threat in the context of ISIS was much easier for joint-task force military operations and so-called counter-policy, al-Qaeda´s unique decentralized model showed up once again as the true threat of “unknown” and “unterritorialized”. Security forces as the military still need to work via special counter-methods such as social-network analysis and using extra technologies to fight the group. Also, this analogy of al-Qaeda shows up, that the organization is still benefiting from the presence of weak states, respectively from unsecured lands with weak local authorities, and social and/or religious contradictions, which seek to substitute or weaken with cooperation with locals. Next to the decline of statehood, such groups benefit from regional divisions, the profiling of powers, and sectarianism all over the world. These mentioned factors only further legitimize the jihadist worldview and their tendency to revisionism. If these factors persist, jihadist groups such as al-Qaeda will continue to be active on a local level with communities and will be able to act in the system and represent threats.

Miroslav Plundrich is currently a Ph.D. candidate in International Relations with a focus on conflict management, at the Department of Politics and International Relations of West Bohemian University in Pilsen. Within his research scope, he focuses on negative non-state actors worldwide with a special aim on terrorist groups, radical jihadist movements, and hacker groups from a security perspective. He is also interested in U.S. foreign policy and the American role in world affairs. He has studied at the university in Valdosta (the U.S.), where he established a successful partnership between institutions (ZČU – VSU) and where he is involved in several research projects, same as at his home institution.