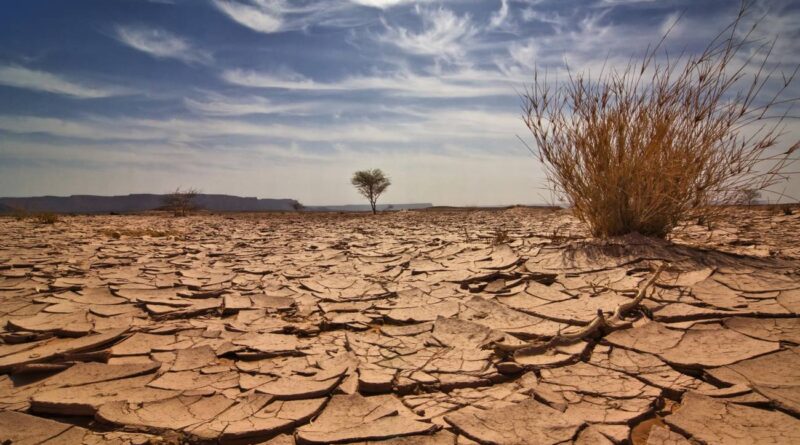 The Sahel is a region in Africa that spans from Mauritania and the coasts of the Atlantic Ocean, all the way to the coasts of Sudan and Eritrea on the Red Sea. This region, particularly the sub-region in West Africa, has often been in the news for the past decade. Initially, it was due to the rise in political instability and violence caused by extremist groups, but more recently, as the world is coming to terms with climate changes, the region has been affected by severe food insecurity.

With the rise in climate changes and an increase in violence in Burkina Faso, Mali, Niger, and Nigeria, scholars and analysts have noticed a correlation between the two trends. But does climate change actually affect security? And if so, how?

It is important to highlight the political and security situation in the region first. Security challenges started in Mali in 2012, when armed groups based in the north of the country carried out attacks on the Malian government. Through the years, more and more people joined their ranks, driven mainly by unemployment and grievances against the government’s lack of interest in implementing useful policies. In the past decade, violence expanded across the border to Burkina Faso, Niger, and Nigeria, where Islamist Al-Qaeda affiliated group Jama’at Nursrat al-Islam wal-Muslimin (JNIM), the Islamic State West Africa Province (ISWAP), and Boko Haram have killed hundreds of people, and displaced thousands. Since 2020, governments across the Sahel have also experienced a rise in military coup d’états, in the case of Mali and Burkina Faso, one of the reasons was the military frustration in understaffing and continuous losses of soldiers while fighting armed groups.

Analysts identify multiple reasons for the current situation in Western Sahel, all connected creating a domino effect. These include climate change, internal conflicts between nomadic and sedentary communities over land and other resources, lack of representation in government and disenfranchisement of pastoral communities, unemployment, armed groups recruitment, government incompetence in mitigating climate challenges, and political instability.

In the 1970s and 1980s, the Sahel experienced a devastating drought which was poorly handled by some governments in the region. In Burkina Faso, herder communities were severely affected by the droughts, and they were left out of the government’s recovery plan, which focused on alleviating the consequences of the drought for vegetable and grain farmers, and not for nomadic communities. This prolonged drought kick started desertification of land used for agriculture and grazing.

According to the United Nations High Commissioner for Refugees (UNHCR), temperatures are expected to rise between 2.0 C and 4.3 C by 2080. Due to these changes, crop production is expected to decrease, especially for maize and millet – essential for local communities since 60% of the population works in agriculture – and access to water will likely decline due to a growth in population. According to the African Center for Strategic Studies, eight out of 10 countries most at risk of climate changes are in Africa, and six out of the eight countries are experiencing armed conflicts.

According to the World Economic Forum, 80% of land in the Sahel cannot be used for agriculture, and this causes a lack of access to arable land, and in recent years there has been an increase in dust storms, droughts, heat waves, and irregular rain. In Burkina Faso the rain season used to start in May, but now starts between June and July, altering planting and harvesting. Sedentary pastoralist communities traditionally cultivate land in the rainy season and graze animals during the dry season, sharing land with other groups. However, recent droughts have disrupted their farming and people have been forced to migrate too early, creating tensions with other communities.

Violence in the region is not only caused by the presence of armed groups, but also by the escalation of tensions between pastoralist and sedentary communities like the case in Burkina Faso mentioned above.

Because of new climate trends, pastoral and farming communities find themselves competing to access resources, causing tensions and in some cases sparking violence. The precarious political situation in countries like Mali and Burkina Faso only makes things worse for the civilian population, putting them at continuous risk of violent attacks from militia and armed groups, displacing thousands of people. Climate change has affected the Lake Chad basin as well. The lake size is shrinking and people are struggling, and Boko Haram uses grievances caused by climate change and ethnic tensions to its advantage in order to recruit men into its ranks.

The growth in population in the region and the exacerbation of climate change provides more opportunities for communities to fight over land and other resources. Due to food insecurity and the decreasing of free land to feed their herds, some men in pastoral communities join armed groups, create their own militias to carry out raids on other communities to steal cattle, or traffic drugs and weapons. In Burkina Faso, kidnappings are increasing during the rainy season because people tend to travel more to cultivate crops. The Burkinabe government, in an attempt to deter attacks from armed groups on civilians, has provided weapons to volunteers so that they can support the state armed forces, but so far this has not been proven a successful strategy.

Regional governments are struggling to address security issues and food scarcity, mainly due to their money grabbing activities. State actors often do not prioritize sustainable and long-term solutions to climate change adaptation. Nomadic and semi nomadic communities are more vulnerable due to marginalization, lack of government representation, and little interest from politicians to implementing policies that can mitigate issues that affect these communities, such as internal displacement, youth unemployment, and recruitment into armed groups.

A peaceful coexistence between the pastoral and farming population is essential for the economy and the sustenance of these communities, because of the production of milk, leather, meat, and other products that pastoral communities can sell in town markets, contributing to the local economy.

As we have seen, there is a connection between climate change and security. Because of scarcity of natural resources sedentary and nomadic communities find themselves scrambling for useable land, and even if they manage to have some land, weather patterns are irregular and unreliable. Many are left with no food nor income, leaving mostly young men unemployed. Their frustration is exploited by armed groups, or they end up doing illegal and dangerous work in order to earn money. These activities cause insecurity and leave the civilian population vulnerable. Political instability increases, also because of military grievances towards politicians, and leaves governments exposed to coups.

Climate change has become part of some regional organizations like the UN Regional Office for Central Africa (UNOCA) and the UN Office for West Africa and the Sahel (UNOWAS)’s agenda. These organizations are trying to create policies and connect with governments to encourage mitigation of insecurities faced by pastoral communities in the region and focus on peacebuilding and conflict prevention to end violence against civilians. However, there is an urgent need for other institutions to do the same. UN peacekeeping and peacebuilding missions are increasingly including mitigation and adaptation measures to climate related security problems not only in the Western Sahel, but also in the Lake Chad basin and Somalia, but this commitment should come from local government as well.

One government that is slowly incorporating climate change adaptation policies in its agenda, is the government of Burkina Faso. As mentioned above the country is one of the most hit by climate change and security issues. The Burkinabe Ministry of Environment is supporting people working in industries affected by climate change to adapt to drought by planting trees that are more resilient to the new climate and can live with less water, but can still provide food for the population. The ministry is also promoting solar pumps and other renewable energies and has plans to address pollution. Of course, these are small steps, and we have yet to see if these investments will actually benefit people, however it is a good first attempt at trying to adapt to change.

As much as initiatives like the one just mentioned are a great start, there needs to be a wider shift in focus from problems caused by climate change to solutions on how they can be resolved, not only at the local level but also at the international level. International organizations and rich countries need to support local governments to implement short-term and long-term policies aimed at adapting to climate change through financial investment and diplomacy.

Source of the picture: https://www.rsi.ch/rete-due/programmi/cultura/plusvalore/Il-Sahel-africano-e-le-migrazioni-11398653.html