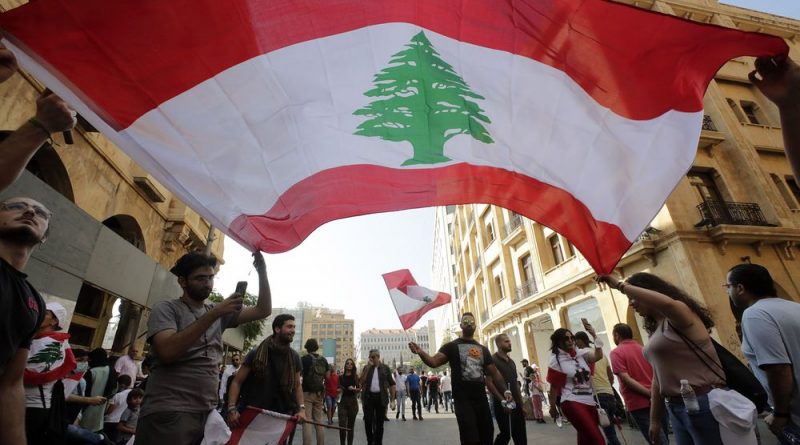 Lebanon is a country that has been caught in a downward spiral for so many years, with political unrest stirred by an ever-growing economic crisis, the October revolution and most recently the coronavirus pandemic.

Triggered by the government’s decision to impose new taxes on WhatsApp calls, Lebanese youth, women and old people took to the streets on October 17th 2019, not only to demand the decision to be overturned, but also to call for the recognition of their rights. This has not been considered as a mere anti-government protest against certain measures, but rather as a chance and a sincere call to overthrow the sectarian system. The sit-ins were regarded as Lebanon’s first leaderless protests. The various demands voiced by protesters all seem to stem from the same desire; to break free from the control of political powers.

The demonstrations have had a devastating impact on the seemingly never-ending economic crisis, with living costs soaring and prices rising due to the scarcity of dollars. One cannot overlook the political system’s impact on Lebanon’s economy, as politicians have long been accused of exploiting resources for their own benefit. The protesters put the blame on the political elite and not only called for removing all politicians but also for the return of the stolen money. Lebanese politicians have long failed to act and allowed Lebanon to fall into the grip of the intervention of foreign countries. As Mohanad Hage Ali, from the Carnegie Middle East Center, put it, “there’s a self-centred political elite that still hasn’t acknowledged the changing realities or how difficult the situation is”. Despite the fact that a new government has been formed following the protests, Lebanese are still not satisfied and believe that the new government will also fail to act. Their suspicions have somehow proved true with the spread of coronavirus, as many of those who can’t afford to stay home felt neglected. Among those are taxi drivers who can’t bring food for their children if they don’t work on a daily basis. The most heart-wrenching example was lately seen when a taxi driver set his car on fire after being fined by police for not complying with the measures set by the Health Ministry.

According to International Crisis Group analyst Heiko Wimmen, “if this mood prevails and protests continue at the current pace and scale, the country may be in for a prolonged period of unrest”, (Wimmen, 2019). It is true the country has witnessed a period of unrest but this time due to other protests that erupted because of the government’s lack of compensation for businesses that have been closed as part of the measures taken to combat the coronavirus pandemic. It seems that Lebanon is destined to keep falling into one scourge after another. This time it was not a man-made scourge, but a nature-made one fuelled by the political elite’s disregard to the needs of the most vulnerable people.

Lebanon has long been drowned in a vicious circle of social instability and political unrest, mostly fuelled by disputes between different political parties. The country has been divided between two camps: The US and Saudi-backed March 14 camp and the pro-Syrian March 8 camp. Holding different views on how Lebanon should be ruled, the two camps led the government to collapse, creating a political void that lasted much more than Lebanese could bear. The unrest in the small Mediterranean country has also been hit by the Syrian refugee crisis, with nearly 1.5 million Syrian refugees in Lebanon today, according to the UN High Commissioner for Refugees (UNHCR). Today, all eyes are on the refugee camps, where fears of a coronavirus infection are coupled with bad living conditions. The government is so far well managing the spread of coronavirus, but will it be able to hold a firm grip if the virus spreads to the camps?

Lebanon has been grappling with an uncertain political and security situation for decades. From the Lebanese civil war (1975-1990), the 2006 Lebanon war, the series of bombings and assassinations, the waste crisis, the economic regression to the corrupt political elite, no positive signs appear on the horizon.

Amid the security and economic challenges hitting Lebanon, questions remain:

. Will Lebanese be able to build a new foundation for their country?

. Will Lebanon’s people regain confidence in the government and overcome the post-corona virus challenges?

Unless the new government acts differently than the previous ones, Lebanon will remain a place of uncertainties and more crises.

About the Author: Amal has two BA degrees, one in Translation and one in English Literature. She will soon be pursuing her MA in Humanitarian Action. She speaks Arabic, English, French and Turkish. Moreover, she pursued a human rights internship to broaden her knowledge in human rights issues, humanitarian action and Middle Eastern politics.