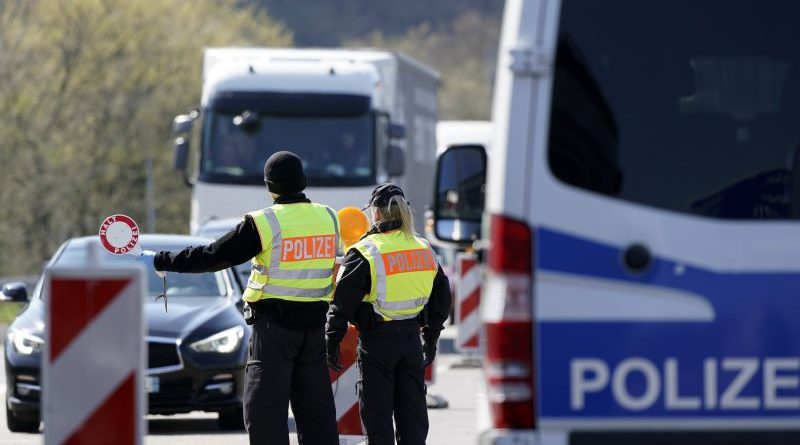 To stop (or minimize) spreading of the new COVID-19 virus, many countries have decided to re-introduce or strict border controls, so they can contain sick in or outside of the country and concentrate on their healing. These procedures are legally based on the so-called Siracusa Principles on the Limitation and Derogation Provisions in the International Covenant on Civil and Political Rights (as a part of the UN), which is a non-binding document, according to which governments may put into quarantine individuals and restrict freedom of movement in order to prevent the spread of infectious diseases and if the public health is in danger, and if accepted restrictions are in abeyance with the UN Charter and Universal Declaration of Human Rights (American Association for the International Commission of Jurists 1985).

The biggest impact of closing borders will definitely be seen in member countries of the EU because they are used to free movement of individuals and goods among countries, and their economic interdependence is essential for each national economy. Therefore, this analysis will focus especially on the EU countries. Since the beginning of March 2020, we could see re-implementing of border controls and controls on the airports in several EU countries, and even partial or complete closure of borders for foreigners (as of the 16th March there have been 9 EU countries with complete closure of borders) (Rettman 2020). An exception was Italy, which has been in a complete lockdown, because it is considered as a European epicentre of Coronavirus. Together with shutting down most of its non-essential sectors of economics (especially the third sector), this decision will be very disruptive for national economics. If companies will not get sufficient financial aid from governments (or EU), it may lead to stopping production, lack of different goods and services, and massive firing of the employees, followed by riots, protests and unrests in countries, which possibly can result in instability and distrust of the government, and in a worse scenario to clashes between protesters and the police forces. This may cause distrust of the foreign investors, and they may withdraw from the country, or decide not to invest in it after the crisis.

Another security impact is related to border controls. Temporary cancellation of the Schengen area might actually bring better internal security conditions. With border controls re-implemented, there is a higher chance to uncover any possible international smuggling- human, arms, drugs or goods. Besides isolating people with positive COVID-19 test, border patrols may be able to stop, or to disrupt international crime networks or single criminal or terrorist act. For Europe, the biggest issue is illicit trade of small arms and larger weapons, smuggled mostly by organized group networks through the Western Balkans region (Arsovska 2014). Although all EU countries are cooperating in the fight against illicit arms trafficking, the Schengen is brought possibilities for criminal networks to traffic illegally inside the EU. That´s why it might be very difficult to re-open borders as it was before. If countries will feel, that not any similar community can help them, they will probably not want to be a part of it again, unless the EU shows itself as an effective institution, which can provide help in all common sectors, including security even if the internal borders are closed. That´s where we come to another point- is multilateralism in danger? As several European countries banned exporting medical equipment to their neighbours, there are raising voices if there even is any European solidarity, and what is the EU for (Birnbaum 2020), especially when Russia and China are sending help to affected countries. But this is not just a European problem. The US President Donald Trump announced halting all funds to WHO, as according to his administration, the organization failed in its basic duty. The USA is the largest funder of the WHO (BBC 2020). Moreover, it is not just multilateralism, but also democracy, which is in danger. We can see it for example in Hungary, where, due to a new law, the Prime Minister Viktor Orbán can rule by decree for an indefinite amount of time without the agreement of the parliament (Serhan 2020). De facto, Orbán got all power into his hands, and no one can criticize him. The Prime Minister has already accepted several laws, which should shut his critics (or independent media), but this time Hungary has definitely got close to becoming a fully authoritarian country. The question is, if the EU can do something to stop it. Another problem for democracy might be the digital surveillance of people, who have to be in quarantine after they returned from abroad, or were in contact with people infected with COVID-19, or had symptoms of being infected by this virus.

It is very difficult to say now, how all these threats will change the political map of the world or distribution of power. But, it is important to say, that it is not a good idea do cut funds to one of the most important international organization, which helps millions of people around the world annually, especially in the Third World countries. We are all humans and we all do mistakes. That´s why we should stand together during this crisis and not let powerful men to destroy what we were building for decades, and what is considered as the best political and social organization (democracy), which is defending all our freedoms and rights.

American Association for the International Commission of Jurists (1985). Siracusa Principles on the Limitation and Derogation Provisions in the International Covenant on Civil and Political Rights (https://www.icj.org/wp-content/uploads/1984/07/Siracusa-principles-ICCPR-legal-submission-1985-eng.pdf, 17.4.2020).