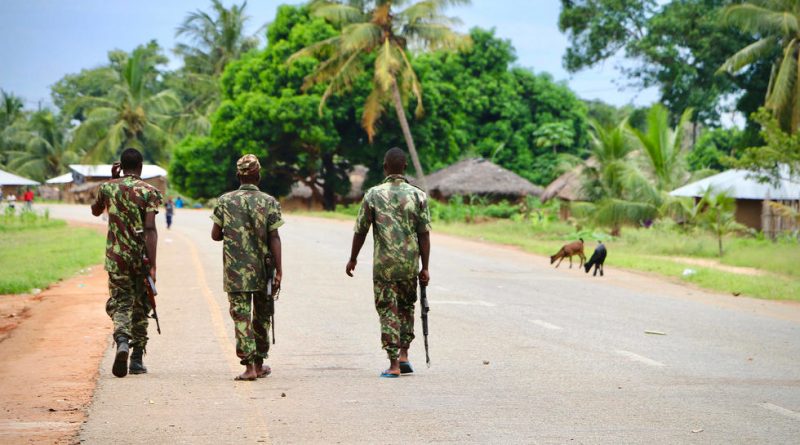 The complexities characterizing the Mozambican war against terrorism make analysts conclude that this is a new insurgent focus in Africa whilst others take it simply as a rebellion by impoverished, dejected and poor people in the country.

The mainstream media believes that the terrorist organisation in Northern Mozambique, Ansar al-Sunna is part of the bigger ISIS network that has extended its influence into Southern Africa through Mozambique. They believe that it was formed from the splinter group of the supporters of the slain Muslim Sheik Aboud Rogo, a well-known supporter of Al Shabaab and jihadist from Kenya. The terrorist organisation has killed a lot of people and gained a fairground in the Cabo Delgado Province of Mozambique. They have recently captured a strategic port town of Mocimboa da Praia on 12 August 2020 and they have killed or displaced more than a thousand people according to the Voice of America. A closer look at the emergence of al-Sunna reveals more of local favourable conditions in the form of local grievances than the outright outside radicalisation of the youths. The ISIS terrorists simply highjacked an already boiling situation and in the focus to identify the causes of this war, people must take note of these two sides.

The high levels of poverty in Mozambique and the northern provinces of Cabo Delgado and Nampula to be specific could have been the fuel to this new insurgency in this Southern Africa nation. Placing aside the government narrative, the conflict is as a result of government resentment and a feeling of marginalization amid plenty of natural resources. This leaves us with the question of whether African conflicts are simply a ‘resource curse’ or caused by external players who just want to destabilise the continent for their benefit.

The terror organisations like ISIS and Al-Qaeda have been from the beginning, capitalising by appending themselves to these new insurgent groups to trick their opponents/governments into believing that they are expanding and gaining ground all over the world. One thing is true about the emergence of these new terror groups and that is, they spring from local people with local grievances that are either ignored by the government or being slowly solved.

To avoid ‘platonifying’ the causes of the conflict in Mozambique by attaching it sorely to foreign terrorist groups, we should take a look at these local grievances of the Northern provinces like Nampula and Cabo Delgado. The Mozambican government and its backers are either ignoring the internal causes of the conflict or are simply victims of the opaqueness of history as Nassim Nicholas Taleb calls it. Taleb says, “History is opaque. You see what comes out, not the script that produces the events, the generator of history.” According to him, the generator of historical events is different from the events themselves. North Mozambique is rich in natural resources like natural gas but stalled economic development. Inequality, unemployment, growing levels of poverty and increased corruption has provided a fertile ground for the emergence of this insurgency in Mozambique.

This coupled with the discontentment over the corruption scandals of US$2 billion involving former president Armando Guebuza’s son, Ndambi Guebuza could have been one of the contributory factors to this insurgency. There have been many reported cases of corruption involving multinational companies and the government of Mozambique. Some of these shoddy deals have happened to companies operating or intending to operate in the Cabo Delgado province. There has been forced resettlement of people who were moved to pave way for gas companies and these projects destroyed people’s livelihoods. Just like Boko Haram in Nigeria, Al-Sunna insurgency has got local dynamics that enabled its emergence and continued existence The external undesirable terroristic elements have now highjacked the insurgency to their advantage.

It is imperative for whoever wants to join in this war to take note of these dynamics. The responsible Regional Economic Community, SADC is still yet to decide on what to do with the conflict before it erupts to a veld fire. The calls for foreign intervention have been growing very loud with others even suggesting the use of African based private military contractors (PMCs) who are familiar with everything about Mozambique.

It is an irrefutable reality that Mozambique is now a new insurgence focal point in Africa. Capitalising on Mozambique’s weaknesses, the insurgents have gained more ground and will continue to do so if nothing is done to stop them. This will affect Zimbabwe, Tanzania, South Africa and the Southern African Development Community (SADC). This is a new front they have just opened and they are looking forward to punching more holes to global security.

About the Author:
Richard Mudyazvivi is a young development practitioner from Zimbabwe with a passion to see a peaceful Africa that is in a positive development trajectory. He believes in the role of peace and security in development. His experience in this field at the African Union, well-vetted familiarity with Africa and how the governments work helps a lot when writing opinions or articles in this field. Apart from peace and development, Richard is an advocate for the provision of up to date statistics for decision making by governments in Africa. He is enthusiastic about the quick, accurate and timely collection of data for development in Africa.