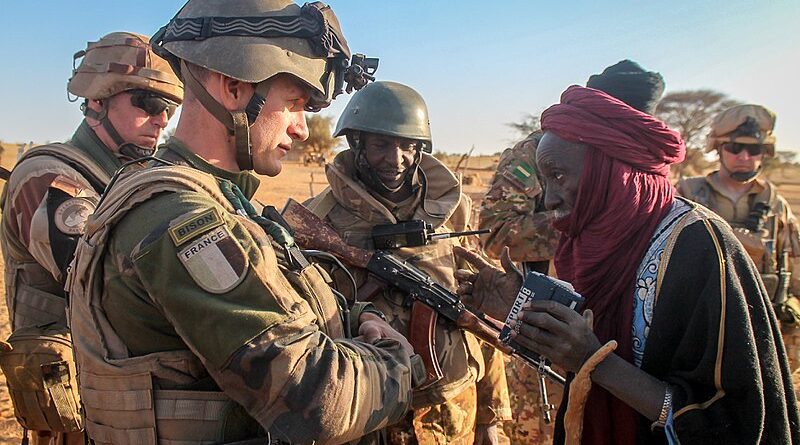 The so-called ‘forever war’ in Afghanistan has finally come to an end in early September, after 20 years of US mission in the country. The recent withdrawal of the US from Afghanistan has sparked a conversation on the concept of ‘forever wars’, on other Western powers – France and other countries in the European Union (EU) – involvement on the African continent, and the similarities between the two military interventions.

The French government sent its troops to the Sahel in 2013 under Operation Serval, after the Tuareg minority began an insurgency in Northern Mali in 2012. In 2014, after the conflict spread into other countries in the region with the rise of jihadi groups, France expanded its mission with the launch of Operation Barkhane, which included support from other European powers including Estonia, the UK, and Sweden, as well as military assistance, form the G5 Sahel countries – Burkina Faso, Chad, Mali, Mauritania, and Niger. The need for France and Mali to involve other countries in the effort to counteract the extremist groups in the region is a clear sign that the strategies adopted since 2013 have not been successful, and eight years later France and the EU still have soldiers on the ground. Even though many consider the Sahel the new Afghanistan, the two conflicts have more differences than similarities. The comparison can be done just on the basis of a long-term conflict that involves foreign powers fighting jihadist groups in other countries with no clear end in sight.

The reason why some analysts compare the two conflicts is that they are both long-term involvements of foreign powers in a conflict miles away. Both the US and France did not expect to prolong their missions for so many years, by turning them into forever wars. The US was initially supposed to go into Afghanistan with the mission of finding Osama Bin Laden, and bring an end to the terrorist group al-Qaeda. However, they remained in the country for 20 years, not only fighting the Taliban who were giving a safe haven to Bin Laden, but also trying to create a new democratic government for a post-Taliban era. France and the EU also find themselves in a similar situation. France intervened in Mali in 2013 to provide help to government troops, but it remained much longer, initally by request of the Malian government, and subsequently due to the expansion of jihadist groups in other countries in the region. France and European powers have been in the Sahel for eight years, and the conflict seems to deteriorate every day, with no end at the horizon, similar to the situation in Afghanistan. In both cases, the prolonged conflicts brought casualties to the Western powers, and the public support for the missions started to fade.

The US decision to send its troops to Afghanistan was in response to al-Qaeda’s terrorist attack on the World Trade Center in New York City, and the Pentagon in Washington, DC. in 2001, and its objective was to stop al-Qaeda, and prevent any future attack on the US. Similarly, the decision of France and EU countries to remain in the Sahel is to prevent a security threat that the countries believe a surge in migrants could cause in Europe. However, the reasons for the interventions are very different. The US was directly attacked by al-Qeda, France got involved in Mali as a form of security prevention.

The Tuareg insurgency of 2012 was just the beginning of the rise of other rebel groups in the Sahel. The Islamic State in the Greater Sahara (ISGS) – affiliated with ISIS – Boko Haram, and the Islamic State in West Africa (ISWA), a faction of Boko Haram that became independent, are active across West Africa. Their success in retaining control over vast territories stems from their ability to exploit economic, ethnic, and religious tensions in the region, as well as the local population dissatisfaction with local governments and state armies, who are accused of carrying out human rights abuses. All these factors also help them recruit people in their ranks. Even though they seem to be successful in gaining territory and recruiting members from the local population, contrary to the Taliban who ruled over Afghanistan in the 1990s until the US invasion in 2001, the Sahelian jihadist groups do not have experience in government. Additionally, opposed to the Taliban who are a united group active in one country, the different jihadist groups in the Sahel have rivalries between ISIS and al-Qaeda affiliates, and are spread out over five different countries, which make the dynamic in the region even more complex.

As the conflicts prolonged, the scope in intervention developed. From trying to capture Osama Bin Laden and bring an end to al-Qaeda, the scope of the US mission in Afghanistan quickly expanded to trying to nation-build and export Western democracy to the country. This decision, however, somewhat distracted the focus of the US and NATO allies from their initial mission and created a situation where the foreign powers had too many objectives to focus on. France and Europe also expanded their initial scope, however, their goal is to support local governments in their development and deliver services to their citizens. The main difference between the two cases is that once the US deposed the Taliban they had to help create a new government and state from scratch, whether the G5 countries already have recognized governments and are fairly democratic. It is only recently that France, and by default other EU countries, have found themselves trying to push for the formation of a legitimate and democratic government, after Mali experienced a military coup in September 2020 and in May 2021. One of the reasons for the 2020 coup was the high number of casualties the Malian army suffered in the past eight years. This brings up the uncertainty that if the Malian military is not fully involved in counteracting the jihadist groups, the risk of the army failing its mission once the European troops will eventually leave, and Mali ultimately fall in total chaos, similarly to Afghanistan, are very likely.

In July 2021, President Emmanuel Macron announced that France will reduce the number of troops involved in Operation Barkhane from 5,100 soldiers to 3,500 by mid-2022, with an end goal to only have 2,500 soldiers on the ground by 2023. Additionally, the European Task Force Takuba will have the main task of training Malian soldiers with the objective of having them leading and carrying out missions independently. 2023 will mark the 10th year of France’s involvement in the Sahel, but if the plan is to keep  2,500 soldiers, for how much longer will France and Europe remain in West Africa? The European govenrments do not want to engange in negotiations with jihadist groups, and they seem set on continuing military action, training, and providing counter-terrorism support to the local military, rather than exploring less conflict-driven alternatives. The G5 governments however, have opened dialogues with Islamist groups, mainly to obtain access to markets and to negotiate for hostages, but they seem to be open to extending the talks to achieve an actual peace agreement. The US also opened a dialogue with the Taliban in Afghanistan. In 2018 the Trump administration began peace talks in the United Arab Emirates (UAE) with the Taliban, but did not include the Afghan government.

As mentioned previously, the differences between the two military interventions are more than the similarities. The main element that makes these conflicts similar is their long-term aspect and the fact that both the US and Europe extended their mission without a clear end in sight, due to lack of success in defeating jihadist groups. What France and European powers should learn from the demise of the American mission in Afghanistan is that military action is not the only option to solve regional tensions, and that start a conversation and negotiation with jihadist groups and local governments are crucial. The good news for Europe, the G5 govenrments are actually very keen on starting talks with Islamist groups, as we mentioned above. France and European powers should also investigate and condemn the human rights abuses allegations against the regional armies. This step is essential in order to begin a transitional justice between the military and by extension local governments, and the Sahelian people, as well as to start creating a feeling of trust between the two parties.

After Afghanistan, the situation in the Sahel is becoming a new forever war, where foreign and local governments invest millions of euros to achieve very little in a long period of time. The Sahel is only one of the three conflicts on the African continent that resemble the war in Afghanistan. The long-term conflict in Somalia has been going on for a decade, and the new rise of jihadist groups in Mozambique have the risk of lingering for years to come.

Bergmann, M. (2021). The next Afghanistan: Europe needs to get serious about defense. Politico,  accessed September 29, 2021, https://www.politico.eu/article/afghanistan-europe-us-defense-strategic-autonomy/

Bond, I., & Scazzieri , L. (2021). You can leave Afghanistan, but will Afghanistan leave you?. Center for European Reform, accessed September 29, 2021, https://www.cer.eu/insights/you-can-leave-afghanistan-will-afghanistan-leave-you

Yade, R. (2021). ‚US failure in Afghanistan serves as a serious warning for the Sahel‘, says Rama Yade. The Africa Report, accessed September 29, 2021, https://www.theafricareport.com/123450/us-failure-in-afghanistan-serves-as-a-serious-warning-for-the-sahel-says-rama-yade/?utm_source=twitter.com&utm_campaign=post_articles_twitter_02_09_2021&utm_medium=social