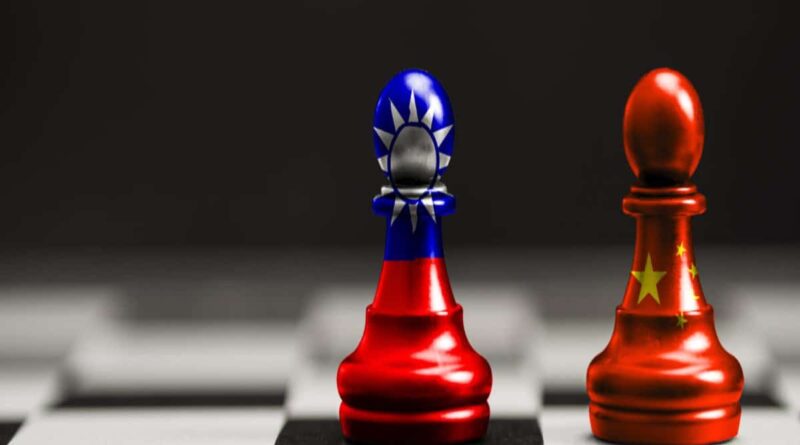 In the last few weeks, international relations between China and Taiwan have been considered the worst in 40 years. Sending a record number of Chinese fighter jets to disrupt Taiwan’s airspace has eroded the fragile relations between the two states. It was a demonstration flight on the anniversary of the establishment of the Communist People’s Republic of China. Taiwan’s Minister of Defence claimed that  He said that Chinese jets have not been flown to the island, Mr. Chiu warned that there was a risk of a misfire.“(BBC 2021)

The Defence Minister also expressed that China is preparing for an invasion more likely than before. In his opinion, China is just working on minimizing the risks.  He also emphasized that China in 2025 will finally prepare for a full-sized invasion of Taiwan. (BBC 2021) However, all these intrusions of Taiwan´s airspace are just a part of a larger long-lasting campaign to undercut Taiwan´s will to defend itself. Another partial goal is to show that Taiwan’s government is no longer able to maintain independence. This is what China is trying to reach. (BBC 2021)

According to China, Taiwan is the sacred land of the People’s Republic of China, and completing the unification of the homeland is a constant task for all Chinese people, including their compatriots in Taiwan. As a result of Chinese pressure, Taiwan is gradually finding itself outside the international community and under pressure from something that we would call the One-China policy. (Sinopsis 2020)

The current tension in relations between China and Taiwan is also commented on by Taiwan’s President, Tsai Ing-wen.  She claims that Taiwan is on the front lines in the fight for democracy as the threat from China grows every day. (The Guardian 2021) The President also expects that all other democracies, which are against China in the region such as Australia, South Korea, and Japan, will hold together to support Taiwan.

The game for superpowers only?

The situation with Taiwan´s airspace has been criticized also by the President of the US, Joe Biden. But the US approach towards the relations between these two states is ambivalent. Contrary, the US officially accepts the “one China“ policy, which means that the US recognizes China rather than Taiwan. On the other hand, Washington provides huge unofficial support to Taiwan in general. Taiwan is a big recipient of the American military weapon systems and small arms. (BBC 2021) Besides, there is a well-known American policy, which says that the US must help Taiwan to defend itself.

Taiwan is one of the most important strategic partners of the US. In recent years, they have supported tendencies to strengthen their diplomatic position. Therefore Taiwan often becomes a territory of demonstration of the military power of the two main rivals in the region. This Washington strategy of using Taiwan as a weapon against China could be a problem that takes the tension to a higher level. (Sinopsis 2021) The recent intrusion of the Taiwan airspace can be considered as some kind of testing the administration of new-elected President Joe Biden in Washington. Later on, for the first time in the history of mutual relations, the US president invited the unofficial Ambassador of Taiwan Hsiao Bi-khim to the USA.

Subsequently as mentioned, a series of flights of Chinese military aircraft over the Taiwan Strain caused tension as Taiwan´s air defense identification zone which is respected by the Chinese military until now, has been disrupted by eight bombers capable of carrying nuclear weapons. (CNN 2021) At the same time, the presence of American fighters was also spotted in the area that Taiwan’s Ministry of Defence does not inform about.

It seems like the Biden administration will most likely continue quietly supporting Taiwan. The government will try to maintain the ambivalence that has characterized relations between the US and Taiwan for a long time. (Keating 2021) According to many experts, Joe Biden possibly sees Taiwan as a “cart to be protected,“ not a triumph card against China. In the future, the Biden administration could focus more on helping Taiwan to gain confidence and ensure its security, control over its economy, dignity, and respect on the world stage. In other words, leaving the future primarily to Taiwan alone, but at the same time providing international support against a stronger opponent. (Macias 2021)

Without a single shot?

The United States cannot save  Taiwan as Taiwanese President Tsai Ing-wen is careful about mentioning Taiwanese independence. But the truth is that the overall trend in Taiwanese society is going in the opposite direction than Beijing would like. (Sinopsis 2021)

Beijing has also offered, as a part of the larger strategy, the policy called “one country, two systems“. Under this policy, „Taiwan would have the right to run its affairs: a similar arrangement used in Hong Kong.“ (BBC 2019) However, this policy has not been approved in Taiwan. President Tsai said that „I want to reiterate that Taiwan will never accept one country, two systems.“ The vast majority of Taiwanese public opinion also resolutely opposes one country, two systems, and this is also the Taiwan consensus.“ (BBC 2019) Nevertheless, the statement of the Chinese President Xi Jinping in 2019 was that Taiwan must and will be reunited with China.

There is also another aspect that raises concerns. Every time Taiwan airspace is intruded on by Chinese fighter jets or bombers, Taipei sends its aircraft. At that moment, tension may occur. Then it could lead to a confrontation unwanted by both sides. On the other hand, there are also crucial opinions of the recent policy towards Taiwan, including videos, movies, etc, that could be created purposefully to prepare the public for the general need of war as a national duty.

China is one of the largest economies and geopolitical power centers in the world, which is trying to influence an international environment and states within. For that purpose, China is using something we call a hybrid conflict. Also, this Chinese influence is often associated with the term Three warfare. (Halper 2013) This concept is interesting in its effort to connect a wide spectrum of activities, such as psychology, information, and legalization, which gives these activities a legal nature. At the same time, the whole concept is trying to avoid physical conflict. This is how the three warfare concept differs from other known strategies, which count on psychological operations only for the preparation of a military attack. The three warfares concept may be understood as a new strategy of information war. (Livermore 2018)

Taiwan is one of the targets of the Chinese three warfares strategy. In this case, there is an effort to create the discourse of a rebellious province, the legitimacy of Taiwan´s existence, or the unity of China. These “activities and operations attempting to exploit political, cultural, and social frictions inside Taiwan, undermining trust between varying political-military authorities, delegitimizing Taiwan´s international position, and gradually subverting Taiwan´s public perceptions to reunite Taiwan on Beijing´s terms.“ (Raska 2015) Furthermore, another part of this concept is an effort to isolate Taiwan by weakening economical connections to other countries.

The card of power: What can China gain?

There is not the slightest doubt that China is carefully preparing for the invasion of Taiwan. Last year, the military training took place in the biggest training camp in China, Zhurihe Training Base. In the video that was released after the training, we can see the attack on buildings that looked completely like a Presidential palace. (Reuters 2020)

The Taiwan invasion is the first step to take control of the South China Sea and important trade routes from East Asia to Europe and Africa, which are crucial for the Chinese economy. Furthermore, this will also put under Chinese control the large capacity of flows of commodities from Japan, South Korea, Australia, and other Indo-Pacific countries to Europe. The result could be significant technological and economical dependence of Europe on China. (ChinaPower 2021) “As the second-largest economy in the world with over 60 percent of its trade-in value traveling by sea, China’s economic security is closely tied to the South China Sea.“ (ChinaPower 2021)

It is necessary to understand that those who control the main maritime supply routes control a large part of the world economy. They can also set up their own rules and standards for international behavior. This would be the worst possible scenario for Japan, South Korea, India, Australia, and the US. For China, this is a huge motivation that may overbalance the risks in the future. Therefore, military training is becoming more frequent and larger in this region as a symbol of determination and willingness.

We can say that the tension in international relations between China and Taiwan is increasing. The intrusion of Taiwan´s airspace is becoming more and more frequent, and bolder, as well as the Chinese behavior towards Taiwan in general. China is also trying to undermine Taiwan´s society using a wide spectrum of approaches. Furthermore, the involvement of the US takes this problem to a higher level.

It might seem that the whole situation is getting closer to armed conflict. However, China is prioritizing an approach, which can be understood as “to get everything without a fight.“ For the Chinese, this represents the highest level of combat skill. Another part of this mentality is waiting, even for decades, to silently take over the control without a visible “earthquake“. Besides, China wants to be presented as the main global superpower and the leader of the world to set up its own rules which require stability and peace.

Unless China feels so strong it can not be defeated even by the US. Taiwan is running out of time while China is getting more and more confident. But still, it is too soon. The United States and its allies are still strong enough. The willingness of the US to protect Taiwan is essential. It seems like the Joe Biden administration prefers to stay on track in terms of mentioned ambivalent US policy towards Taiwan. We can see that the focus of the US administration is now shifting to the Pacific region slowly but surely refers to the recent establishment of the AUKUS Deal. Also, wider cooperation of Taiwan with other democracies in the region including Japan, Australia, and South Korea can be expected.

Source of the picture: https://wargeyskasaxafi.wordpress.com/2020/08/28/china-taiwan-competition-somaliland-implications-small-countries/