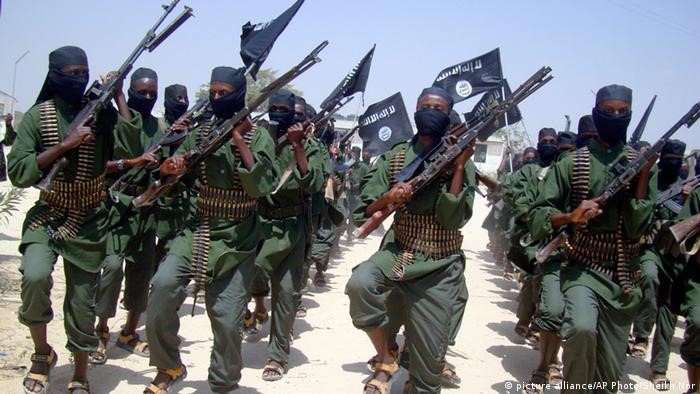 Amid the ongoing delayed elections, The New Year welcomed Somalia with a suicide bombing in the capital. On January 12, a suicide bombing targeted a United Nations convoy traveling near an air force base in the city. The attack left at least eight people dead, and nine others injured. Al-Shabaab claimed the responsibility for the attack. Not long ago, on December 30th, the militant group attacked a town close to the capital of the country. Al-Shabaab started to shoot in a bridge of the town and overrunning the government soldiers that were securing the bridge. The eyewitnesses of the event mentioned that the city police were missing when the Al-Shabaab militants started to shoot. At least seven people were killed including the soldiers that day. How did Al-Shabaab become so influential in the region?  What makes the organization so influential?

FROM A MARGINAL ACTOR TO AN ARMED OPPOSITION

After the Somali state collapsed in the 1990s, the Islamic courts appeared in South-Central Somalia. Locals relied on the Courts for resolving clan disputes, monitoring the militias, and providing a sense of normality that the international community failed to preserve. In 2004, The Islamic courts joined into a single unit also known as the Union of Islamic Courts (UIC). The court started to rule the country and play the role of the central authority. Up until 2006, many roads were built, schools and ports were opened, and many projects were formed by the UIC.

By the 1990s, a freshly formed Islamist group Al-Ithaad al-Islamiya (AIAI) started to gain popularity in Ethiopia, mainly in the border region of Somalia where the population was mainly ethnic Somali Muslims. Ethiopia’s concerns on the security of the country grew having in consideration that the country had the remains of the Saudi-backed Islamic organization, Al-Islah. The country assumed that both terrorist groups were aligned with the Union of Islamic Courts (UIC). As a result, Ethiopia took various actions to disrupt the economic development and peace negotiations in Somalia. In late 2003, the new Somali Transitional National Government (TNG) in cooperation with Ethiopia set up a political environment where Islamist-styled organizations were marginalized. Eventually, Ethiopia began to intervene in the political sphere of Somalia. Moreover, it started to form a perception in the international sphere that Somalia is a country that hosts radical Islamist organizations.

The allegations from Ethiopia towards Somalia took the attention of the US. After 9/11, the USA declared the „War on Terror“. A report from US congressional Research Service declared that the USA is ready to use all the possible tools (economic sanctions, military deployment, etc.) to prevent the expansion of terrorism in the region. Consequently, the US blocked the largest remittance system-Al-Barakaat. The USA was afraid that this organization was being used by al-Qaeda for financing terrorism. However, after one year the US did not find any link between Al-Qaeda and Al-Barakaat. Moreover, US intelligence started to arm and fund a small group of Somali mercenaries known as the Alliance for the Restoration of Peace and Counter-Terrorism (ARPCT), the main purpose was fighting Islamic radicals. The group did not achieve the expected results. The Somali civic society became even more dissatisfied with the foreign intervention in the country.

In December 2006, Ethiopia attacked Somalia with 14,000 troops. UIC ended and many rulers fled. The young wing of UIC which is also known as Al-Shabaab emerged to fight the Ethiopian forces. Many Somalis became part of Al-Shabaab not for being part of a radical Islamic movement and following a particular ideology, but for defending the country against the Ethiopian invaders. Even though the Ethiopian attack on Somalia was a reason for branding today’s Al-Shabaab, it was not the only one. A big scale of corruption by the Western-backed governments of Somalia, and the lack of securing payments after the program training of Somali police by the UNDP had their contribution in forming Al-Shabaab. Al-Shabaab appeared as the most credible organization offering solution to the problems while arranging the implementation of Sharia law. The combination of nationalism which was enhanced by Ethiopian attacks and the USA, and the Islamic rhetoric which was supported by the religious leaders and foreign fighters created an organization that became consolidated and more popular as years passed. Al-Shabaab continues to play the role of Somalia’s defender from foreign and domestic threats. The group frequently attacks foreign personnel, journalist, government officials, and has conducted attacks on Turkey which views it as a foreign invader. Moreover, the FBI revealed an Al-Shabaab plan to conduct a 9/11-style attack in 2020.

RELIGION, AN UNITING TOOL FOR AL-SHABAAB

Al-Shabaab is a Salafi-Jihadist movement by ideology. The Organization embraces Salafism. Al-Shabaab does not only believe in creating the Islamic State of Somali, but also of Kenya, Ethiopia, and Djibouti. After the 90s and at the beginning of the 21st century, Somalia had severe economic problems and the personal security of the civil society was at the lowest. Due to the war with Ethiopia and other internal conflicts, the insecurity grew more. As a result, people turn to religion, and it became a promise of hope for them. Islam in itself offers solutions on how to deal with social injustices, the poor in society, and other related social issues. The use of religious symbols grew, and religious preachers become more popular. Al-Shabaab was inspired by the rising of Islam in Somali society and benefited from it. The organization started to grasp Islam ideology even more and construct and form itself according to the Islam interpretations.

In the 90s, Islam was the only religion that could fill the ideological vacuum in Somali society. Other ideologies such as Marxism could not be implemented due to the fall of the Soviet Union, Liberal Democracy was not supported by the mass population because the US was actively supporting the local dictators, and Nasser’s defeat in 1967 made it impossible for Nasserism ideology to be implemented in the Somali society. In the past, democracy was tried out (1960–1969) and it was anarchic and confusing. And from 1969-to 1991 the Fascist/Marxist nationalism-inspired government resulted in authoritarianism and dissolution of the society in clans. Moreover, Islamism ideology became more and more popular in the Middle Eastern countries and Iran during this period. It made more sense for the Somali society to accept Islamism as a political ideology rather than other already ideologies that proved to be unsuccessful.

Through the years, especially in 2010-11, the Al-Shabaab organization was challenged quite frequently. Many leaders and other members tried to leave the organization, and there were many speculations that Al-Shabaab was on the verge of a split. Despite the ups and downs of the organization, it still maintained to carry its activity and survive. A crucial role in its success is religion which provides a form of unity among its members. It kept the organization together although its state was undermined. The religion kept the foundation strong. It is the rules that it is manifested and adapted to the organization where you either adhere to them strictly or do not belong to the community.

WHAT’S NEXT WITH AL-SHABAAB AND SOMALIA?

Although the terrorist activities are reduced due to the counter-terrorism efforts by the local government, Al-Shabaab continues to conduct civic casualties and maintains control in over 20 percent of Somalia’s territory which includes the areas around the border with Kenya and the Jubaland region.

Al-Shabaab networks lie beyond Somali borders. The international links that the organization has helped the organization maintain its power. Through the years, Al-Shabaab has succeeded in attracting foreign fighters, and it joined al-Qaeda in 2012. Al-Qaeda was largely based in Sudan and offered support for terrorist organizations in the region. However, by 2015 Al-Shabaab ties with Al-Qaeda were worsened. Part of the reasons why the relations worsened was linked to operational problems. The connection with Al-Qaeda helped Al-Shabaab to learn various tactics, but it offered very little in the way of management at the administration and governance level. Al-Qaeda became more as a general advisor for Al-Shabaab rather than a partner, and marketing of Al-Shabaab ties with Al-Qaeda became much smaller. The triumph of Al-Qaeda in Afghanistan indicated that even the terrorist organization can come in control of the government. Suspicions lead to the assumption that there might be an „Arab Spring“ effect and Al-Shabaab might be motivated by Al-Qaeda’s victory in Afghanistan and be supported by them. However, Al-Shabaab has not discussed or celebrated the victory of Al-Qaeda in their propaganda broadcasts so far.

On January 12, a car bomb killed eight people in the capital of Somalia. The militant group Al-Shabaab claimed responsibility for the attack. In the article „Car Bomb Kills 8 in Somalia’s Capital“ written by The New York Times on the same issue, Al-Shabaab is clearly classified as Al-Qaeda linked extremist group. The truth is that Al-Shabaab has hosted Al-Qaeda members, has trained its people in the messages of Al-Qaeda, and has worked closely with each other. Theoretically speaking, the new government in Afghanistan which is comprised of Al-Qaeda members would want other government that shares the same or similar ideologies to form alliances and cooperate with. The Somali president’s national security advisor, Abdi Said Ali, mentioned that Al-Shabaab cannot be compared to Al-Qaeda. He added that Al-Shabaab’s military power is way smaller than the government ones, and Al-Qaeda is not the same as Al-Shabaab regardless of their belief.  However, this argument does not stop Al-Shabaab from being a decent potential partner for the current government of Afghanistan and outgrow in number and power.

As the government of Somalia becomes more consolidated, the need to eradicate Al-Shabaab increases. Currently, Al-Shabaab continues to receive more money than the Somali government through its tax system. The main source of tax incomes comes from ports, especially the Mogadishu one. Another source of income for Al-Shabaab is the zakat which is a 2.5% religious‘ tax on personal property. Also, many of the Al-Shabaab members that support the organization are involved in businesses. A report released by the Mogadishu-based Hiraal Institute estimates that $15 million a month Al-Shabaab earned from imports, trade, agriculture, and livestock. However, the government is putting efforts to regain the power in Somalia territory, although the influence of Al-Shabaab remains strong. On January 26th of 2022, the Somali National Army (SNA) has seized several villages in central Somalia (Middle and Lowers Shabelle) where the Al-Shabaab militants are prevalent. The United States and Turkey are known to keenly contribute to the battle against Al-Shabaab. Until now, the rural central and southern Somalia are still predominated by Al-Shabaab militias.

So far, Al-Shabaab remains one of the biggest security challenges for the Somali government. The government of Somalia is young, and its bodies are still not consolidated enough to combat alone such a big security threat. To successfully eradicate Al-Shabaab requires a joint determination and effort from all the political parties and not to politicize the security concerns. While the government increases the potential of its security forces to combat Al-Shabaab, more fights are expected to occur especially in Mogadishu and other areas controlled by the militant group. Also, it is in the best interest of Somalia to exterminate Al-Shabaab without the help of other international actors such as the USA and Turkey. If Somalia succeeds in combating Al-Shabaab while minimizing the foreign help, it may lead to a confidence boost for the country and its people.

Source of the picture: https://www.dw.com/en/dozens-killed-as-al-shabab-militants-ambush-somali-government-convoy/a-18676736

Liam Karr, Emily Estelle (2022). The Africa File is a biweekly analysis and assessment of the Salafi-jihadi movement in Africa and related security and political dynamics. Criticalthreats.org, accessed February 7, 2022. https://www.criticalthreats.org/briefs/africa-file/africa-file-al-shabaab-surges-bombings-amid-somali-political-crisis

Mohammed Ibrahim Shire (2021). Now Is the Time to Engage Al-Shabaab. Religious Leaders and Clan Elders Can Help.War on the Rocks, accessed February 7, 2022. https://warontherocks.com/2021/10/now-is-the-time-to-engage-al-shabaab-religious-leaders-and-clan-elders-can-help/