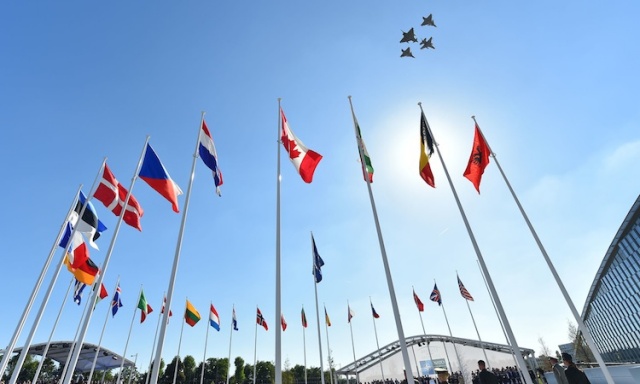 Permanent Structured Cooperation, shortly PESCO, is a new defense project of the European Union, which can be perceived as a milestone in defense and security in Europe since 1945. This defense cooperation has been developed as a reaction on several actions and security threats. The main purposes of this analysis are to analyze causes of the establishment of PESCO cooperation, its impact on the European Union and the role of the Czech Republic with potential future path. The focus is given on “racio” and security relevance of the steps made by the EU and the Czech Republic.

First of all, it is important to consider that since the end of the WWII, there have always been calls for establishing united single European army. However, it has never happened as it has been even impossible to come to a unanimous agreement, and the situation in terms of Brexit has not made it easier. There is a question related to defense changes, which state will substitute the UK in the strong position in the EU, and therefore in the European security and defense policy. Germany has strongly improved and strengthened its position as it has participated in military operations. However, it is needed to be supported from France and partially from Italy too. Furthermore, the UK not only has been able to provide military and nuclear equipment and forces, but also has been an extremely strong initiator for improving common crisis and operational management.

Germany, however, is not the only member state which desires to become “the crucial state” in security and defense area. Representatives from France traveled to the USA in 2016 to discuss the situation after the Brexit in terms of French position in security and defense. France is sure about its military capabilities and represents itself as a new partner for the USA. Both states also promoted the new pact as the reaction on the UK’s decision to leave the EU.

The next cause of this deeper cooperation in security and defense is political and military aggression of Russian Federation and the annexation of Crimea in 2014, which caused destabilization of the region, especially in the Eastern Europe not only in terms of geopolitical situation, but also in terms of internal political tensions as well as struggles.

The last but not least, the inauguration of the new American president Donald Trump and his completely different foreign policy changed the global discourse. As the USA decided to withdraw from Nuclear Treaty between the USA, the EU and Iran, it has changed political, geopolitical and defense situation not only in the Middle East, but also on a global level and will probably lead to closer cooperation of Iran and the EU.

However, the other relevance can be seen also towards increasing of insecurities in terms of terrorist threats as well as new area of warfare – cyber-sector, which became one the most insecure areas in defense. Enormous differences and gaps in securing each country in different areas have been causing problems in terms of actions of the EU as such.

Framework and decision-making process under PESCO

PESCO is a framework based on Lisbon Treaty which is to maintain and deepen collective defense, to build the EU military industry and to strengthen European integration. The long-term goal is to become complementary to NATO, which will stay a crucial partner. It should also serve as a support for armies of each member state. They should cooperate during operations among European military groups. Even though such military and defense cooperation are defined in Lisbon Treaty, nothing really happened until Brexit. This unique cooperation should deepen defense readiness, improve military capabilities and unified defense and military policies as well as external actions.

Moreover, it is also about making the European Union independent on deciding when it wants to cooperate with other partners and when it wants to act independently as a one strong actor. As the military capabilities will be under each state’s ownership, each state can act also within different activities under the UN or NATO. Also, PESCO project exists for giving CSDP chance to make its goals happen.

This type of cooperation is different because once a state becomes member of this community, it is a binding membership. However, the entrance into PESCO is voluntary. Those states who are member states of PESCO cooperation are also decision makers.

There were four steps managed by the European Commission that must have been done to maintain proper implementation and management of the functioning cooperation.

First of all, it was needed to have commitments from participating states in the areas of defense capabilities, operations or for example investments. Second of all, there was a common notification signed in the fall 2017 which was approved by High Representative and the Council. The main rules and norms were defined as well as legal framework. Furthermore, lately in December 2017, the council adopted a list of participants. 25-member states decided to join PESCO cooperation and approved first 17 proposals for projects. The last step happened in March 2018 when these 17 projects were adopted.

PESCO and projects under this new cooperation can be divided into three main groups according to its focus:

As these first projects were approved, it will be followed by an identification and specification of new projects, which should be adopted in November 2018.

As it can be seen, close cooperation of participating states can strengthen all aspects of proper defense and security in the European Union from naval warfare to land and air warfare including new trainings, methodology and equipment.

Participation of the Czech Republic in PESCO

One of the novel initiatives launched by the E.U. in response to a quickly changing security environment, characterized by events such as the British exit from the European Union or the recent migration crisis, the initiative aims at encouraging coordination between states in matters of security, and already includes all but three of the current European Union member states, these being Denmark, Malta, and the United Kingdom. Similarly, to most E.U. member states, the Czech Republic has vowed to be in the forefront of at least three PESCO projects and seeks to participate as an observer in a number of other projects. Consequently, we have chosen to focus on the current levels of Czech participation in PESCO, followed by what the future involvement of the Czech Republic in the project may look like.

The aim of the Czech Republic is to be at the fore of three projects in PESCO, these being European Medical Command, Military Mobility, and the European Union Training Mission Competence Centre, as well as playing the role of an observer in several other projects, with the example of these being the EUFOR Crisis Response Operation Core, or the Indirect Fire Support projects.

However, in comparison to other states of the European Union, the participation of the Czech Republic is relatively small in terms of the number of projects it is involved in. Countries from both Western and Southern Europe, such as Germany, France, the Netherlands, Spain, or Italy, are significantly ahead in terms of participation in the various PESCO projects, and the Czech Republic is further overshadowed by one of its Visegrad Group partners, Slovakia, which takes part in five different projects of PESCO, and serves as a lead participant in one project, the Indirect Fire Support.

Although, contrary to many projects proposed by countries of Western and Southern Europe, Slovakia’s project has met with limited success in terms of participants, it has still found more support than two proposed projects of the Czech Republic which were written in two weeks. Therefore, in terms of participation in the PESCO projects, the Czech Republic itself is still behind several states and potential exists for further involvement. Furthermore, The Czech Republic is not so active in project proposals as well.

The Potential for Future Participation

Czech rhetoric regarding PESCO indicates the existence of interest, and potential larger future engagement, in more active participation in the future. So far, the Czech Republic has met with a lack of success in attempting to garner support for its proposals for PESCO projects, and overall, when it comes to projects from the Visegrad Four and Eastern Europe, only two project proposals have been accepted into the fold of PESCO projects. These being Slovakia’s Indirect Fire Support and Lithuania’s Cyber Rapid Response Teams and Mutual Assistance in Cyber Security.

However, according to the Czech Minister of Defense Karla Šlechtová, the Czech Republic is greatly interested in performing as a leading actor in the second wave of Permanent Structured Cooperation projects, particularly in areas based on sharing training capacities of passive surveillance systems, chemicals utilized for military purposes, and in the sharing of capacities for the training of jet fighter pilots. Currently, Czech proposals should already have been finished and are to be debated in the November enlargement round of PESCO. These plans indicate potentially more substantial future involvement and participation in the initiative, but also mean that the Czech Republic needs to address several objectives.

The PESCO initiative sets out several commitments for its member states to fulfill, based on collective benchmarks identified in 2007, with the path to fulfilling these commitments to be reviewed annually. Among these are, for example, the commitment to increase the share of expenditure allocated to research and development of defensive technology with a view to nearing 2% of total defense spending, a binding commitment regarding defense expenditure, which requires a successive increase of defense expenditure to 20% of total defense spending, and the commitment to regularly increase defense budgets in real terms. These are just few of the requirements that the Czech Republic should be fulfilling, yet, the Czech Republic will be required to significantly increase its overall defense spending in the years to come to fulfil these.

Development of PESCO project is a milestone and extremely crucial step towards more secure European Union while keeping its independence and each Member state the freedom of choice. It has probably made the EU new united actor in the sphere of defense and military, also thanks to the standardization and unification of military and defense norms. Furthermore, it should lead to a more independent activities on UN or NATO. PESCO project is unique thanks to its voluntary entrance and partnership on each project, but with specific rules and norms regarding fulfilling obligations. Establishment of such cooperation is a consequence of several security threats and geopolitical changes happening last years.

There is a space for more participation when it comes to the current involvement of the Czech Republic in PESCO. While there is a plethora of countries ahead of the Czech Republic regarding this participation, the possibility of more Czech involvement in the future exists, if we pay attention to the government’s rhetoric regarding the PESCO initiative. But, it is also clear that participation in the project also brings challenges, which will have to be addressed, if PESCO involvement is to be successfully maintained.